Seven Group Holding’s performance may be more accurate barometer of the state’s finances than treasury calculations. 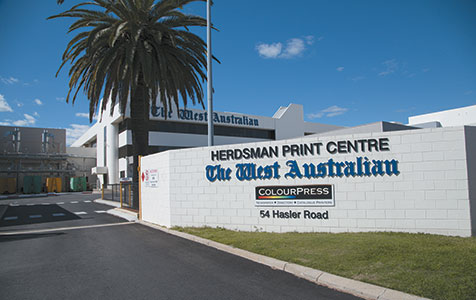 Economists might argue with the method, but there is a new and easy way of measuring the performance of the Western Australian economy, right down to identifying this year’s peak – March 7.

That was the day the share price of Seven Group Holdings hit its 12-month high; and while not widely recognised yet, Seven is the business that has replaced Wesfarmers as a corporate proxy for WA.

The changeover from Wesfarmers to Seven is a result of the two companies heading in different directions – Wesfarmers has gone national, while Seven has become more concentrated in WA.

Wesfarmers’ shift out of its home state began with an investment in Queensland coalmining and was completed with the 2007 acquisition of the Coles retailing business.

Seven’s heavy focus on WA can be found in its television and newspaper interests held in Seven West Media, the Guildford-based Westrac industrial equipment business and, more recently, interest shown by its new oil and gas division in buying the assets of Apache Corporation, which include a slice of the Wheatstone LNG project and a number of smaller oilfields.

Confirmation of Seven’s heavy exposure to WA can also be found in the gloomy forecast from Seven chairman and majority shareholder, Kerry Stokes, about the state’s poor growth outlook over the next two years.

According to Mr Stokes, WA is heading into its toughest economic times for 23 years, largely as a result of low commodity prices.

He has downplayed his original comments by adding that we’ve had 20 good years, so a few bad years shouldn’t hurt too much. Unfortunately the gloomy cat was well out of the bag by the time he trundled out the soothing words, perhaps to ease the concerns of Seven staff.

No-one who has ridden WA’s economic roller-coaster will argue with Mr Stokes’ assessment of the outlook, least of all Premier Colin Barnett, who has finally been forced to trim government spending – something he should have started doing last year when the outlook first started to cloud over.

What Mr Stokes has also done with his assessment of the WA economy is expose the critical importance of the state to his business interests, and his personal fortune, which peaked on March 7 when Seven Group’s shares hit their 12-month high of $9.42.

At that high point, Seven was valued on the stock market at $2.83 billion and the value of the 67.87 per cent stake held by Mr Stokes and associated interests in Seven stood at $1.92 billion.

WA was still travelling high back on March 7, with the iron ore price around $US110 a tonne and Mr Barnett confident he could deliver a balanced budget.

A week later, on March 14, the iron ore price started to fall rapidly, sliding to its recent level of around $US80 per tonne

That $2.80 decline has knocked Seven’s market value down to $1.99 billion, and the value of Mr Stokes’ interest in the stock to $1.35 billion, a decline in his fortune of about $570 million.

It is impossible to say how much of that decline is directly attributable to the falling fortunes of WA and its resources sector.

But there is no doubt the mining sell-off is a big factor, just as it is for other rich people in WA, including Andrew Forrest, who is $2.7 billion poorer today as a result of the fall in the share price of Fortescue Metals Group from its peak of $6.22 to recent trades around $3.46.

FMG, however, is not a useful proxy for the WA economy because of its single-commodity focus.

That title belongs to Seven thanks to its media interests, which are heavily exposed to retail advertising, especially its newspaper division, and the Westrac business, which is heavily exposed to demand for mining equipment, and perhaps in the future to oil and gas interests.

If the argument of Seven being a measurable proxy for WA is valid, and if March 7 was the peak, it is to be hoped the bottom was reached earlier this month (October 13), when Seven hit its 12-month share price low of $6.31.

The good news in that final observation is that, if Seven has become a proxy for WA’s fortunes, then perhaps Mr Barnett and his treasury officials might find the company’s share price a more useful forward looking indicator than the cloudy crystal ball they’ve been using.

IRON ore is not the only market being hit by a flood of surplus material. Equally interesting floods are occurring in oil, coal and most other forms of energy.

As an investment guide, what’s happening is a perfect negative lead, because it’s telling everyone that energy will be generating lousy returns for some time.

The falling price of liquefied natural gas is what’s being watch closely in WA, but if you look outside this state you will see that low coal prices are a big worry in Queensland and the recent collapse in the oil price is a huge problem for big exporters such as Russia, Venezuela and even Saudi Arabia.

Boiled down, what’s happening is that the delayed arrival of a global oil shortage (Peak Oil) is upsetting carefully prepared plans for every other sort of energy, including renewables such as wind and solar, which are built on economic assumptions that are no longer valid.

IF oversupplied markets are a tough place to make a profit, then smart investors will be looking for places where shortages exist and, somewhat surprisingly, they’re not that hard to find – even in the commodities world.

A short guide for value-hunting investors is to take a closer look at most of the base metals, especially zinc, and to include a few speciality materials such as diamonds, bauxite and tin.

There are even a few agricultural commodities worth keeping an eye on, especially cocoa, which is being squeezed by a natural decline in West African plantations, and more recently, by the Ebola outbreak.