Service providers and developers are pursuing opportunities in WA’s growing aged care and retirement sector, with a pipeline of property overhauls and new builds worth more than $500 million. 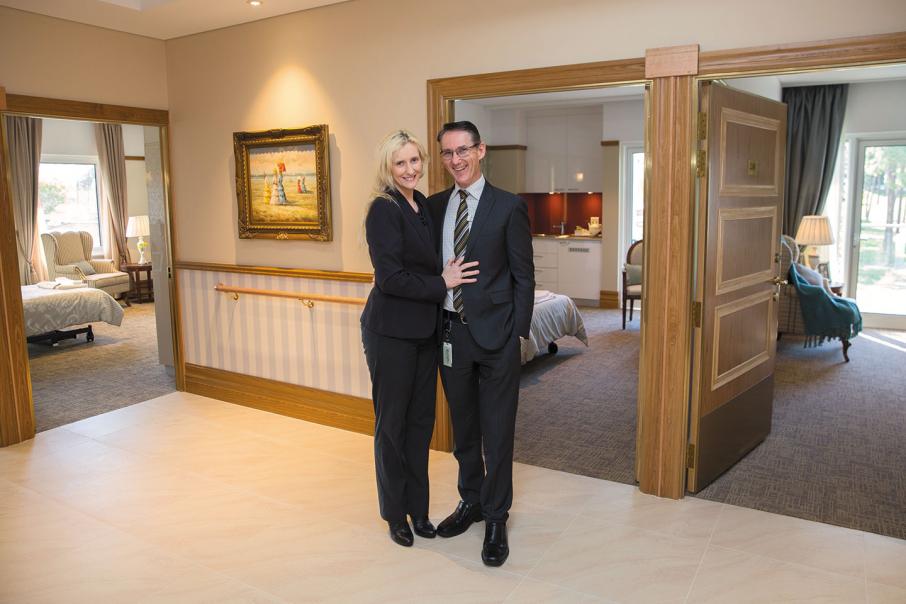 Glen and Karen Gillingham’s second Berrington facility, opened in Como earlier this year, has an interior design and suite of services similar to an upmarket hotel. Photo: Attila Csaszar

Perth could be home to more than 1 million people aged 65 and over by 2050, nearly three times the number recorded in the 2016 census.

With an estimated shortage of 3,000 aged-care beds already facing the state, service providers and developers are hastening efforts to provide more accommodation.

More than a dozen aged-care facility and retirement upgrades and developments are planned, under way or recently completed across Western Australia, collectively representing more than $500 million worth of investment (see table).

At the top end of these projects is the new $60 million, 99-bed Berrington Care Group facility in Como, where curated artworks line the curved cruise ship-like walls, a la carte meals, wine and beer are served by wait staff, and rooms, all fitted with balconies, are accessed via key cards.

Owners Glen and Karen Gillingham opened the first Berrington facility in Subiaco four years ago, and expect to open several more due to demand for their high-end service offering.

“Most aged care facilities you walk into are very clinical and hospital-like; Berrington is like a hotel,” Mr Gillingham told Business News.

“When you come here you don’t feel like you’re being ‘put away’.

“We provide a higher level of service compared with everybody else.” 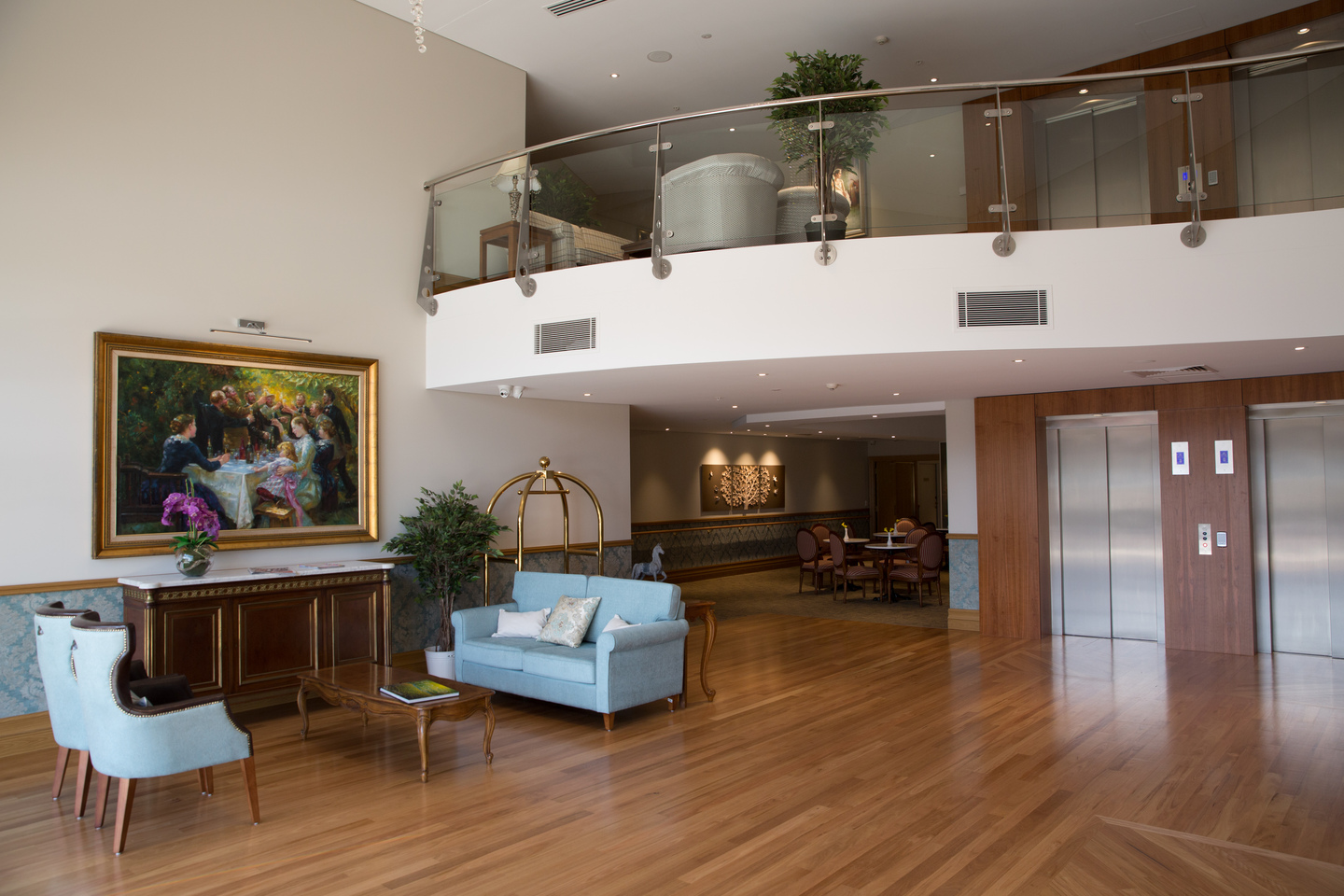 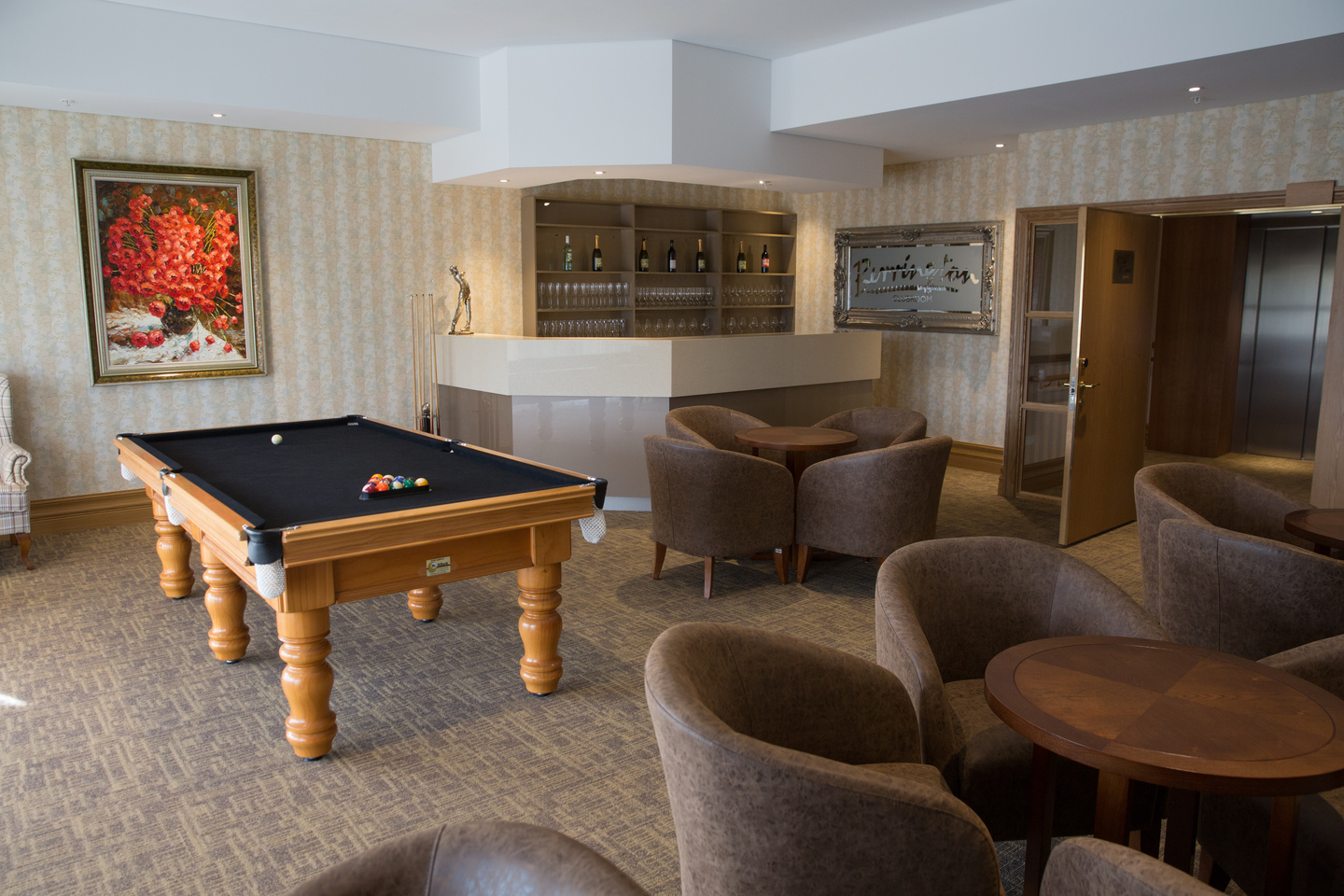 Inside the communal living areas. 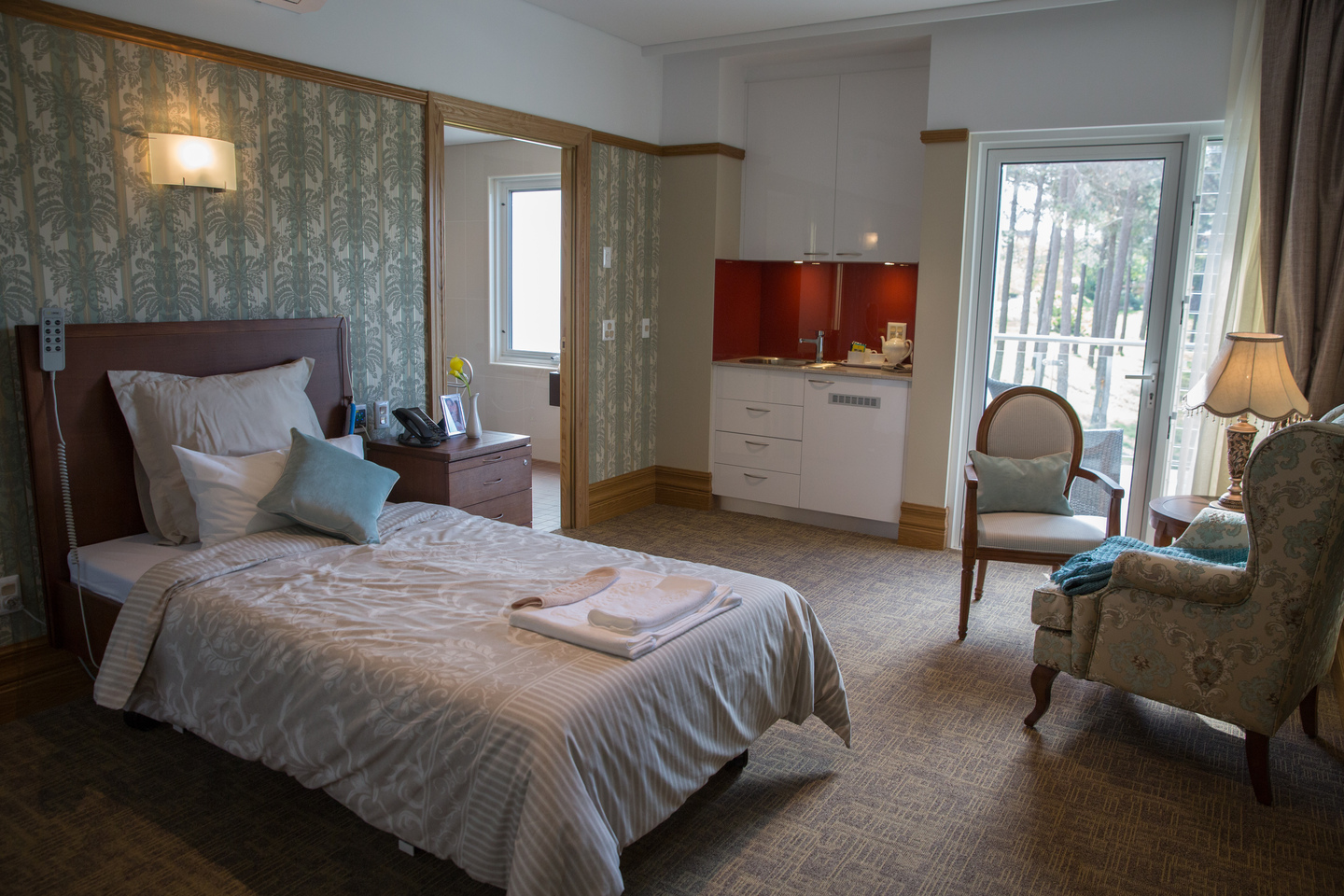 One of the bedrooms at Berrington Como.

The federal government’s Consumer Directed Care (CDC) model, implemented two years ago after a 2013 pilot project, gives customers more control over the types of services they access and from whom.

“If you don’t meet your customers’ needs, you don’t have a business,” Mr Gillingham said.

“We’re already ahead of the curve.”

“There are three pressures in this space – a reduction in government subsidies, a deregulated competitive market, plus a change in customer base,” Mr How told Business News.

“This is forcing organisations to really look at their running business and offerings.”

“Delivering services within a hospitality framework as opposed to a hospital framework gives you a market differentiator.” 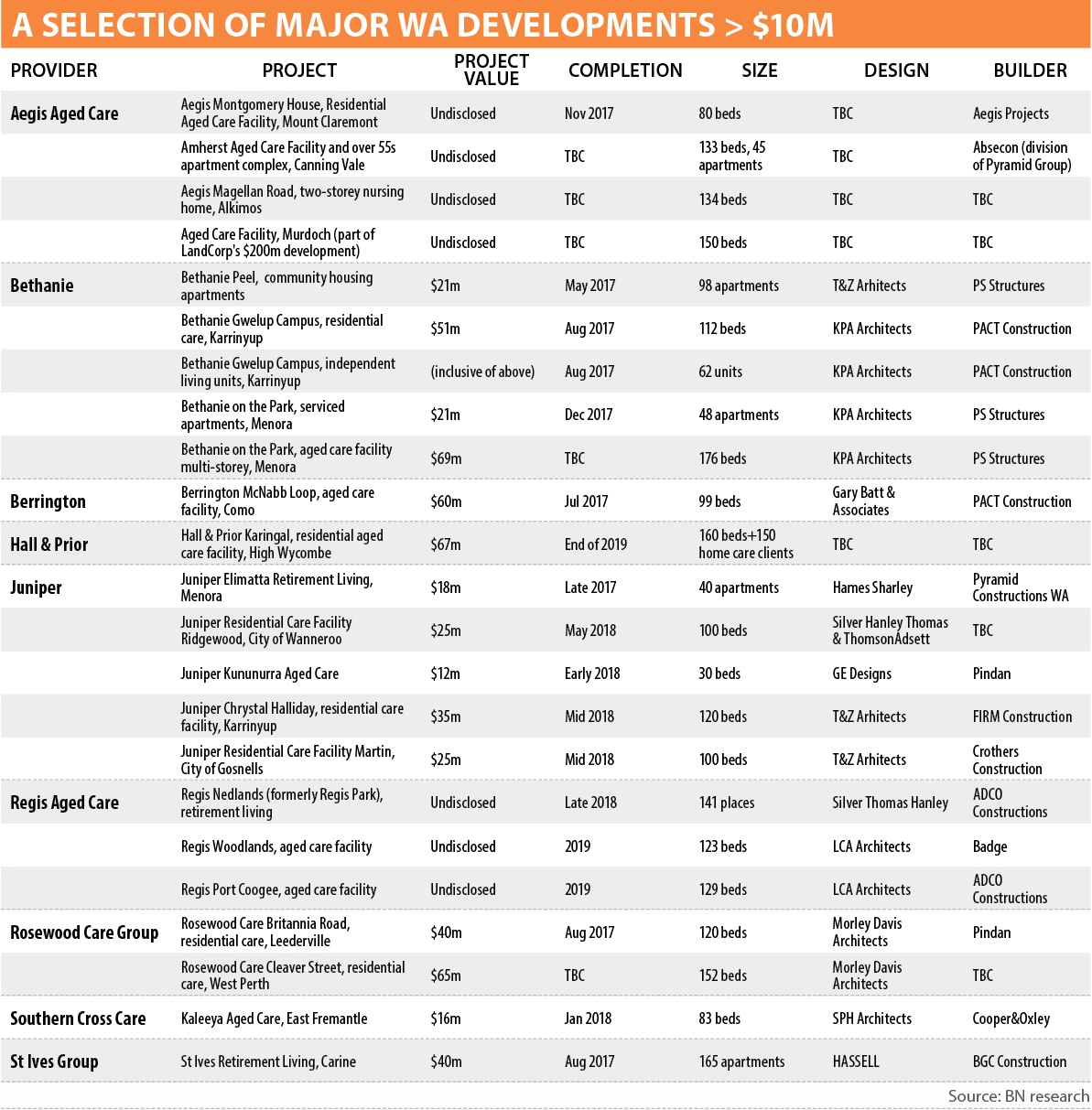 Like Berrington, the not-for-profit organisation’s latest $51.1 million development, located on Lake Gwelup in Karrinyup, promises to offer a heightened experience.

It comprises a 112-bed, two-storey residential care complex as well as an adjoining 62 one- and two-bedroom apartments, with additional features including a bar, hair salon and wellness centre. 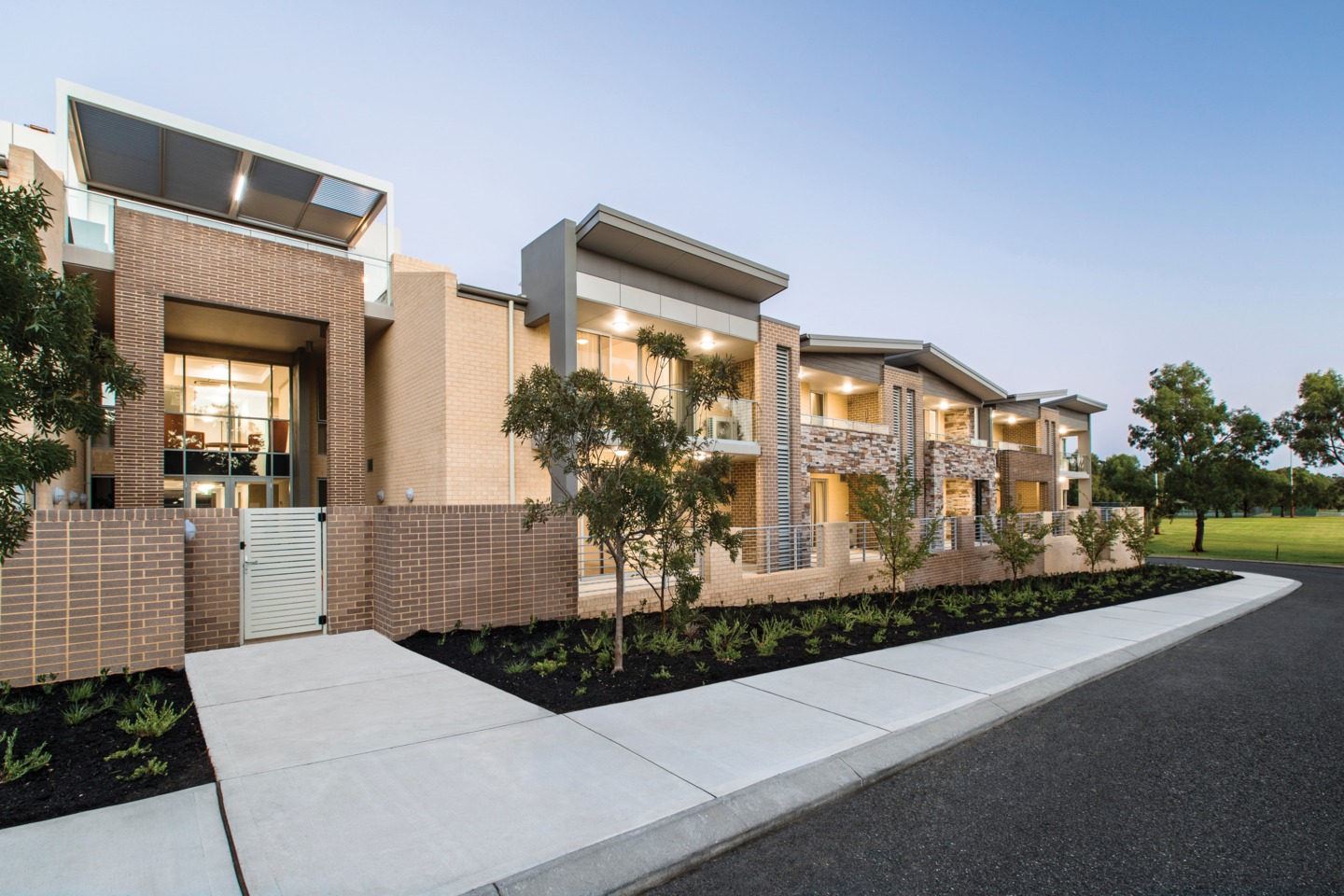 Mr How said future projects would aim to develop vertically integrated aged facilities and apartments located in a single complex. This would allow for a continuum of care, where apartment dwellers could easily transition to the care facility if needed.

“Bethanie sees this as the future of aged accommodation development in Perth,” Mr How said.

Bethanie has invested a further $89.7 million in its Bethanie on the Park project in Menora, with construction under way for a 176-bed, multi-storey aged-care facility and 48 serviced apartments.

Apartments are also front-of-mind for St Ives Group, which worked with property group Cedar Woods to deliver stage one (63 out of a total 165 apartments) of its $40 million retirement living project, located within LandCorp’s Carine Rise development.

Another service provider seeking to substantially grow its property portfolio is Balcatta-based Juniper. It has invested $95 million in several projects, including three facilities currently under construction, as well as its Juniper Elimatta Retirement Living project in Menora, which started construction in August and will feature 40 contemporary apartments over three levels.

The state’s largest aged-care provider as ranked by total number of beds on the BNiQ Search Engine, Aegis Aged Care Group, also has big plans for current and future assets.

It has partnered with Fini Group for a planneda 150-bed aged-care facility at LandCorp’s Murdoch Health and Knowledge Precinct, and is set to open Montgomery House, five years after it purchased the former hospital for the mentally ill in Mount Claremont for an undisclosed sum.

Aegis did not respond to enquiries by Business News, but a job advertisement posted on Seek in August for a facilities manager stated the building had been ‘transformed into an 80-bed residential aged-care facility’, with services to commence in November.

Aged care organisation Hall & Prior Health and Aged Care Group, which has 25 nursing homes across WA and NSW, also plans to redevelop a heritage-listed building after purchasing the former Woodside Maternity Hospital in East Fremantle last month, in a joint venture with a local superannuation fund, for $13 million. 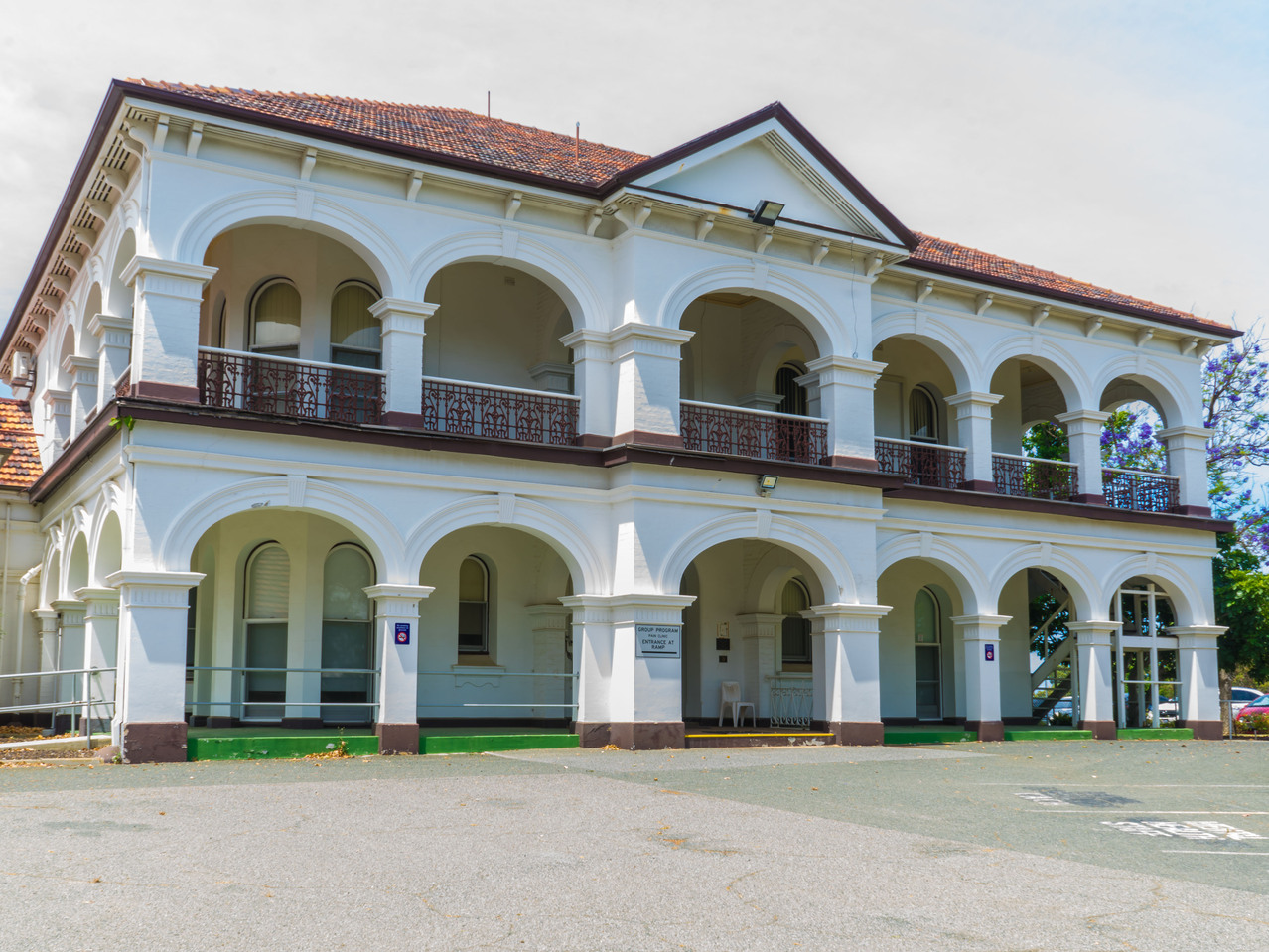 Urban Development Institute of Australia WA chief executive Allison Hailes said dedicated seniors living and lifestyle villages made up a growing segment of the property market, with the desire to ‘age in place’ at home or within their existing neighbourhood emerging as a key priority for older people.

“While facilities are often located on larger, more isolated sites, a number of developers are now producing vertical projects that offer people the same services and amenities within a denser, urban setting, where access to transport and other community facilities is more practical,” Ms Hailes said.

“Government and private industry must be in tune with the changing housing needs of this demographic.”

Providing options to age in place is a key focus for Rosewood Care Group and its $105 million worth of 2017 developments.

“The reality is that many people are unable to find aged-care accommodation,” Mr Zulberti told Business News.

“Families are being forced to travel long distances to visit their relatives, who have no option but to take an aged-care bed in a far-flung suburb.

“Heartbreakingly, some couples are faced with separation because of the lack of beds.” 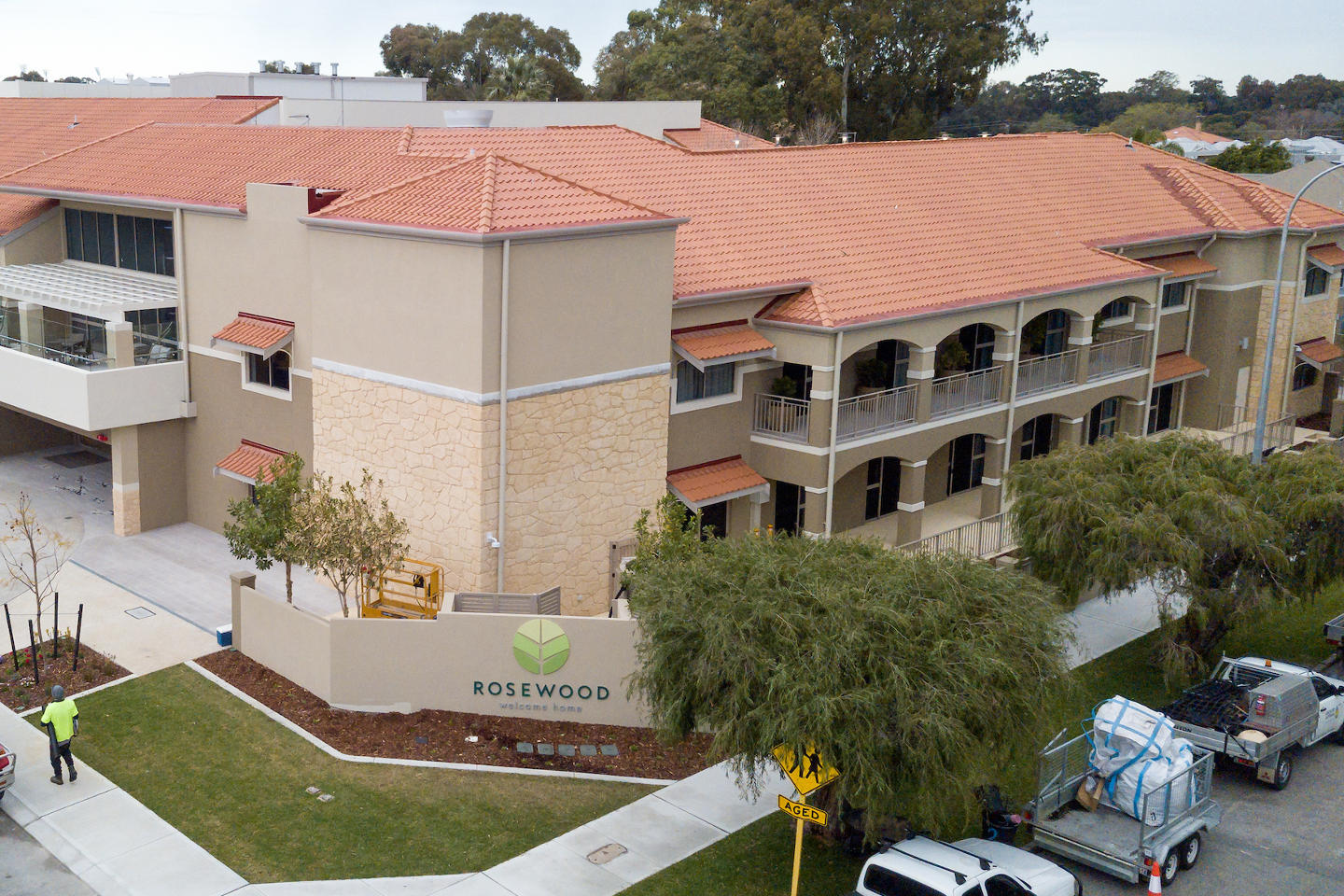 In addition to a wellness centre, equipped with a podiatry and dental room, and self-serve cafe, Mr Zulberti said the new home offered adjoining rooms so that couples could remain together.

Rosewood also has plans for a $65 million revamp of its Cleaver Street aged-care facility in West Perth, which will cater to 152 people over four storeys.

Service providers are not the only organisations to have recognised the growth opportunities in this space. In July, West Perth’s The Richardson Hotel & Spa lodged an application with the City of Perth to repurpose the building’s use from a hotel into a nursing home.

Apartment developer Blackburne has also identified a role it can play in providing an offering to WA’s ageing population.

Its new $90 million Essence development at LandCorp’s Claremont on the Park precinct, a 140-apartment block, will house aged-care agency Amana Living on the ground floor of one of its three buildings.

Amana Living will provide specific aged-care services that senior residents can fund through CDC packages, including personal care, medication and transport, and will also offer concierge-type services when residents are away, as well as general cleaning and maintenance.

Blackburne general manager of developments, Jarrad Sizer, said people seeking to downsize had emerged as a core buyer demographic for the Essence apartments.

“We saw a gap in the market,” Mr Sizer told Business News.

“There’s apartment developers like ourselves and then there’s aged-care providers; there’s really no one that has targeted that space in between.

“There were people who didn’t consider themselves ready for retirement villages or aged care but liked the idea that there was a service provider onsite, a fallback option for down the track.

“They know they can age in place without having to move because of the services downstairs, and there was a desire from buyers to be surrounded by other aged groups.

“It’s about future-proofing their new residence; customising options to put in things like grab rails and wider bathrooms.”

Amana Living will offer its services to the entire 700-plus apartments due to be built at Claremont on the Park. 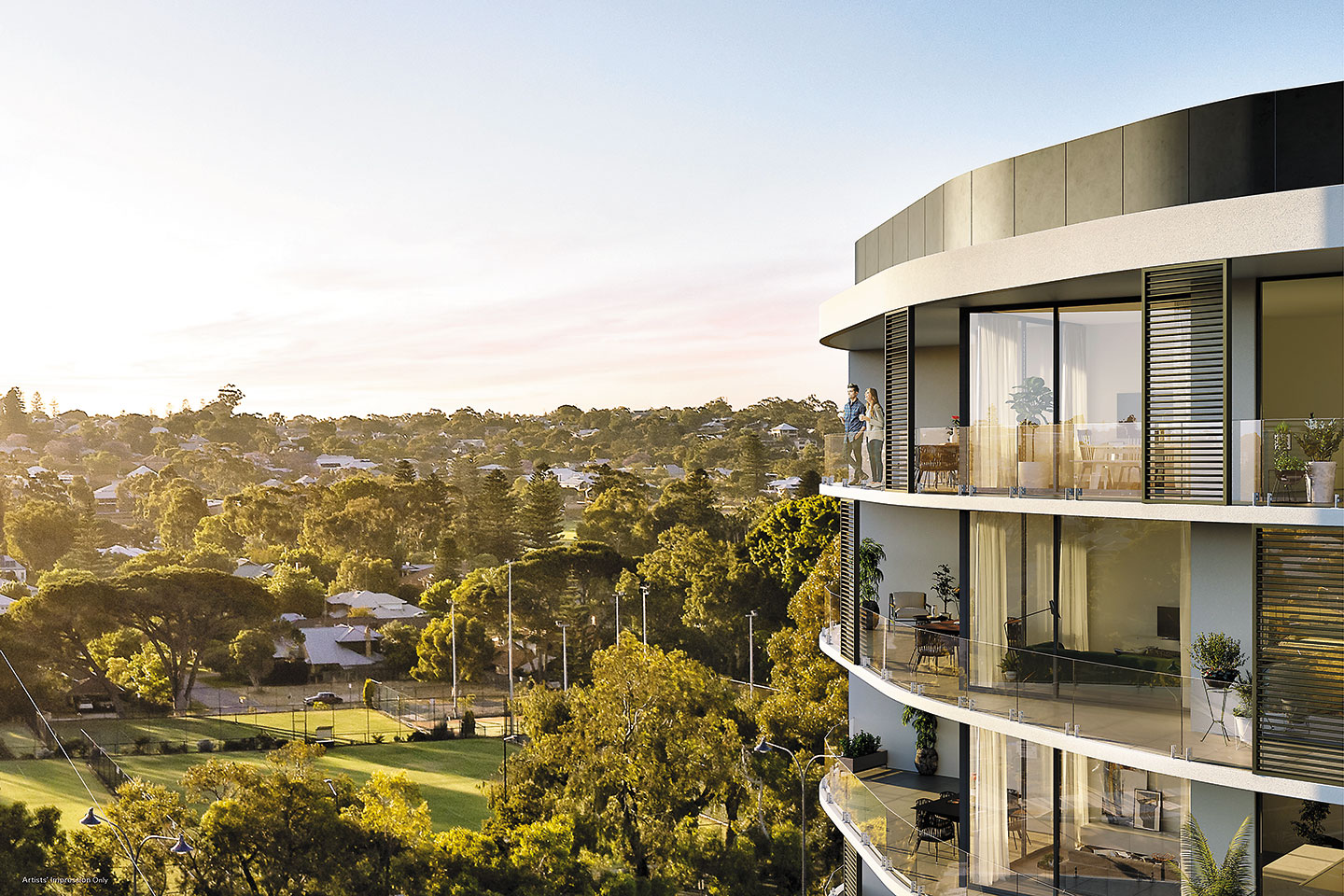 Claremont on the Park is Perth’s first MAP.

“As the population ages and the baby boomers come through, many of them want something different. We felt there wasn’t enough diversity in options,” Ms Murray said.

“We’re hoping this will become a model for MAPs in other high-density precinct developments.

“And we’re continuing to work with LandCorp and other private developers for other high-density projects.”

“Aged care is evolving rapidly and this business model has a lot of potential, appeal and relevance into the future as we see higher-density living becoming more the norm in Perth,” she said.

“And that familiarity with our brand and service offering makes us a natural choice (for higher care) in the future because they already know what we do.”