ONGOING growth in services exports has prompted business and industry groups to call for greater state and federal government focus on the trade opportunities available in the sector. 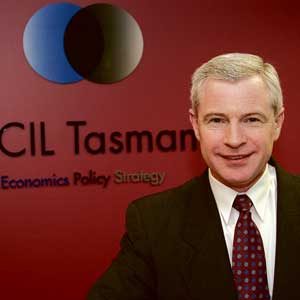 ONGOING growth in services exports has prompted business and industry groups to call for greater state and federal government focus on the trade opportunities available in the sector.

In 2008, exports of Australian services surpassed $53 billion, an increase of 10.4 per cent, while Western Australia's services exports rose 10.5 per cent, reaching nearly $5 billion.

Department of Foreign Affairs and Trade's recently released 'Trade in Services 2008' report found that the nation's imports of services were slightly more than its exports, at $53.8 billion.

WA's services imports rose to $8.4 billion, an increase of more than 47 per cent as compared to the previous year, possibly indicating local capacity constraints in these areas.

"Last year, trade in services accounted for 19.1 per cent of Australia's total trade of goods and services," Mr Crean said in a statement.

However, of particular interest to local companies are the knowledge and technology intensive services building on the back of WA's experience in the resources sector.

The Australian Services Roundtable is the nation's peak business body for the services industries.

"The knowledge and technology intensive services sector is a success story for WA, both in terms of domestic activity and in terms of exports," Mr Satchwell told WA Business News.

"But it's a largely hidden success story because what they deal in is services rather than tangible things like high-speed catamarans or iron ore or LNG."

"And we're world leaders in resources IT in Perth."

Despite these capabilities, Mr Satchwell said WA was behind many other states in recognising the vital role trade services played.

He said Queensland, Victoria and more recently South Australia had been implementing strategies to further stimulate the development of these services.

"The issue in WA is that we've been so focused on our commodities exports, understandably, that services struggles to get any policy recognition or even a mention on state government websites," Mr Satchwell said.

"The fact the services sector is thriving despite the lack of any real attention ... is an indication that government doesn't suddenly need to jump up and start doing things.

"It's principally about understanding; then when our premier and others are talking with inward investors and going to China and other places ... about marketing of commodities and marketing of WA as an investment destination but also marketing our services capability for export and for facilitating inward investment."

Mr Satchwell, also a director of Acil Tasman - a national firm providing economic, policy and strategic analysis and advice to clients in business and government locally and internationally - appreciates the value of exporting services for his own business.

"We sell business services in the economics and analytical space to various countries, and over the last 18 months it's amounted to about 10 per cent of our business, but it's on the grow," he said.

Southern Cross Electrical Engineering is another local business expanding its exports of services in the technical services area, which includes engineering and architectural services.

The company's managing director, Steven Pearce, said exporting services, which he aimed to increase from about 20 per cent of Southern Cross Electrical's current $100 million annual revenue, was focused around existing clients such as Rio Tinto, BHP Billiton and Lycopodium.

"I think it will continue to grow as a key area of export for the country but I think WA is particularly well suited to take advantage of that opportunity because a lot of it is resource-based projects, and that's our home turf," he said.