The winner of a new innovation program has combined gaming technology with its traditional focus on process control data to create a product that has attracted keen interest from some of the state’s biggest companies. 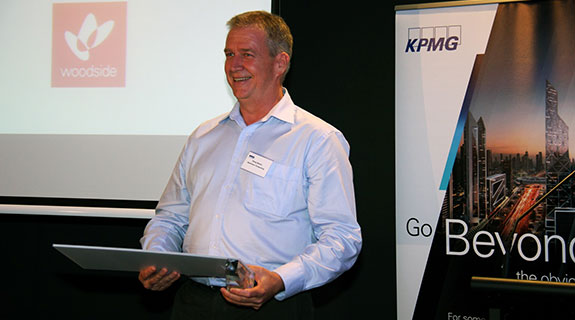 The winner of a new innovation program has combined gaming technology with its traditional focus on process control data to create a product that has attracted keen interest from some of the state’s biggest companies.

Sentient Computing started searching for new commercial opportunities about four years ago after noting a lack of growth and more competition in the process control market.

The result is MVX, which utilises gaming technology and data to create interactive 3D environments.

Off the back of this work, Sentient was named earlier this week as the inaugural winner of KPMG’s Energise Accelerator, a 12-week program for tech startups.

Sentient won a $100,000 cash prize donated by Woodside Petroleum, but more important for Mr Bester were the new connections developed through the program.

“It’s enabled us to interact with the large tier-one companies on a wavelength we would never have got on our own,” Mr Bester said.

Sentient has already won a contract with Fortescue Metals Group and is currently working with Woodside, Rio Tinto and BHP Billiton, though Accenture.

“They understand that innovation takes money,” he said.

“They have put the right technical people on the project.”

He expects the initial success for MVX will come through training applications that meet the expectations of younger people.

“They will want an immersive, 3D environment.

“But the biggest gains will come when you can visualise your data so everyone can understand what is going on in the business.”

A second winner in the Energise program was Curtin University spin-out, Skrydata.

It received a $50,000 innovation award, which went to the startup with the strongest value proposition, regardless of its business maturity.

KPMG WA chairman Gary Smith said Energise set out to trial a new kind of accelerator, with a focus on the immediate and actionable needs of the mining, oil and gas, and utility sectors.

“By keeping this focus, and augmenting it with input from some of the best global minds in the startup eco-system, we have truly plugged startup innovation into the energy and natural resources sector,” he said.

Energise program director Toby Gardner said the eight participants had been able to hone their products, build new client and partner relationships, and prepare to scale their business.