Older Western Australians across all income levels are being subjected to growing levels of abuse, homelessness and cash grabs by relatives, according to legal professionals. 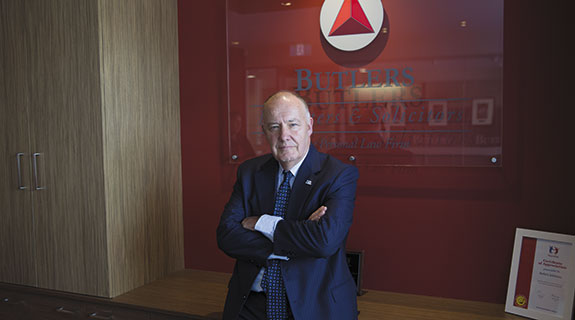 CHANGES: John Butler says there have been huge changes in the legal needs of the elderly in the 40 years he’s practised family law. Photo: Attila Csaszar

Older Western Australians across all income levels are being subjected to growing levels of abuse, homelessness and cash grabs by relatives, according to legal professionals.

University of Western Australia law professor Eileen Webb said recent research into elder law had found growing numbers of WA seniors were accessing the legal system due to issues arising with their assets.

Dr Webb, who co-authored WA’s first comprehensive report examining seniors’ security and housing needs, said a case study of about 200 elderly Western Australians in part mirrored national research, which found many seniors were becoming homeless later in life, with the majority losing their homes to issues unrelated to misusing drugs or alcohol, or poor mental health.

“It’s quite incredible,” she said.

“The (national findings) said ‘the largest proportion of older women presenting with housing crisis in Australia have led conventional lives and rented whilst working and raising a family. Few have had involvement with welfare and support systems’.”

The Nedlands-based firm, which specialises in estate planning, wills, and family law, has dealt with a growing number of cases involving the loss of mental capacity by the elderly, resulting in fights over appointments of guardianship (covering decision-making for medical and lifestyle decisions) and enduring powers of attorney (giving power to manage finance and assets).

“With people living longer and having more years of questionable capacity, it opens up all sorts of areas for abuse of the elderly,” Mr Butler said.

In one case Butlers had dealt with, the adult children of a mother who had lost capacity abducted her from a nursing home in order to wrest control of her, and her affairs, from their other siblings.

“It can get incredibly nasty,” he said.

Concurrently, Butlers has also had a steady increase in wealthy clients looking to protect their assets from children they fear will not manage inheritances properly.

“You can basically rule from the grave for generations if you structure your documents properly,” consultant Eileen Cullen said.

Of the 400-500 WA seniors who visit the Older People’s Rights Service at the Northern Suburbs Community Legal Centre each year, about 10 per cent are also seeking proactive educational advice.

However, NSCLC solicitor Vicki Edwards said a quarter of clients only came in after they had been victims of serious and complicated cases of abuse or fraud.

A senior solicitor at NSCLC, Fran Ottolini, said many cases stemmed from adult children taking advantage of their parents.

“Whether it is through undue pressure to give money, hand over titles, or even misleading or misrepresenting underlying wants, so children invite parents to sell up and move into their backyard.”

Ms Edwards said changes in legislation allowing families to rent out granny flats had prompted some who had promised their parent(s) a permanent home in their backyard to replace them with paying lodgers.

Other seniors found themselves homeless when their adult children divorced, or if their children commandeered the extra space for their growing families, despite many having handed over the proceeds from selling their former home in exchange for a secure future, she said.

Ms Edwards said many elderly people did not pursue legal action against their families because of the emotional toll.

“Old people are really vulnerable; it is such a labyrinth they have to negotiate and they don’t have the strength to pursue matters through the court,” Ms Edwards told Business News.

Shelter WA executive officer Chantal Roberts said many long-time renters could no longer afford to live in Perth and had been forced to keep moving to cheaper areas further away, with some seniors unable to find any affordable housing.

“In the past eight years prices have started to rise and they haven’t stopped and pensions and incomes have not kept up,” she said.