The economist behind Australia’s direct action emissions reduction scheme has told a Perth audience he predicts politicians will continue to change their position on climate change policy as the new Senate gears up to vote on the proposed repeal of the carbon tax. 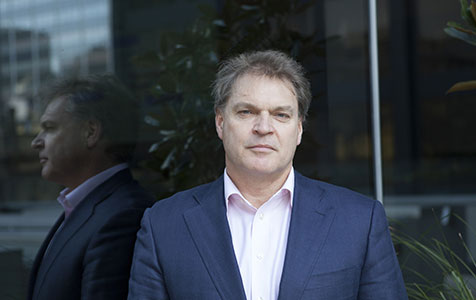 The economist behind Australia’s direct action emissions reduction scheme has told a Perth audience he predicts politicians will continue to change their position on climate change policy as the new Senate gears up to vote on the proposed repeal of the carbon tax.

Frontier Economics managing director Danny Price told a Committee for the Economic Development of Australia event today that he had spoken to crossbenchers who had indicated they were changing their minds.

“I suspect that positions are going to change quite dramatically.” Mr Price said.

“I’ve seen myself, just in the last few weeks, people’s positions start at one position and now it’s changing already.’’

The comments come after Clive Palmer’s announcement last week to support the repeal of the carbon tax, with the condition the government’s direct action plan is replaced by a globally-linked emissions trading scheme.

“It’s quite challenging writing a speech about climate change policies because you really have to be writing it almost up to the time of delivery and then you have to keep your speech pretty short," Mr Price said during his presentation at CEDA.

He said the government’s carrot rather than stick approach with its direct action policy had made him unpopular, but he believed the scheme presented the least cost to reduce emissions while keeping the confidence of investors.

Mr Hardisty said Australia needed to start thinking about a new way to measure the success of its society, because GDP as a measure was flawed in several ways, notably that it increased when money was spent cleaning up damage from extreme weather events.

“Climate change globally is driven by our quest for GDP, there’s a very interesting connection there, he said.

“Their increasing frequency, duration and intensity are climate change stripped bare for you, you can see it happening right now.’’

Mr Hardisty said climate change needed to be treated like a risk, and ecosystems that provided clean air and water and the ability to grow food could be valued in dollar terms.

“Money is a fantastic way of communicating those risks and the benefits of taking action,” he said.

“Our estimates at CSIRO is that money spent on adaptation will yield $20 to $40 per $1 spent in terms of damage avoided or benefit accrued in infrastructure type applications.”

CEDA has released a report on the economics of climate change which examines emerging policy responses and their economic consequences for Australia.