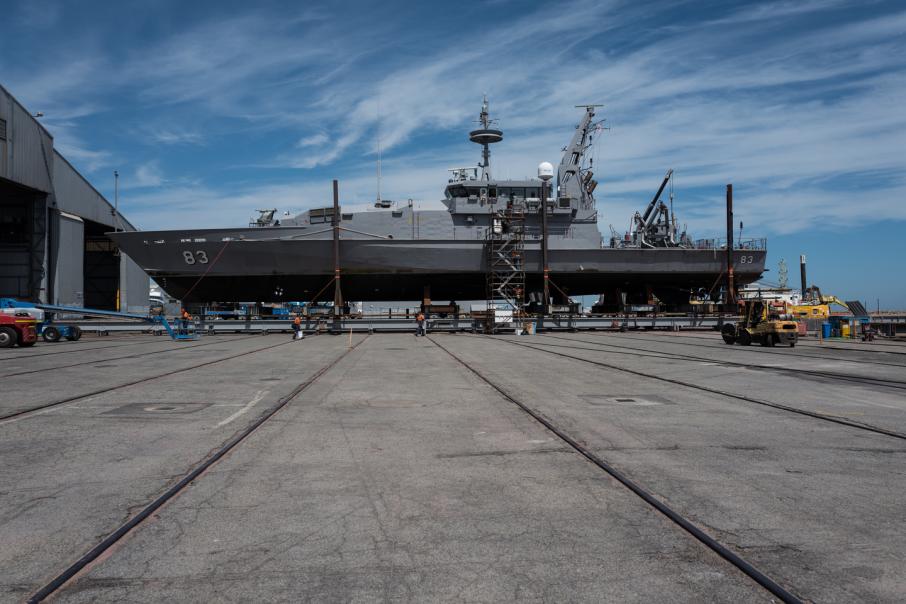 Since the early part of the year when the pandemic first hit China hard, it has exposed a sovereign risk that we were all acutely aware of but, due to expedience, had allowed to increase over recent decades - our reliance on imports.

As soon as China or various parts of it were either shut down or shut out, Australian businesses found there were suddenly shortages of numerous vital inputs to their business.

In many cases this was wholly manufactured equipment required for local operations, but even for manufacturers there were often gaping holes on their supply chain that meant factories ran less efficiently or even idled.

As the crisis unfolded, our concern about supplies of medical equipment and other vital supplies rose; firstly because Chinese manufacturers had shut or directed limited supply to their home market, and later as we had to compete with other nations for supplies.

This has reignited the debate around how much we have allowed our manufacturing base to be whittled away, with the closure of Australia’s local car industry over the past decade a major example.

Of course the pandemic has had its own peculiar impacts: the slowing of commerce in both directions, and specific shortages of key requirements such as personal protection equipment and ventilators. But the problem highlights a more troubling concern: what if, in the future, the cause of shortages was more deliberate, such as an economic embargo or a maritime blockade coinciding with a war?

Our ability to be self-sustaining is very much threatened by such an act. Our ability to manufacture and sustain sophisticated weaponry to defend ourselves is weak. Even strategic fuel reserves are as low as one month, meaning even if we could make aircraft, for instance, we’d struggle to fly them for any significant period of time.

The easy answer is, seemingly, to make these things ourselves and, as a result of the pandemic, there will be all manner of calls for a greater element of Australian-made, be it by subsidising local manufacturing through to specifically restarting and protecting key industries such as motor vehicle production.

Some of this will no doubt take the form of stimulus proposals and there will be the usual conga-line of deputations to Canberra from each of the states seeking funding for their own special manufacturing hub.

There is a great deal of danger in the kneejerk policy response to what has been, in part, a natural consequence of globalisation.

Firstly, many believe globalisation will retreat in a post-pandemic world. If so local manufacturing will rise as a consequence; we will just have to give it time.

Secondly, there are obvious reasons why sectors like the car industry failed in Australia and we all need to weigh up the cost of them returning under protection. Regrettably, protected industries become an unholy alliance of business, government and labour.

Business with protection such as tariffs – and, in the case of the car industry, monumental amounts of state-funding as well – inevitably find themselves cosying up to government to ensure that continues.

Similarly, labour is equally well equipped in this country to benefit from artificial markets created by protectionism. Australia more than most nations allows these three to benefit in a way that really is a form of corruption. You only have to look back at the cost of buying a car in Australia in the 1970s or 1980s to find that bloated price for quite mundane equipment suited only the makers, a small number of workers who lived in specific regions, and governments willing to spend other people's money for industrial peace.

Do you reckon, in the case of war, our car industry could have pivoted to making tanks in a matter of weeks? I doubt it.

The only way such a system works is if Australia, with a small market, can make niche products for its own consumers or can make viable quantities of premium products to suit a global market.

With our labour costs, I doubt the latter is possible. To reach any global market requires factories that are big by Australian standards and, as we know, those are breeding grounds for trouble. As soon as a business is tapped into a global market, it has to be reliable to maintain its brand and the premium it earns to make that worthwhile. If labour wants more of that premium, all it has to do is to threaten to down tools and put that reliability at risk.

Shipbuilder Austal appears to disprove that theory so maybe I am wrong. Perhaps they are the best example to use because they have diversified production out of Western Australia to the US and South-East Asia while maintaining a workforce here and the intellectual property to make things here if they had to.

Could Austal pivot from ferries to warships if Australia was threatened? Absolutely I reckon they could. In fact, it makes you wonder why we are spending billions on French submarines just to keep some voters in Adelaide happy. That is the car industry model which died in South Australia and will no doubt do so again, but only after causing a great deal of unnecessary cost.

By contrast, Austal has thrived without specific subsidies, without industry protection and, therefore, without unions able to threaten its existence through political interference.

I imagine one of the keys is their ability to pay people what they are worth, rather than some antiquated award system increasing the wages and conditions of workers until they are no longer globally competitive. Austal proves you don’t have to pay the global minimum to be able to sell into global markets.

Perhaps Austal's saving grace is that it is too small to have been dragged into some industry system which would have sucked the life out of its entrepreneurial spirit? Maybe it was being based in WA, a long way from the prying eyes of Australia's traditional industrial heartland in the east - a region in which, for decades after Federation, manufacturers were protected from genuine global competition by tariffs that cost WA consumers dearly, despite the Commonwealth Grants designed to make amends for that unfairness.

At the smaller end of manufacturing, perhaps Australian companies ought to be more incentivised to make things here. Be it via extreme niche production techniques such 3D printing – as we have seen some entrepreneurial people doing with facemasks and ventilator parts – or tooling up small, largely automated factories here, rather than China.

To me, the safest way to go about this is to offer an accelerated depreciation rate for any firm buying manufacturing equipment that supplants importing any goods or additional incentives along the same lines as the research and development tax rebate for firms that develop and expand their own manufacturing capability, although I’d defer to some tax experts as to how this would work in practice. Importantly, it needs to be across the board and meaningful for each participant, not targeted by industry or region or too miserly to count.

My point is that the incentives should be broad-based and available to even the smallest producer of anything. Making things in Australia is not the only benefit here; it needs to encourage production right across the economy (no more regional slush funds, please) involving nimble and diversified manufacturers, creating a leaner, more skilled and more dexterous industrial base.

Could they make a jet fighter if we needed one? Probably not on their own, but collectively I’d bet this system could, if tested by a different type of crisis.