A local business offering the potential to reduce maintenance downtime in the mining and related industries has secured a national distributor for its fast-release nut design. 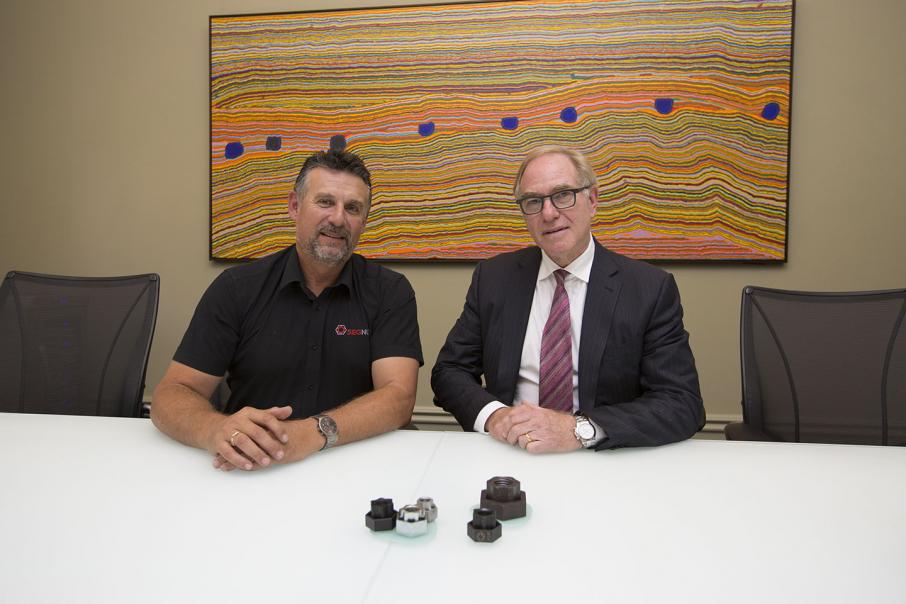 A local business offering the potential to reduce maintenance downtime in the mining and related industries has secured a national distributor for its fast-release nut design.

The product and business, both called Segnut, have the potential to improve safety and efficiency, and save costs, according to founder and inventor Brian Bradshaw.

The six-member Segnut board have all invested in the company, including chairman Clive Donner, who has more than 30 years’ experience in equity investment, capital raising and advising.

Mr Donner built and ran the Rothschild Gold Arrow Fund, which he later acquired and rebranded as LinQ.

“So what happens is the industry typically gets these off with an oxy blowtorch and they have to close off the site and equipment; you have trades involved in sawing or burning them off and it can be dangerous.”

The Segnut nut is made up of three segments and an outer metal sleeve. By rotating the sleeve with a spanner, the three parts of the nut fall away regardless of the bolt’s condition.

“If you add up all that time, the cost of saving to the market is enormous, and the security factor or safety factor adds value to the proposition of using the nuts,” Mr Donner said.

He said Segnut had been trialling the product with a number of mining multinationals during the past 18 months.

The business has now secured an exclusive distribution agreement with national fastener distributor Konnect, a division of Coventry Group, which offers a supplying network of 52 Konnect outlets across Australia and New Zealand.

Segnut’s first customer in Western Australia was mining equipment hire company SMS Rental, of which Segnut board member, Danny Sweeny, is a director.

SMS Rental was involved in the trials.