Seems things aren’t so bad after all

It’s a perennial debate, but the latest indicators for the state and national economies show the glass really is half full. 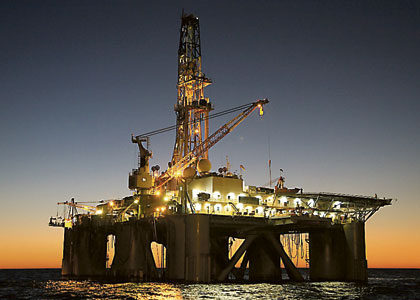 It’s a perennial debate, but the latest indicators for the state and national economies show the glass really is half full.

MOST analysis of Australia’s economic outlook has focused on the strengths of the domestic economy and the dangers lurking overseas.

That has started to change this year, as analysts see the resources-driven investment boom reaching its peak and a more encouraging outlook emerging in other countries.

“This year has already seen a number of positive developments for the global economy, including: the avoidance of the fiscal cliff in the US; indications that the US debt ceiling will be extended; the relaxation of the Basel bank liquidity requirements; and solid data releases from the US and China,” he said.

The significance of Japan is sometimes forgotten amidst Australia’s tight focus on China.

However, as Dr Oliver noted. Japan still takes 19 per cent of Australia’s exports and is our second largest trading partner.

Deloitte Access Economics is not so positive on Japan, and remains worried about Europe, which continues to struggle under the weight of its debt crisis, but sees positives in the US and China.

“Even the boneheads in Congress can’t stop a recovery in the United States, with housing now set to boost US growth, and perhaps by more than many realise,” Deloitte wrote in its latest business outlook.

It added that China may not have embraced reform, “but it has rebounded, and remains a huge force for good in terms of global and Australian growth”.

“We don’t project huge gains, but we see global growth moving closer to trend through 2013 and 2014,” the firm concluded.

That’s a significant shift, after years of concern about the global economy dragging down Australia’s prospects.

It also follows a long period where Western Australia was the engine room of the national economy.

In the past financial year, for instance, WA’s economy grew by 6.7 per cent; nearly double the rate in the rest of the nation.

WA, with about 10 per cent of the national population, also accounted for all full-time jobs created in Australia last year.

These are incredible numbers, but that’s what we see in the rear view mirror.

Looking ahead, the key issues are when the peak in engineering construction occurs, and what growth drivers emerge to take its place.

The slowdown in engineering construction is not yet apparent from data on capital expenditure plans.

The latest estimates show a 4.1 per cent increase in committed capital expenditure on major projects in WA to $141 billion.

Unfortunately, most of the rise comes from cost revisions, notably the $9 billion cost blowout for the Gorgon project, now expected to cost $52 billion.

That has offset the cancellation or deferral of other projects, such as the Oakajee port development.

Deloitte expects the peak in mega construction projects to come late this year, whereas the Reserve Bank sees it coming even earlier.

It is looking to housing construction and retail spending, both helped by lower interest rates, to help take up some of the slack.

“Housing construction, a long dormant ‘pocket rocket’, should start to strut its stuff in 2013,” Deloitte says.

“And retail’s recovery (yes, it’s been having one, albeit from a pretty poor base) might get a second wind from the second half of 2013 onwards.”

Of course, resources related construction will not disappear. It will remain very high relative to times past, just smaller than the extraordinary levels achieved in recent years.

Australia’s economic outlook would be even stronger if the Aussie dollar lost some of its surprising strength.

That would bolster sectors like manufacturing, tourism and international education, which struggle to compete.

However, with the $A underpinned by Australia’s strong credit rating and relatively high interest rates (compared to most other countries), there is no sign of currency weakness.