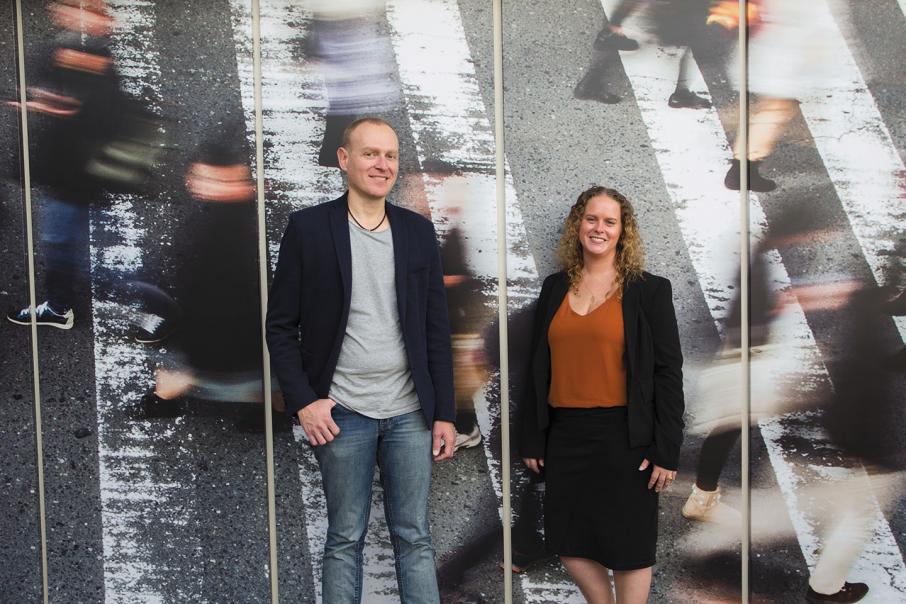 Facilitating a closer alignment of the business profit motive and corporate social responsibility is a key driver of newly established Impact Seed.

Founded by 20-year startup veteran Sven Stenvers and Kylie Hansen, who has a background in strategic policy and project management with not for profits, Impact Seed aims to build capacity in the social business sector and in impact investment by creating an intermediary to engage with and develop both sides of the social impact market – startups and investors.

“We believe in the idea of a business as a force for good,” Mr Stenvers told Business News.

“The way business is run at the moment is not really sustainable when the objective is only to create double-digit profit growth year on year, and have corporate social responsibility as an afterthought.

“Perth’s got a good range of not-for-profit social enterprises, and there are other capacity builders in the social startup scene (like Social Ventures Australia), but no-one was trying to build capacity in the for-profit space.

“So we started to gather startups that had social impact at their core.”

During the past year of operations, Impact Seed has worked with 50 social enterprises to develop a suite of programs targeted at growing social innovation, including pitch nights, workshops and an accelerator program called ImpactSpark.

Ms Stenvers said getting investors over the line had been challenging.

“The money isn’t flowing in yet because they’re looking for validation, which I think is constraining the (social impact) space,” he said.

“Once the money starts flowing in it will be a lot easier to fund these social startups, get the social impact happening and demonstrate return.”

Last month, the federal government announced it would invest $10.2 million over 10 years (as part of the 2017 budget) to trial the use of social impact investments that targeted housing and welfare outcomes in youth homelessness.

Mr Stenvers said while the government’s announcement would be effective in signalling the need for support of impact investment, the concept was often misunderstood in Australia because it was new.

“There’s interest in identifying community-based problems and supporting social enterprises to help address those problems, rather than the old model of ‘let’s fund a not for profit to fix a problem or use government spending’,” he said.

“But when I started talking to corporate and private stakeholders I realised that the term ‘impact investment’ wasn’t one that was very well understood.”

Impact Seed is working with health startup KinChip Systems, to connect it with impact investors in preparation for its second round of funding.

In 2015, it began developing Kindom, a cloud-based platform that links health, education and social services to improve child development outcomes.

KinChip co-founder Catherine Resnick said one of the biggest frustrations faced by many social entrepreneurs was dealing with people’s entrenched views.

“Either you are a non profit doing good, or a for profit (implicitly) not doing good and only lining the pockets of the owners,” Ms Resnick said.

“It seems that profit gets instantly associated with selfishness and greed, rather than sustainability.

“But just because we’re trying to improve child development outcomes, it does not mean KinChip is a charity – or that the only source of funds for us is donations or grants; you can deliver social impact and a solid financial return, they’re not mutually exclusive.

“Whilst the primary beneficiaries (of our products) are families, we identified a commercial opportunity in industry, that allows families to access our product for free.”

Ms Resnick said that, given the tight economic environment, it was risky for any organisation with a social purpose to be dependent on a single revenue source.

“I am experienced in both worlds and I feel greater opportunity to create sustainable social impact through commercial means than I ever did running a charity,” she said.

ABC founder Alison Sentance said most Aboriginal organisations were operating within the traditional funding space requiring native title, mining royalties or government funding, and she had recognised the need for a sustainable alternative.

Initially, the organisation was focused on developing ranger programs, but Ms Sentance said it had extended its services into education programs after recognising there were significant issues with school attendance and performance in regional communities.

She said ABC had partnered with Impact Seed to identify ways it could generate more income.

“Our aim is to be our biggest funder and create commercial entities in looking after country through our own social enterprise model,” Ms Sentance said.

“Then be able to use that to invest in education.”