Despite strong house and land sales in June, property players are wondering what’s next as the sector seeks sustainable long-term growth.

John Wroth says government and industry need to focus on a plan that supports the sustainable growth of the property sector. Photo: Gabriel Oliveira

Mr Rosser said Cedar Woods hadn’t quite had the hordes of buyers camping outside its land offices that were rumoured to have appeared at other sites across Perth, but had nevertheless been extremely busy.

That uptick in demand has prompted Cedar Woods to bring forward multiple land release stages, including at Solaris Private Estate in Forrestdale, as well as its Ariella Private Estate in Brabham and at its Bushmead estate.

“Those estates are all top performers.

“We’re confident we can bring forward additional stages and be able to sell and settle them over this period,” Mr Rosser said.

“That’s not to say we expect next calendar year there’ll be nothing – you’ve got to be cautious.

The stimulus has achieved exactly what it was intended to do, which is keep the economy moving during this.”

Despite reports of builders engaging in price gouging to capitalise on the demand surge, Mr Rosser said he believed any price movements were more to do with the winding back of incentives that existed pre-pandemic.

“You’ve got to look at that as a consequence of basic economics of supply and demand; we’ve been bumping along the bottom, both builders and developers, for the last five years on very low margins,” he said.

“It’s the levers that you have; if you need to slow things down you can’t refuse to sell to people.

“This is a stimulus-induced demand spike and it would be naïve to think that is going to continue.

“You’ve got to be careful with the amount of new stages that you’re bringing forward, making sure that … you’re going to be able to sell that and settle it during this stimulus-induced bubble.” 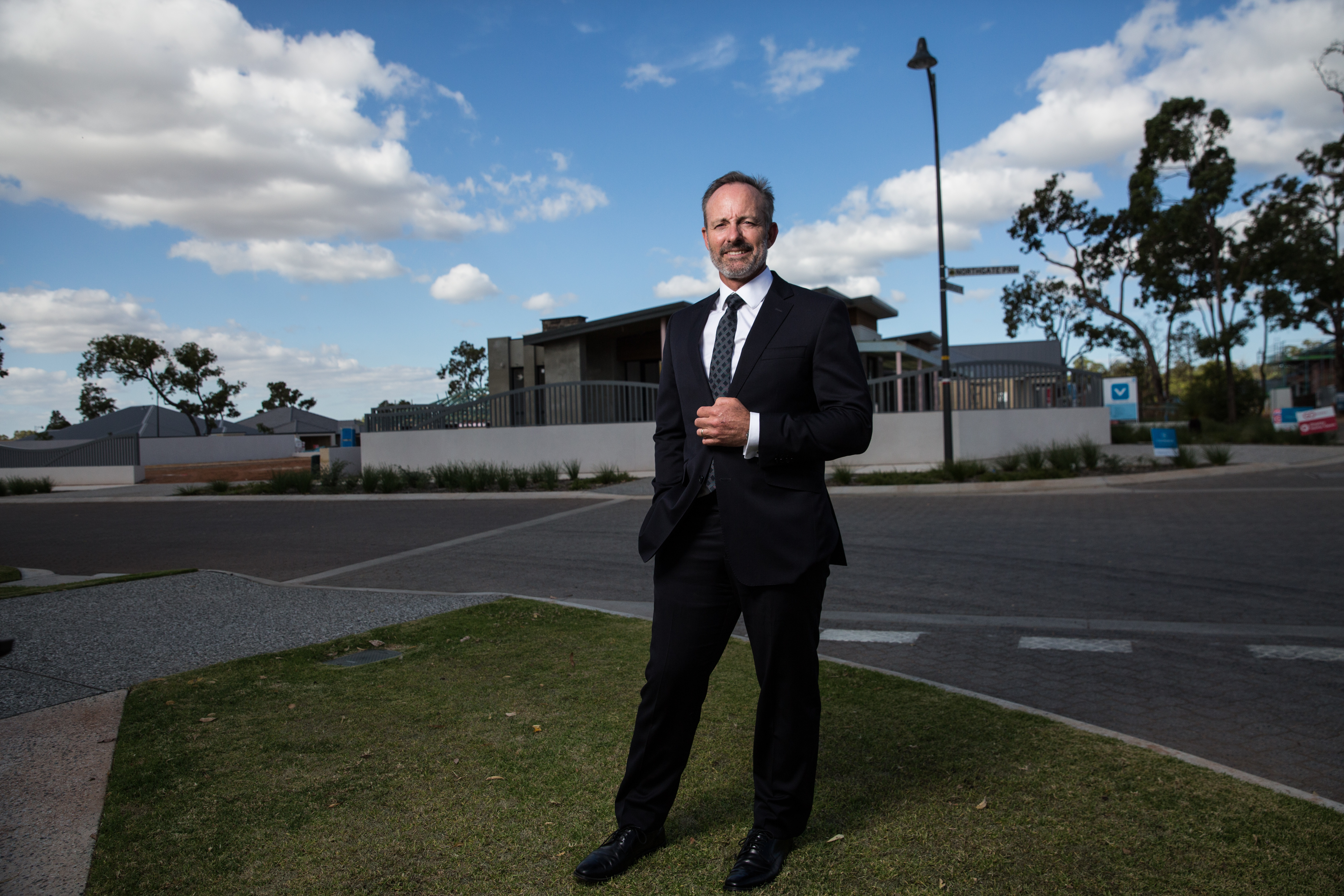 While inquiry levels at national land developer Peet jumped 75 per cent and sales increased 25 per cent during the June quarter, it has decided to apply the brakes.

The group announced to shareholders earlier this month that it planned to continue to defer commencements of new projects, ‘subject to more clarity on the sustainability of a market recovery’.

Mr Downing said the group had received strong pre-sales at Montario Quarter in Shenton Park, likely resulting in townhouses being built a little earlier as a result of the stimulus, but that the group was taking a measured approach to land acquisition given ongoing market uncertainty.

“From our point of view, there’s been uncertainty for the last six months and there will continue to be for the next six months … we just need to expect the unexpected at the moment,” Mr Downing told Business News.

Mr Downing said the sudden onset of demand had followed five years of downsizing within the sector with civil contractors, service authorities, builders and banks now scrambling to complete jobs and bring forward product. However, he cautioned about too rapid a comeback.

“The last thing we want is for everyone to gear up and create a heap of new jobs and then in late 2021 fall in a big hole and then have to lay people off again,” Mr Downing said.

“That, I think, is our biggest challenge, to avoid that boom and bust; and from a government point of view, just look at some transitioning arrangement for the stimulus from the end of this year.”

“It is now critical for government and industry alike to consider the consequences of what happens next and what the impact will be on a sector that is so important to maintaining a buoyant economy,” he said.

“As developers fast-track new land stages, we need to ask what happens when the incentives slow down.”

Mr Wroth said growth wasn’t the problem; it just needed to be maintained in a measured way.

“There is an abundance of opportunities that could help maintain the steady growth of the sector, including the slow pulling back of incentives, or even a capped program that is reoffered annually,” he said.

“This issue sits way beyond achieving good sales targets. It is something that will impact everybody.”

That potential impact is echoed by Stockland WA general manager Col Dutton, who said the sector had been critical for protecting jobs and helping the industry move through the pandemic.

“The Australian residential property sector generates over $100 billion annually for our economy and the building of new homes and apartments creates around one million construction jobs,” he said.

Master Builders Association of WA executive director John Gelavis said the grants had been a real shot in the arm for industry.

"Members are telling me that their phones are ringing off the hook," he said.

"In the Western Australian market we are coming off a low base so the impact is even more amplified."

A recent Urban Development Institute of Australia (UDIA) WA survey of the state’s major land developers recorded 1,390 lot sales in June, compared with just 463 in May.

While those sales numbers had begun to settle, WA chief executive Tanya Steinbeck said demand was expected to remain relatively high for the duration of the stimulus (end date December 31), especially considering the 4,000 WA registrations for the HomeBuyer grants.

“In the longer term, it will be critical that we also look at how we are going to achieve population growth to feed into demand,” she said.

“If we continue to record land sales at this current level, the supply of existing titled lots is likely to run out,” she said.

“However, it is important to note that sufficient new land is in the pipeline, we just need to get it through the approvals process and get it titled.”

But the potential long-term ramifications stem beyond land supply, according to Strategic Property Group managing director Trent Fleskens, who admits he may be one of only a few critical of the stimulus measures.

Mr Fleskens said his main concern was the lasting impact the stimulus measures could have on mortgage stress and house values in suburbs on the urban fringes.

“They are essentially proliferating a number of existing structural issues in the outer suburbs of Perth that are already suffering from nation-high levels of mortgage stress and nation-low levels of equity,” Mr Fleskens told Business News.

“What that does is it pushes all of the same people with the same minimal amount of savings and very precarious financial positions into the same suburbs, continuing the concentration of these risks for years to come.

“People can’t sell, they can’t refinance. They are stuck.

“Unfortunately, people who take up these grants think it's money for them… this money isn’t for them, it’s for Steve the brickie; they’re just being used to filter the money through to him, as demonstrated in the already evident increase in build prices equal to the grants.”