Federal government moves to abolish the Australian Charities and Not for Profits Commission are facing increased opposition from Western Australian-based organisations. 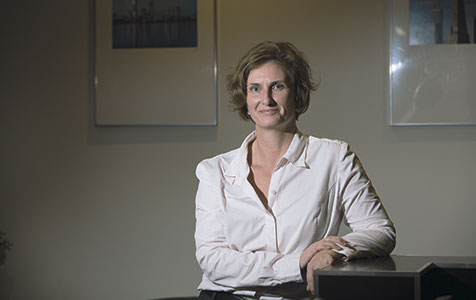 CRITICAL OF GOVERNMENT: Denise Calder says the ACNC is an invaluable agency for the not-for-profit sector. Photo: Attila Csaszar

Federal government moves to abolish the Australian Charities and Not for Profits Commission are facing increased opposition from Western Australian-based organisations.

The Senate Economics and Legislation Committee has been assessing legislation to abolish the agency, as well as collecting public submissions, and is due to report on the outcome of its inquiry by June 16.

The government’s decision has been met with a significant number of submissions opposing removal of the ACNC, including from The Synergy XChange, a new Perth-based NFP, which said the commission had been invaluable during its formation process.

It submitted that the process of registering as a charity with the Australian Tax Office and the Australian Securities and Investments Commission was streamlined and user-friendly due to the ACNC’s role as central registration body.

“The progress that has already been made by (the) ACNC in such a short period of operation is impressive,” managing director Denise Calder said.

“It clearly demonstrates that inroads can be made into simplifying the operation of the sector and we believe that, given more time, so much more can be achieved.”

Labor established the commission in late 2012 to reduce red tape in the sector and make it more transparent –for the benefit of the sector itself and also potential funders.

A year later, in 2013, the Abbott government announced its intention to abolish the agency, and introduced a bill to repeal the legislation in parliament earlier this year.

The WA Council of State School Organisations, which provides services to more than 640 affiliated parent and citizen organisations across the state, also credited the ACNC with being an effective one-stop shop.

Its submission to the Senate committee disputed claims that the ACNC had increased the burden of red tape on charities.

It provided an example where an affiliated organisation reported spending only 15 minutes completing the annual information statement required by the ACNC.

“By no stretch of the imagination can this be regarded as onerous,” president Kylie Catto said.

An analysis of submissions by social impact analyst Emma Tomkinson found that 81 per cent of the 118 submissions received were against the ACNC being abolished.

Among them is that from David Gilchrist, director of the Curtin Not-for-profit Initiative.

Professor Gilchrist submitted that the commission, given its standing as a fit-for-purpose agency, was best placed to deliver streamlined outcomes because of the mix of regulation and emphasis on building capacity and knowledge.

“The creation of the commission, as a result of the many reports and inquiries published over an extended period, has meant that a single Commonwealth agency has a remit for pursuing red tape reduction and building trust and capacity within the sector,” Professor Gilchrist said.

“This allows for significant efficiencies to be developed as well as increases the capacity of the government to achieve these outcomes because the commission has built a significant body of knowledge and expertise relating to the sector.”

Abolishing the agency, therefore, would be a significant setback for the sector, he added.

The federal government has indicated its intention to replace the ACNC with a National Centre of Excellence, but has failed to provide further detail over the shape of the proposed centre.

This lack of clarity prompted Community Employers WA to express concern in its submission to the Senate inquiry.

“It is disappointing that to date there has been no clarity provided in conjunction with the tabling of this draft legislation,” it said.

“As part of the proposed repealing of the current legislation, it is reasonable to expect that a sustainable and appropriately resourced alternative is detailed for consultation with, and consideration by, various stakeholders.”

There are groups that agree with the government’s plan, however, with seven of the 13 submissions made during the committee’s May 23 public hearing in support of abolition.

The Association of Australian Medical Research Initiatives, which represents the Perkins Institute, Lion’s Eye Institute and Telethon Kids, is one of those groups.

It said the ACNC had complicated legislation, reporting and regulation for medical research institutes, and had not been successful in streamlining reporting expectations.

It also said it had not added value by promoting good governance and accountability.