Sector hits back over costs claims 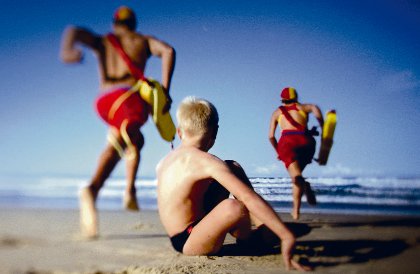 VARIABLES: Surf Life Saving says the cost-to-income figures must be taken in context.

LEADING not-for-profit organisations have hit back at claims they have not been transparent about how much it costs them to raise and allocate millions of dollars each year.

They say the sector has long-provided transparency in administration and fund-raising costs.

The report claimed that, at 62 per cent, SLSF had the highest fund-raising cost ratio of the charities monitored in Australia.

SLSF released two statements in response to the report, one from SLSF chair Stephen Maitland and another from executive director Steve Francia.

“The simple calculation that SLSF had gross fund-raising revenue of $23.8 million, a cost of fundraising of $14.8 million representing a ratio of 62 per cent is a correct lifting of two figures from our published 2010 annual Report,” Mr Maitland said.

“However, this ignores several operating factors that may be peculiar to our organisation and its fundraising.

“Adjusting for these factors would show that our gross revenues are more like $10 million and our direct administrative and overhead costs $2.5 million, which would translate to a percentage of 25 per cent; similar to other major charities on the published table.

“But again, each charity will have its own story and adjustments to make, including the receipt of government grants, which do not appear in our accounts.”

“We welcome the proposed governance arrangements through the Australian Charities and Not-for-profits Commission and the availability of sensibly constructed comparable data for public consumption,” he said.

Children’s Medical Research Institute in New South Wales was ranked sixth on the list with a ratio of 46 per cent, with costs at $3.1 million.

The institute moved to correct the news report by re-uploading its annual report to its website.

“CMRI supports transparency in its financial disclosures and makes these financials freely available,” the institute said in a statement.

“The reported ratio of fund-raising costs to fund-raising revenues for the last audited period ended 31 December, 2010, is 36 per cent.”

The National Heart Foundation, which was ranked ninth with claims it spent 37 per cent of its money on fundraising, also responded to the report.

“We are always striving to keep the costs of our fundraising as low as possible,” the foundation said in a statement.

“We welcome the creation of the Australian Charities and Not-for-Profits Commission (ACNC) as an independent regulator of the charity sector.”

The foundation said it supported  the reduction in red tape it expected to flow from the reforms.

“We also support moves to improve transparency by introducing consistent reporting standards for charities, which would ensure that any comparisons are conducted on an even footing,” it said.

“As much as we would like to raise funds without spending any money at all, we do need to promote the Heart Foundation, remind people to make a donation and administer the funds we receive, which all costs money.

“Our average cost of fundraising over the last five years was 32 per cent for all donation appeals.

“The minimum income to expenditure ratio recommended by best-practice guidelines for charitable organisations is between 40 and 50 per cent.”

Save the Children Australia was benchmarked at spending 25 per cent of its fundraising on costs and ranked number 21, but stated on its website it aimed to keep its administrative costs below 10 per cent.