Two weeks after the Mangles Bay marina proposal was knocked back, it has emerged that a marina development in Rockingham could still materialise, with a development application for the neighbouring Port Rockingham project lodged late last month. 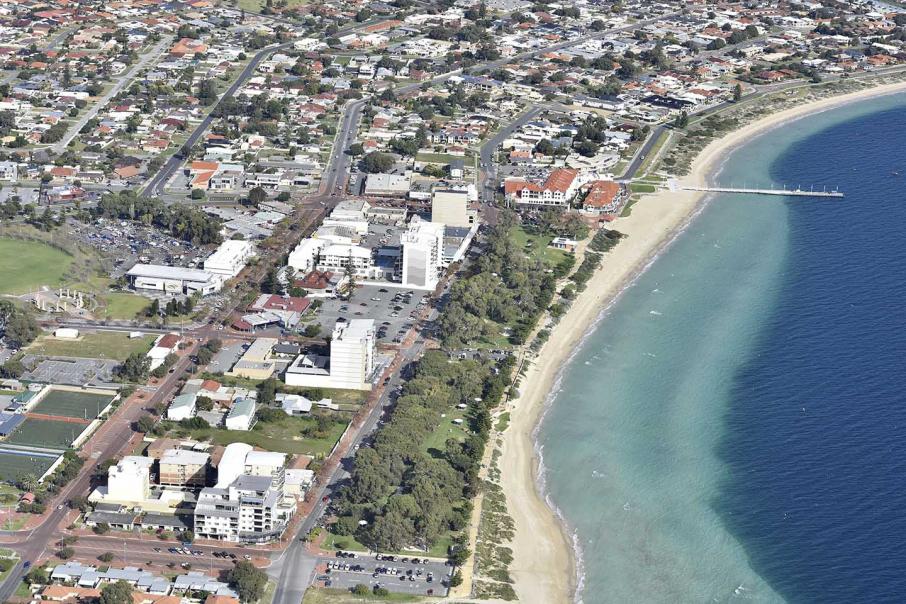 A development application for a new marina at the end of Wanliss Street (bottom left) was lodged with the City of Rockingham two weeks ago.

Two weeks after the Mangles Bay marina proposal was knocked back, it has emerged that a marina development in Rockingham could still materialise, with a development application for the neighbouring Port Rockingham project lodged late last month.

The 75-hectare Mangles Bay marina project, a joint venture between Cedar Woods Properties and the state’s land agency, LandCorp, proposed the development of 500 boat pens, complete with stacking facilities as well as residential, commercial and public open space, including a hotel, cafes and restaurants.

The project was blocked by the state government just over a week ago when Planning Minister Rita Saffioti announced she had accepted the Western Australian Planning Commission's recommendation against proceeding with a Metropolitan Region Scheme amendment to rezone parts of the Point Peron reserve to facilitate the development of a marina.

More than 80 per cent of community submissions objected to the proposal, with environmental impacts one major concern, particularly on the bay’s sea grass and resident colony of little penguins.

Local MP Aaron Stonehouse, an active opponent of the canal project, backed the minister's decision and said it opened the door to the publicly supported Coastal Park plan, which would declare Point Peron a grade-A reserve in perpetuity.

Plans for development have been in the works for almost a decade since Cedar Woods was selected as the successful proponent in 2010, with the project receiving conditional environmental approvals at both state and federal levels in 2013 and 2014.

Cedar Woods managing director Nathan Blackburne said the company was disappointed with the decision to not proceed and that, as a result, it would likely end its involvement with the project and pursue recoverable costs.

Its carrying interest in the project is $6.3 million.

As the proposal was a joint venture, the state government will now need to ascertain the commercial and financial implications of the decision.

Ms Saffioti said she could not support the proposal because of the commission’s concerns, but looked forward to working on alternative projects.

Another proposal to build a marina at the end of Wanliss Street, north of the Mangles Bay site, is currently under consideration.

The Port Rockingham marina project, most recently referred to as the Wanliss Street Marina, plans to accommodate about 500 boat pens and develop a jetty complex, including food and beverage outlets, speciality retail shops and ancillary offices for commercial purposes, as well as recreational and commercial mooring facilities.

The proposal has been in the pipeline for several years and was backed by private business Devx before it fell into administration in 2011.

It is now being led by Aureus Commercial, headed by former Rockingham councillor Paul Ogilvie.

Unlike Mangles Bay, this marina will be fully funded by the private sector, with the proposal already receiving environmental approval.

The minister’s office confirmed that the development application had been co-signed by the Department of Transport and Department of Lands and Heritage, as seabed and land owners on behalf of the state.

City of Rockingham Mayor Barry Sammels told Business News a development application had been lodged on February 26 and would be publicly advertised on March 16.

Due to the development value of the project, reportedly worth $35 million, the Metro-South West Joint Development Assessment Panel will determine the application, following an assessment through the city’s planning department and consideration from its council, with recommendations also provided to the WAPC.

If approval is granted, construction is anticipated to start by late 2019.

“It’s promising to see investor confidence in the WA economy, particularly in the Rockingham area which has so much to offer,” Ms Saffioti said.

“We will be monitoring the development application and eventual public consultation with interest.”

Mr Stonehouse said the Port Rockingham marina would be a great addition to the foreshore and a boost to local business.

"Wanliss Street has always made much more sense to me as a marina location," he said.

"Mangles Bay would be a gated community, with restricted public access, and the need for a massive infrastructure investment on the part of our local and state governments.

"Port Rockingham, by comparison, doesn't require tax payer support, is at the heart of local amenities, and would feed into existing local businesses - it's a far less contentious build all round."