A project to irrigate and run cattle on 650 hectares of pastoral land south of Broome has become the second such plan recommended for approval by the Environmental Protection Authority this year. 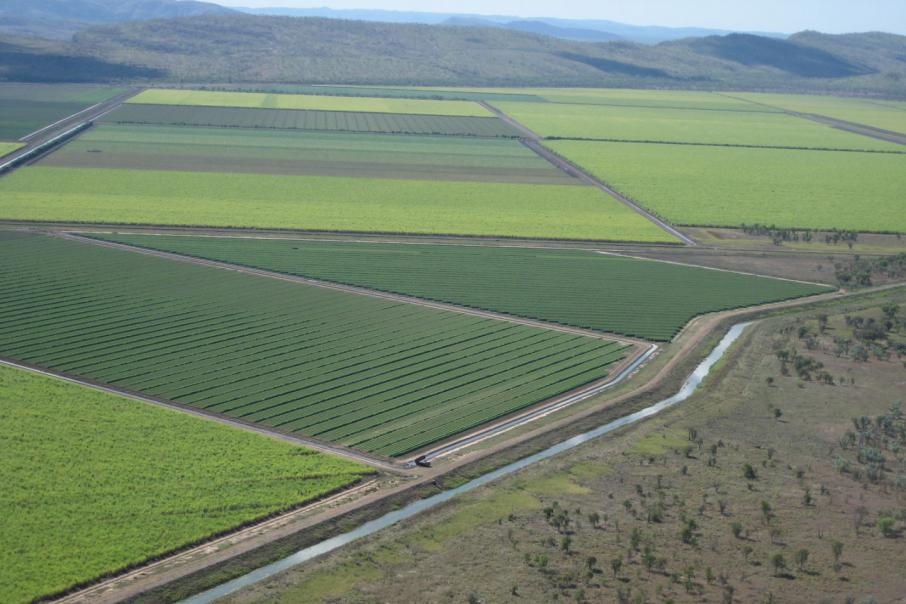 The Ord River scheme is one example of a major irrigation project up north.

A project to irrigate and run cattle on 650 hectares of pastoral land south of Broome has become the second such plan recommended for approval by the Environmental Protection Authority this year.

The Argyle Cattle Company will irrigate the land at Shamrock Station, with the idea being that massive groundwater reserves can be used to grow crops for cattle feed in what otherwise is a dry, hot environment.

Around 9.5 gigalitres water from the Broome Sandstone Aquifer will be used annually to water the land.

It comes two months after Kimberley Agricultural Investment’s Carlton Plain stage 1 irrigation project was recommended for approval by the EPA, with that business planning to develop more than 3,000ha of land.

Kimberley, a subsidiary of Chinese-owned business Shanghai Zhongfu and operator of stage two of the Ord River agriculture scheme, will be producing grains, cotton and perennial horticulture at Carlton Plain, with future expansions under consideration.

Two further irrigated agriculture projects are under review by the EPA.

One is at Gogo Station, near Fitzroy Crossing, while the other has not yet been disclosed.

Argyle’s Shamrock is placed in the La Grange project zone, determined in 2012 by the Department of Primary Industry as a location for irrigated agricultural development.

Shamrock was one a suite of pastoral stations reportedly bought by international investors in 2016 for $100 million from SAWA Pastoral Company.

The portfolio is managed by Dale Champion, a former Elders executive who now has a consultancy business, Agrify.