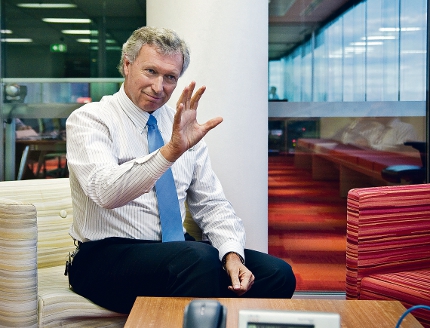 Mr Medalawitz said Mr Scrimshaw's experience with finance and marketing iron ore in China would be particularly useful for Cleveland.

"His commercial and corporate rigour and international connection will cement the company's strong start and will assist Cleveland reach its corporate aspirations."

Mr Scrimshaw announced he was stepping down from his post as executive director and deputy chief executive in April.

He said he was delighted to rejoin his former colleagues at a time of significant advancement for Cleveland.

The company is currently ramping up its preparations to begin mining at its Premier gold project in central Brazil.

It says it plans to begin mining the 89,000 ounce JORC compliant resource at Premier within the year.