Screws tighten a tad for LNG

OPINION: Incentives or government intervention might be needed to align the interests of the many joint venture partners in WA’s major LNG assets. 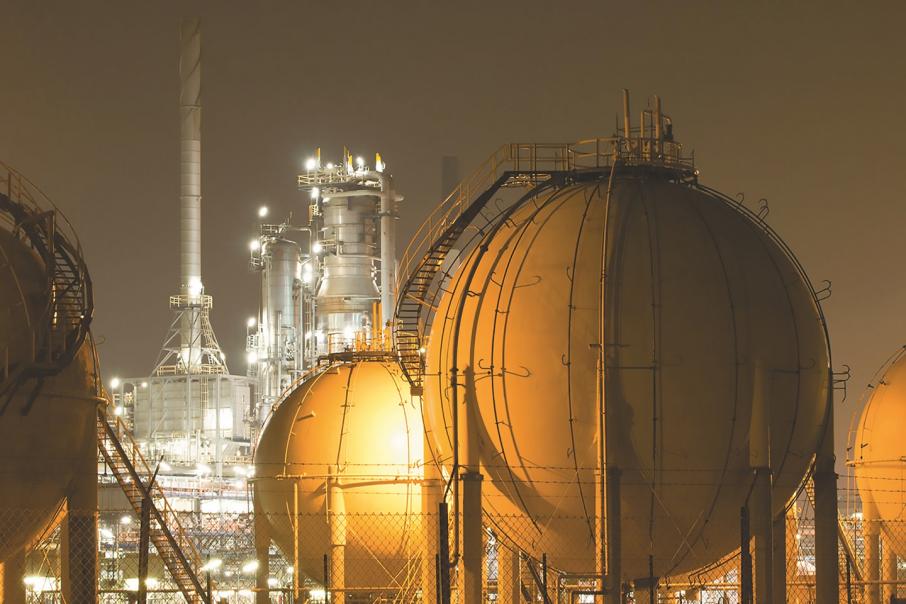 OPINION: Incentives or government intervention might be needed to align the interests of the many joint venture partners in WA’s major LNG assets.

While green groups have discovered a new way to apply pressure, an international bank has not only raised doubts about growth plans, it even suggested that the LNG business might start to shrink.

The latest twists in the LNG expansion saga are disturbing news for the federal and WA governments, because both have pencilled in significant increases in tax revenue and job creation from new LNG projects.

The latest green objection to LNG comes from a group called Global Energy Monitor (GEM), a US-based organisation that started as an anti-coal club before morphing into a full-blown opponent of all forms of fossil fuel.

In its latest report, GEM argues that LNG could turn out to be worse than coal because it is difficult to monitor methane emissions at all stages of the production, distribution and end use.

While not yet part of mainstream thinking about LNG, which is promoted by producers as a halfway house between coal and renewables such as wind and solar, the GEM claims will no doubt have been noted by civil servants working for the Environmental Protection Authority who have already muddied the waters for the state government and it push for an expanded LNG industry.

The EPA’s stance on LNG, which includes a suggestion that all new energy-intensive projects should be carbon neutral, has stirred a debate at the highest level of government because of the near-impossibility of achieving genuine carbon neutrality in a big LNG project.

GEM’s latest contribution to the carbon reduction debate will be well known within the confines of the EPA, though perhaps not discussed openly because it might further strain the department’s relationship with its political masters.

Unfortunately for the WA government in its efforts to walk a fine line between what the LNG industry wants and what the EPA has recommended (and partly rescinded), one of the world’s biggest investment banks has suggested there might be an LNG slowdown rather than a ramp-up.

A recent research note from JP Morgan said it was downgrading its investment advice on Woodside Petroleum stock to ‘sell’, given the uncertainty over the Browse and Scarborough LNG projects.

More important than an investment tip, however, was a comment that, because it seemed likely that Woodside would be unable to convince its partners to proceed with the Browse and Scarborough projects, then part of the existing North West Shelf would need to be closed.

What’s happening is complicated but it boils down to the fact that the North West Shelf is an old LNG project that has been operational for almost 40 years, and its processing facilities on the Burrup Peninsula near Karratha need a new source of gas to continue producing at current rates.

Plans to locate a new gas source have narrowed to the Browse gas fields, which were discovered almost 50 years ago but never been developed because they’re very remote.

Woodside’s latest plan for Browse is to pipe the gas 900 kilometres via a submarine pipeline to the North West Shelf. That can only happen if all Browse field owners (Woodside, Shell, BP, Mitsui, Mitsubishi, and PetroChina) agree to invest, and that the owners of the North West Shelf processing plant (Woodside, BHP, BP, Chevron, Mitsui and Mitsubishi and Shell) agree on processing terms.

Aligning the interests of the two syndicates is proving difficult, not only because of the costs but also because several members have other potential LNG investment opportunities attracting their attention.

“We believe the marginal returns from these assets (Browse and Scarborough) is hampering Woodside’s ability to convince joint venture partners to proceed and this is likely to cause delays to the investment schedule,” JP Morgan said.

“The risk is that one or both are indefinitely shelved, which likely means that trains (processing units) at the Karratha gas plant will need to be shut down.”

Most at risk is the Browse-to-Burrup proposal because of its complexity in technical and ownership terms.

The Scarborough gas field development could be easier to achieve because Woodside has a majority ownership position with BHP the only other shareholder, while the gas would be processed through the Pluto plant in which Woodside also has a dominant position with two Japanese energy utilities as its partners.

Other banks don’t share JP Morgan’s gloomy view of the Browse-to-Burrup project, though there is a widely held position that aligning the interests of multiple joint venture partners will require government intervention or incentives.

A threat to not renew the leases covering the Browse fields has already been made but is highly unlikely to be enforced because of the damage it would do to Australia’s reputation as a safe place to invest.

But unless something is done, the closure of part of WA’s original LNG project is a possibility.