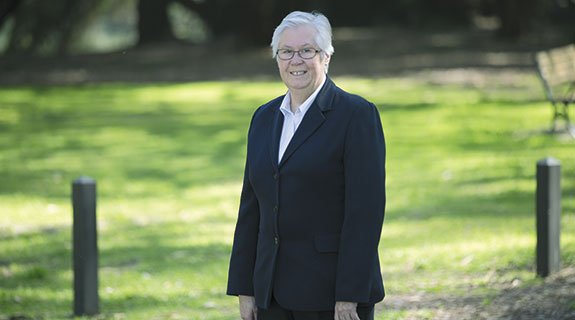 TWO of Western Australia’s longest-established youth organisations have undertaken a number of initiatives to update the broader public’s view of their roles and relevance.

Combined, the Girl Guides WA and Scouts WA branch have a membership of more than 10,000. And while the two groups operate completely independent of one another, they share a common problem – the perception that what they offer is outdated and lacking relevance in 2015.

Girl Guides state commissioner Brenda Hamlett told Business News that, after a decade of falling memberships, the organisation was targeting regional areas as a way to boost current state membership figures of 2,500, 2,000 of whom are youth members.

Dr Hamlett said Girl Guides had recognised there was a perception members only did crafts or sold biscuits.

To counteract this, the organisation has introduced practical life skill classes and begun showcasing its broader scope, including at a recent Canberra function attended by several high-profile politicians, including WA senator and new women’s minister, Michaelia Cash.

Dr Hamlett said Girl Guides WA was working on three new programs and, in recognition of numbers dropping off particularly in rural areas (usually after a single champion of the organisation moved), it was working on ways to increase leadership across troops so programs could carry on when key guides departed.

One program being rolled out next year involves taking a more financial approach to selling the Girl Guides famous biscuits.

Under the program, which has received funding from Financial Literacy Australia, members aged seven to 12 years old will learn how to budget, prioritise needs and apply basic accounting principles.

Within the same program, older members, many of whom are studying and working part-time or starting careers, can participate in a more advanced course involving superannuation, loans, insurance, safe online purchases, and controlling a budget.

Other new Girl Guides programs include a weekend course aimed at improving body image, self esteem and self confidence, which has already proved extremely popular, and a Voices against Violence program, which provides practical steps Guides can take to help themselves or others in violent situations.

“We’ve got a big push recently on Guides being enabled to be advocates,” she said.

“Even if it’s something that doesn’t involve them personally, they’re out there informed about the issues and speaking out.”

Scouts WA executive manager Sherry Donaldson told Business News while the organisation did not lack new members (it has more than 8,000 and a waiting list), it did suffer from people sometimes not knowing what it did or thinking the organisation’s offering was a bit antiquated.

Ms Donaldson said while the Scouts core values hadn’t changed, the way they delivered them had; changes she believed also accounted for 50 per cent of its members now being female.

Ms Donaldson said members participated in a range of programs through the Scouts own registered training organisation, such as one aimed at helping members find employment in the entertainment and events management area.

Other programs include a certificate IV in leadership skills, and certificate II and III in business and outdoor education.

She said the Scouts had recently received a $100,000 grant from Westpac to buy ‘castles’, made to flat pack specifications by homeless and unemployed youth in Launceston, Tasmania.

She said that, in association with the Hope Community Services in Armadale, the flat packs would erected into new sustainable camping facilities by youth on remand from the criminal justice system.

Ms Donaldson said the Scouts sought out partnerships with other groups to carry out larger projects, but insisted on some key rules.