Scottish result may have echo in far-off WA

If Scotland votes for independence exactly two weeks from today, expect a revival in another part of the world that has had the occasional secession debate – Western Australia. 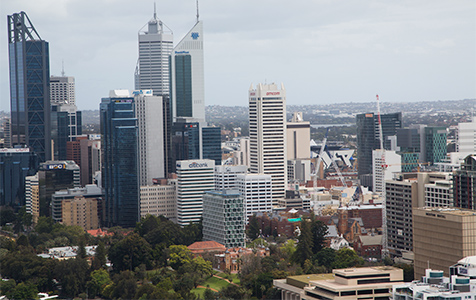 If Scotland votes for independence exactly two weeks from today, expect a revival in another part of the world that has had the occasional secession debate – Western Australia.

Easily dismissed as a dream, the desire of many WA residents to run their state free from eastern states interference has never been far from the surface.

The current debate over the allocation of GST revenue, whereby WA’s share has been drastically reduced, is one example of the state being used as a cash cow by the rest of the country.

The attempt to introduce a special tax on iron ore profits is another example of a tax made in Canberra for application mainly in WA.

Grievances about the sharing of tax revenue is what also lies at the heart of the Scottish push for freedom from London, with the financial flashpoint over there being the unfair sharing of revenue from North Sea oil.

Deeper down, there are moans about other injustices, plus the occasional (historic) outbreak of war between the northern and southern ends of Britain.

WA has never been at war with the rest of Australia, except on the sporting field, but it does have an interesting history of past attempts to break free, including the famous 1933 referendum on secession, which was carried by a two-to-one majority.

That vote was not acted on because an anti-secession government was elected in Perth at the same time as the referendum; but the numbers were significant, with 138,653 people voting ‘yes’ to secession against 70,706 voting ‘no’.

There were other factors in the WA secession vote failing to gain traction, but the fact that disillusionment with Canberra had reached a level where an overwhelming majority agreed with the proposition that the state would be better off going it alone demonstrated the mood at the time.

A repeat vote on WA exiting the Commonwealth is not being discussed today though a former premier, Richard Court, flashed the secession card at a mining conference in early July.

Until recently, a Scottish ‘ye’s vote seemed unlikely; but the latest opinion polls ahead of the September 18 referendum put the split at 53 per cent ‘no’ and 47 per cent ‘yes’.

Given that the normal margin for error in an opinion poll is plus-or-minus 3 per cent, the potential for a yes win cannot be dismissed.

Reports from London point to the British government and the opposition hitting the panic button, because a few weeks ago the voting split was measured at around 60 per cent ‘no’ and 40 per cent ‘yes’.

If the recent swing continues at the same pace, Scotland will become an independent country, albeit a very poor country thanks to North Sea oil production being in steep decline.

WA is in a different situation in many ways, with money the big difference.

Whereas an independent Scotland will struggle to pay its way, WA would be infinitely better off financially as an independent country thanks to its natural resources, especially iron ore and petroleum, which account for close to 40 per cent of Australia’s exports.

While there’s nothing happening at a political level in WA about secession (apart from Mr Court’s comments in July) there are some very rich potential backers for such a move.

The irony of the situation is that the WA should actually be in an impregnable financial position if it was allowed to keep the tax revenue raised here for spending here.

Money and tax have been the cause of most revolutions. The Scottish situation, despite the diversion of personality clashes and national pride, is a financial argument, just as the US breaking free from the U.K. more than 200 years ago was the result of a dispute over tax and money as a saying of the day proclaimed: “No taxation without representation”.

History leans towards WA sticking with the rest of Australia, despite that 1933 vote and the current financial grievances.

But if Scotland votes to end 300 years of its own history by quitting the UK, then the WA situation will undoubtedly be raised again; and while it might be an interesting debating topic today, there is the potential for something more significant to develop.