SPECIAL REPORT: The new boss at the state’s biggest private sector employer wants to get more women into senior management. 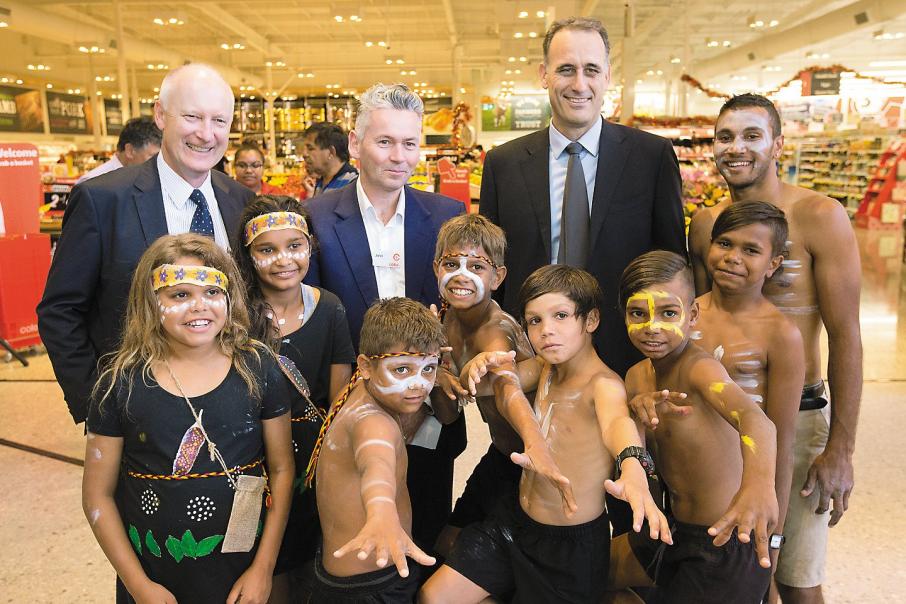 Rob Scott inherited a business with numerous achievements when he formally took the reins at Wesfarmers last month, but one area where it has failed to achieve its own goals is what he calls ‘gender balance’.

Turning that around is a priority for Mr Scott, who heads a company that has bucked the trend of outsourcing work to contractors.

Wesfarmers’ bias towards hiring permanent staff has helped it achieve rapid growth in numbers of Aboriginal employees, but the number of women in management has failed to improve.

Women comprise 54 per cent of Wesfarmers’ total workforce, but just 32 per cent of all management and professional roles and 24 per cent of senior executive positions.

“This has been a focus for a long time but we haven’t got the results we wanted, particularly at the very senior levels,” Mr Scott told Business News.

“We’ve got more work to do there; it’s something I’m passionate about.

“The leadership team needs to be representative of our customers and communities.”

The group recently launched independent audits in some of its business units and at a senior level, to better understand what’s holding it back and what it can do better.

Mr Scott said one notable change was the language Wesfarmers used to describe this issue.

“We’ve stopped using the word ‘diversity’ to apply to gender; we think ‘balance’ is a better term,” he said.

“Diversity could imply there is some minority aspect; clearly that is not the case

“We need to stop viewing women in leadership as a problem we need to solve, and start viewing it as a more balanced approach to leadership.”

While progress has been slow on gender balance, Wesfarmers has achieved rapid progress in regard to Aboriginal employment.

Most of the Aboriginal employees are with Coles, which has continued to improve on this goal since the end of the financial year.

That equated to 3 per cent of all staff, which was representative of Australia’s indigenous population.

“We are a better company for it,” Mr Durkan said.

“We think it’s important to employ indigenous people because it provides greater diversity in thinking and experiences, and expands our talent.”

Another big change at Coles has been the move away from contractors to employees for trolley collection and cleaning services, to address underpayment issues.

About 3,000 staff members, directly employed by Coles, are responsible for day-to-day cleaning at its 800-plus supermarkets across Australia, replacing five contractors that previously supplied this service.

In addition, Coles directly employs around 3,200 staff to collect trolleys at more than 720 stores across Australia.

The trolley collection that is still outsourced has been consolidated with a single provider, United Trolley Collection, which has signed a deed of proactive compliance with the Fair Work Ombudsman.

This replaced the previous system where Coles had 30 contractors providing trolley collection services.

Mr Scott said the Wesfarmers group had two overarching priorities in regard to its staff.

One was workplace safety, ensuring all team members go home safely after work.

Mr Scott observed that Wesfarmers’ industrial businesses in some cases had a better record than the retail businesses.

“That highlights there are opportunities to continue to improve,” he said.

“Bricks and mortar retail businesses quite deliberately have a higher requirement for people than some of the startup or online businesses or discounters,” Mr Scott said.

“The more successful we are, the more people we end up employing, and we’ve demonstrated that.”

He said that was why Wesfarmers continued to push for a level playing field in terms of regulation, notably in Western Australia where retail trading rules limited opening hours for chains such as Coles.

“Our focus has been more internal,” he said.

“We engage closely with team members and unions, to try and arrive at constructive outcomes.”

He is hoping the SDA – the union that represents shop workers – will come around to Wesfarmers’ position in support for retail trading deregulation.

“I value the role they play,” Mr Scott said.

“We have a lot in common; there are opportunities for us to work more closely together.

“I think there is a lot of alignment between what we want and what the union should be advocating.”