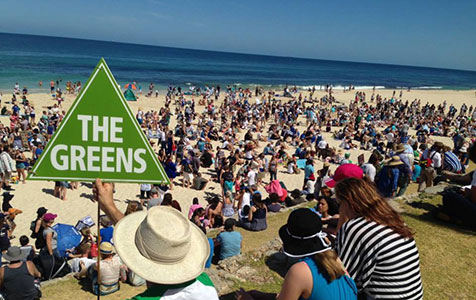 More than 300 Australian and international scientists and experts have signed a letter of concern, which has been sent to the Environmental Protection Authority and Mr Hunt, as part of the assessment process for the proposed three year extension of Western Australia’s shark cull.

“This letter clearly demonstrates the lack of any scientific basis for this policy, including that the proposal presents no evidence that lives will be saved,” Australian Greens senator Rachel Siewert said.

“This submission makes the point that drum lines are indiscriminate, with more than three quarters of last summer’s catch being the wrong species or being undersized.

“It also makes it clear that there is a high risk of mortality for those animals which are caught on drum lines and then released.”

Ms Siewert argued that the stage government was ignoring modern science and proven, non lethal options for mitigating the risk of shark attacks, including the South Africa’s shark spotter program or Brazil’s tag and remove approach.

“These experts question the WA government’s claims that the environmental impact will be low, pointing to issues such as a lack of proper knowledge about population numbers and growing evidence about the impact of removing apex predators from the environment,” Ms Siewert said.

“The final decision on the future of this cull lies with Mr Hunt, who cannot ignore the weight of scientific evidence that has been presented.”