The news last month that CBH Group was shutting down its Lupin Foods subsidiary after failing to find a buyer shows that commercial requirements and scientific advancement do not always connect neatly. 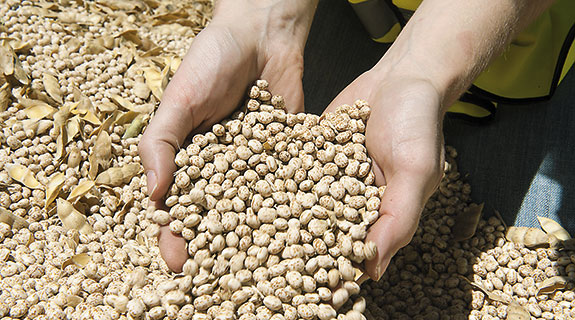 STRONG POSITION: WA is the dominant lupin supplier to the world. Photo: Department of Agriculture and Food

The news last month that CBH Group was shutting down its Lupin Foods subsidiary after failing to find a buyer shows that commercial requirements and scientific advancement do not always connect neatly.

Started in 2012, Lupin Foods had developed some processing technology that produced a flake to make the legume seeds more suitable for human consumption.

But a review last year of CBH’s strategy led to Lupin Foods’ demise.

A CBH spokesperson said Lupin Foods had achieved success in furthering the development of the lupin market beyond animal feed, but the scale of the Forrestfield operation was too small for the company’s business model.

Some in the sector described the withdrawal of CBH from the development of the market as a setback, especially given the scale of Western Australia’s production and the potential for better prices if consumption by humans were to increase.

WA’s position as the dominant supplier to the world, with around 80 per cent of the global crop, is largely thanks to the work of agricultural scientist John Gladstones, who released the first lupin (Lupinus angustifolius or sweet lupin) adapted to WA conditions in the late 1960s and early 1970s. This was a major technological breakthrough that marked the beginning of lupin cropping in Australia.

Dr Gladstones is better known for his work in defining the suitability of the state’s South West for wine grape production but, in export terms, lupins have around the same value.

Most WA exports end up in Asia, notably South Korea, where it is mostly used for pig feed.

WA is also emerging as a rival to NSW in the production of a more niche lupin variety, Lupinus albus, which is a popular snack food in Egypt and neighbouring countries.

Otherwise, human consumption is quite limited, despite increasing evidence that lupins punch above their weight in terms of protein, fibre and other health benefits; it is another superfood, to use a description that has become somewhat overused in the sector.

The science around the health benefits of the legume is mainly being undertaken in Europe, with Italian research pointing to lupins being helpful in combating diabetes.

In WA, the Harry Perkins Institute of Medical Research’s WA Centre for Food & Genomic Medicine has links to local academics known for their work in the field.

Fremantle-based Bodhi's Bakehouse produces a lupin bread it says has been specifically designed in conjunction with the research centre to assist with weight control.

The baker said a University of Western Australia study found that eating bread made from lupins reduced consumption of energy during subsequent meals.