Science, business and the final frontier

WA is uniquely equipped to become a global leader in the space industry, according to the state’s scientist of the year. 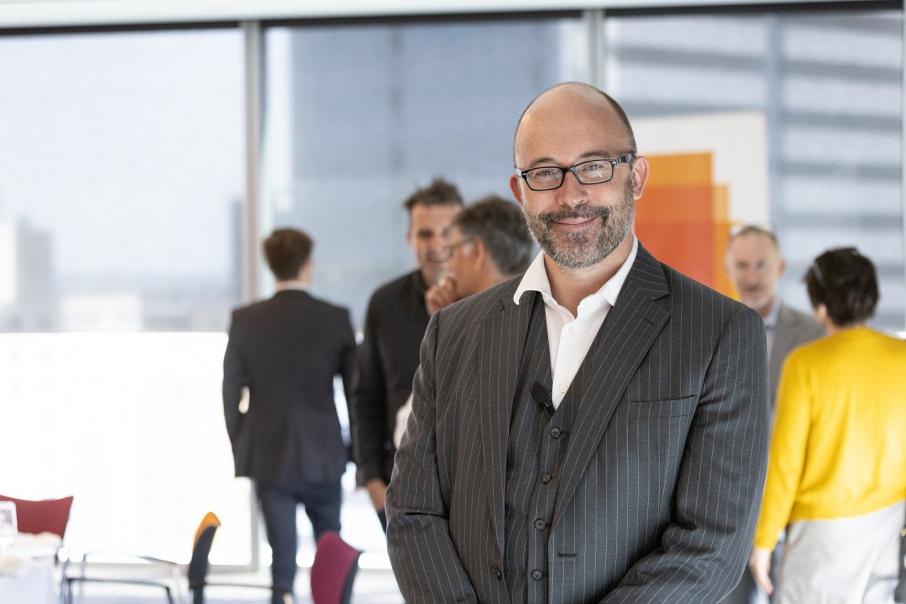 Phil Bland says his visit to the US last month for the International Aeronautical Congress convinced him there are great opportunities for Western Australia arising from NASA’s Artemis lunar program.

In particular, the Curtin University professor of earth and planetary sciences and co-winner of the 2019 WA Scientist of the Year award said, the state’s expertise in remote operations gave it a decided edge in terms of the US space agency’s plans.

Speaking at a panel discussion earlier this month hosted by startup incubator Atomic Sky, Professor Bland joined industry representatives and government figures to discuss how WA could grow its space industry by drawing on its existing expertise in the mining, agricultural and defence industries.

Professor Bland said WA’s expertise in remote asset management and robotics meant it was well equipped to work with NASA on the program, which involves landing astronauts on the Moon and on Mars.

To illustrate that point, he mentioned NASA’s proposed Lunar Gateway, a space station that would require the input of contractors from all over the globe for building and maintenance.

“You guys would have a better idea than I do about what a contract in that area is worth, but I’d guess it’s big,” Professor Bland said.

While he made the case that Australia was in a unique position to grow its space sector, Professor Bland said NASA and the world’s space agencies were aware of what the country could offer the sector.

He said that was evident in September, when Prime Minister Scott Morrison met with NASA officials in the US and publicly pledged to triple the recently formed Australian Space Agency’s budget to assist with its Artemis lunar program.

“The agreement between Australia and the US in that area to provide that as part of the Artemis program reflects that.”

WA, however, was best placed to assist in its Artemis program, owing to the mining industry’s continuing investment in robotics and automation.

“We can be in a state in 10 years’ time where we, WA, are the trusted partner for that program.”

Although the size of the state’s sector is difficult to measure, a 2018 review of WA’s space sector by chief scientist Peter Klinken estimates the industry currently employs about 10,000 people and is worth between $3 and $4 billion nationwide.

In that same review, Professor Klinken said WA maintained an advantage when it came to space exploration because its location provided maximum access a network of satellites integral to modern location services.

Although the review noted that advantage had been further boosted by WA’s continued investment in communication and computational infrastructure, it cautioned it needed to do a better job of communicating its value to space exploration both nationally and internationally.

Professor Bland made a similar point at the event, saying that although Australia was receiving attention from NASA, WA would have to work aggressively to make its case as an effective partner in space exploration ahead of a planned moon landing in 2024.

“We’ve got a great opportunity right now to head out there, knock on the door at NASA’s HQ and ... follow up on what’s happening on a state and federal level,” he said.

For its part, the state government signed a memorandum of understanding in July with the federal government to secure a $6 million investment in a mission control system as well as space data analysis facilities.

Science Minister Dave Kelly, who also appeared at the event, emphasised that although the state government was eager to invest in and build the sector’s capabilities, it was up to private operators to drive progress.

“We don’t have the roadmap as to how this is going to work,” Mr Kelly said.

“We need industry, both large and small, to tell us how to progress and take up the opportunities that the space industry has to offer.”