School projects get to work outside classroom 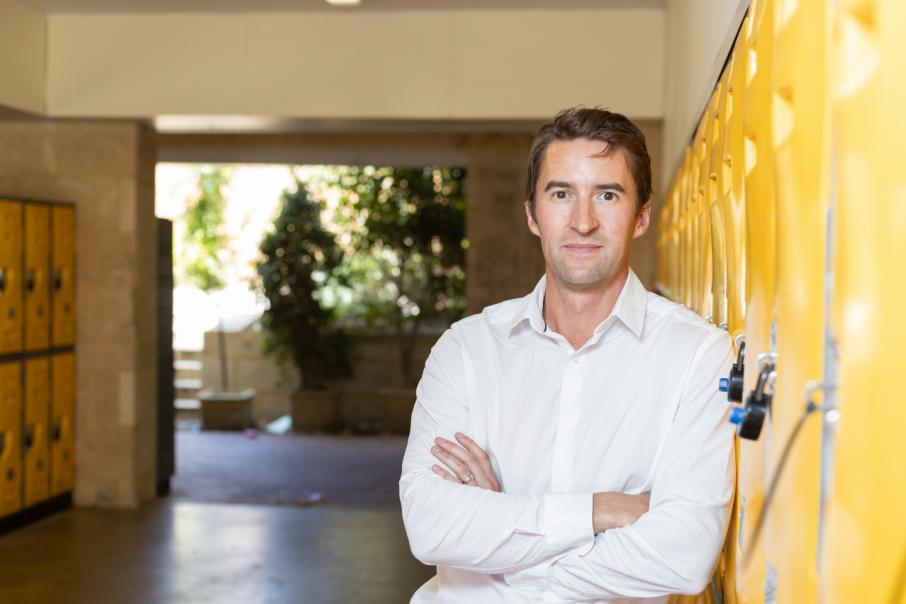 She had noticed that for elderly people living with dementia, oftentimes they were shifting between family members and carers, in need of constant supervision, medication and doctors’ appointments.

The need for a reliable, easy-to-use network for carers led her to the idea for Collective Care, a web application developed alongside classmate Jack Stapleton.

The application was developed as part of an elective learning program at the school aimed at encouraging students to solve major social issues through technology and innovation.

It provides shared calendars, messaging and notification reminders for those who look after disabled or elderly persons.

It was recognised at the national iAwards in September and WA Innovator of the Year awards.

“Generally, the kids that get really into it get a lot out of it,” Mr Neal said.

“If it’s a good enough idea, it doesn’t stop when that class stops.”

First created as part of the class in 2018, Collective Care gained momentum when Ms Griffin and Mr Stapleton showed interest in further developing their idea after the semester was over.

Entering the Just Start IT awards, an 18-week interschool program where children can engage with and learn about startup culture, the two were subsequently given the opportunity to develop a working prototype and flesh out their idea alongside industry professionals through formal pitching processes.

Collective Care took out the top prize that year, following on from Split Connect’s the year before, which was also a result of Seton’s elective class.

Split Connect arose from a student who looked for ways to solve his parents’ communication problems after they divorced, eventually building a platform that allowed his family to communicate with the input of an intermediary to enable conversations that were appropriate and respectful.

Mr Neal said those wins were well-earned recognition for the children’s work in the class.

“It’s not ground breaking what they’re putting together, but there’s nothing else out there that really does the same thing.”

Though the program did not fit naturally with the school’s curriculum, Mr Neal said its strength came from its ability to bridge disciplines and provide an avenue for students to practically execute what they were learning.

“There’s always a process involved, and you develop skills through the process,” he said.

“The kids have to work together, and generally they have to communicate their ideas at one point.

“If it’s problem-based, they’re working on their problem-solving skills (and) they have to be creative into how to solve problems.

“It’s difficult trying to shoehorn (those skills) into specific subject areas, but project-based learning works for us because it allows us to do that.”

Mr Neal said Collective Care’s success meant there was potential for Ms Griffin and Mr Stapleton to commercialise their app in the near future, with an option to explore monetising the platform or engaging with investors at a later stage.

Regardless of that potential though, he said project-based learning was a success because it created an avenue for children to engage with pressing social issues, rather than spend their time on frivolous design classes.

“They’re coming up with solutions to actual problems that would make people’s lives easier, rather than finding a cool way to organise the music in their iTunes,” Mr Neal said.