A Singaporean investment manager has bought the Sunmoon Boutique Resort in Scarborough for $8.3 million, with plans to transform the property into one of Australia’s first build-to-rent projects. 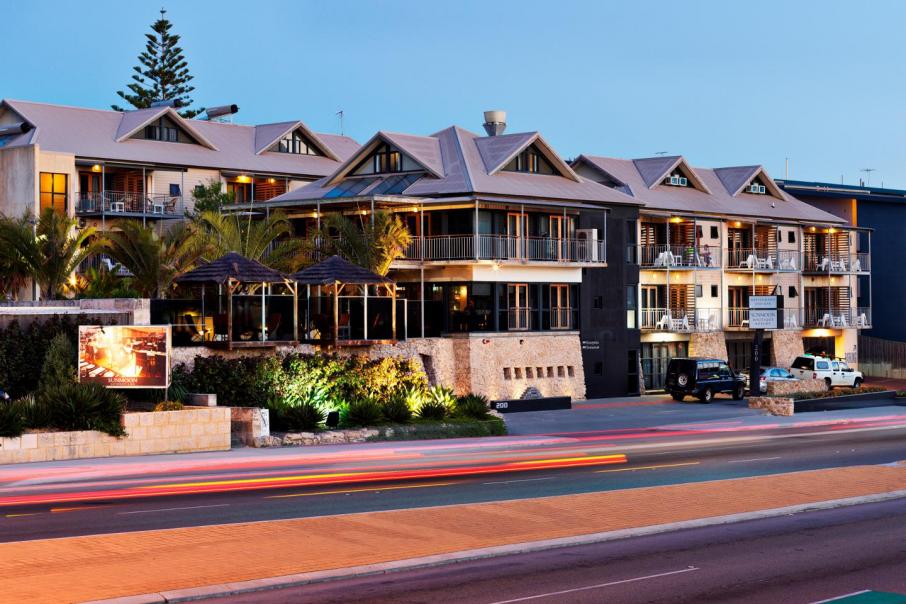 A Singaporean investment manager has bought the Sunmoon Boutique Resort in Scarborough for $8.3 million, with plans to transform the property into one of Australia’s first build-to-rent projects.

The sale of the four-star hotel was negotiated by CBRE head of capital markets Aaron Desange, associate director Ryan McGinnity and agent Chloe Mason, managed on behalf of private owner John Hughan, who has operated the resort since 2006.

The Sunmoon resort is adjacent to the site of 3 Oceans Property’s proposed two-tower Iconic Scarborough development, which is currently awaiting approval from the Metropolitan Redevelopment Authority.

The Sunmoon sale marks the first acquisition in Western Australia by Meadpoint Pte Ltd, a Singapore-based investment manager specialising in commercial and build-to-rent properties across the Asia Pacific, with its portfolio including two properties in Brisbane.

Ms Mason said Meadpoint had recognised the potential of the property as a build-to-rent project, capitalising on its current configuration and prime position near the recently revamped Scarborough beach.

“Meadpoint is an experienced investor in build-to-rent projects, so this marks an exciting time for the continued development of Scarborough and its growing residential and commercial bases,” she said.

“Well-established in the US and Europe, build-to-rent (also known as multifamily) remains an emerging market in Australia, with the possible conversion of Sunmoon representing what could be one of the first projects nationally.”

The built-to-rent concept involves developers or financiers building multi-unit or apartment buildings and, instead of selling the units, they retain and rent them out.

Ms Mason said the Sunmoon asset would likely cease to be a resort following a refurbishment starting later this year, after which the build-to-rent strategy would be implemented.

Meadpoint has already appointed an architect and is currently in the process of working through building tenders.

Urban Development Institute of Australia WA chief executive Allison Hailes said while build-to-rent schemes were just emerging on Australia’s east coast, they were an established practice in the UK and US, where investors included large developers, banks, insurance companies and superannuation funds.

“Build-to-rent schemes can be a viable avenue for providing much needed affordable and social rental accommodation to the market,” Ms Hailes told Business News.

“Unfortunately, in Australia there are barriers that have meant it hasn’t been a viable investment; however there are indications that market conditions are changing and we are likely to see more build-to-rent projects as they become a more attractive development option.

“The federal government needs to look at tax incentives and other ways of incentivising developers to deliver more of these kinds of projects.”

Among the main barriers to build-to-rent schemes in Australia, the Australian Housing and Urban Research Institute points to low returns, high risk, high management costs and the lack of institutional experience, particularly with regard to large-scale investment in rental housing.

“It’s needed because there is a growing number of people who want secure long-term rental housing compared to the mostly short-term rental lease arrangements available today,” he said.

“The WA government’s plans for high-density social and affordable housing projects in Metronet precincts will offer great opportunities for a public/private build to rent housing outcome.”