Scaffidi gets a reality check

Lisa Scaffidi is no stranger to the responsibilities of public office, which is why the imbroglio currently surrounding her is so perplexing. 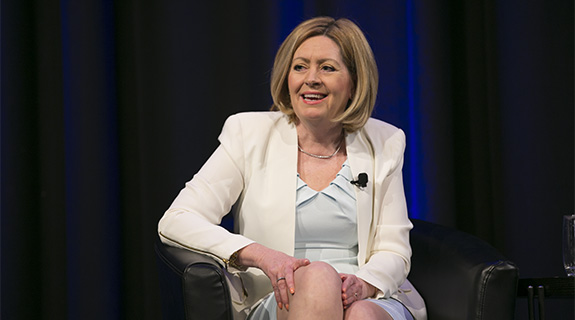 The significant privileges that election to high public office brings are inevitably accompanied by major responsibilities, as Perth Lord Mayor Lisa Scaffidi has rather brutally discovered.

And it couldn’t have come at a worse time for her – in the middle of an election campaign. What initially seemed to be a walk-up start to winning a third four-year term as Perth’s civic leader has turned into a nightmare.

Ms Scaffidi’s only opponent in the poll is 28-year-old councillor Reece Harley. His colleagues shunned him after he decided to nominate. He wasn’t considered a serious challenger, initially. His candidacy was put down to youthful exuberance.

But after a Corruption and Crime Commission report referred to ‘deliberate’ acts of serious misconduct by Ms Scaffidi over her failure to disclose travel expenses from big companies, BHP Billiton (for the 2008 Beijing Olympics), and Hawaiian Investments, which both had dealings with the Perth City Council, it landed her in hot water at the worst possible time.

Ms Scaffidi has sat on the council for 15 years, the past eight as an apparently successful, and popular, civic leader. But the danger signals should have started flashing immediately the offers were made.

Major companies don’t splash their patronage around indiscriminately. And civic leaders will be, from time to time targeted for some form of hospitality, or benefit.

Perhaps one of the very first examples of significant patronage to emerge during the minerals boom in the 1960s was the issuing of preferential Comalco shares to leading politicians around the country, including Western Australia. The political impact was blunted when it was disclosed that, in Queensland at least, politicians on both sides had gained.

Such was the outcry, however, that the shares had to be returned. And that started the push for pecuniary interest registers and the requirement that decision makers – politicians and senior public servants – declare any conflicts of interest that might arise.

The reason? Once decision makers are compromised, their capacity to function objectively on major issues that come before them for decisions can be brought into question.

This brings up the issue of transparency, or open government. There seems to be an inbuilt secrecy mechanism in all bureaucracies. Taxpayers, or ratepayers, might be footing the bill and paying the salaries of elected representatives and public servants, but do they really need to know the full details of what is going on? And would they really understand it? Perhaps better not to trouble them. Let sleeping dogs lie.

However experience shows it is much easier to defend actions that are on the public record, rather than those that have not been disclosed and are dragged out later.

So the lord mayor has not only had her credibility seriously questioned during the election campaign, she has now suffered the ignominy of having been dumped from the Local Government Standards Panel, which deliberates on misconduct complaints against councillors.

The result of the mayoral election is one thing, but Ms Scaffidi also has to endure a Department of Local Government investigation into her actions, which could take several weeks.

And what of relations between the state government and the Perth City Council? They seem to be deteriorating fast. Premier Colin Barnett was less that sympathetic over Ms Scaffidi’s woes, and Local Government Minister Tony Simpson wants to take a closer look at the council’s activities, especially given that the deputy lord mayor, Rob Butler, also revealed he failed to declare a sponsored overseas trip.

It’s not a good look, especially when the government is legislating to expand the council’s boundaries. There’s no quick fix for this dilemma.

More than 23,000 residents in the federal electorate of Canning face fines of $20 each for failing to vote in the recent federal by-election, unless they can produce a reasonable excuse to the Australian Electoral Commission.

Only 79.5 per cent of electors actually voted in the poll, compared with 92 per cent in the seat at the 2013 general election. It was one of the lowest turnouts for a federal seat in recent years, although still marginally higher than the 79 per cent in former federal treasurer Peter Costello’s old seat of Higgins when he quit politics in 2009.

The commission is obliged to send the fine notices to all non-voters, and the penalty for ignoring the commission’s letter could be even more costly.

Failing to respond means non-voters could end up in the Magistrate’s Court. Without a convincing excuse they could be ordered to pay $170, plus costs, and a possible criminal conviction, for failing to comply with the compulsory voting requirements.

The winning margin for Liberal MP Andrew Hastie, over his Labor rival Matt Keogh, was 5.3 per cent. The next election will be fought on fresh boundaries to accommodate the new seat of Burt, based on Armadale and Gosnells.