OPINION: Every cloud has a silver lining, even the attacks on the Saudi Arabian oil industry, because they could provide the incentive for customers to seek more liquefied natural gas from Western Australia. 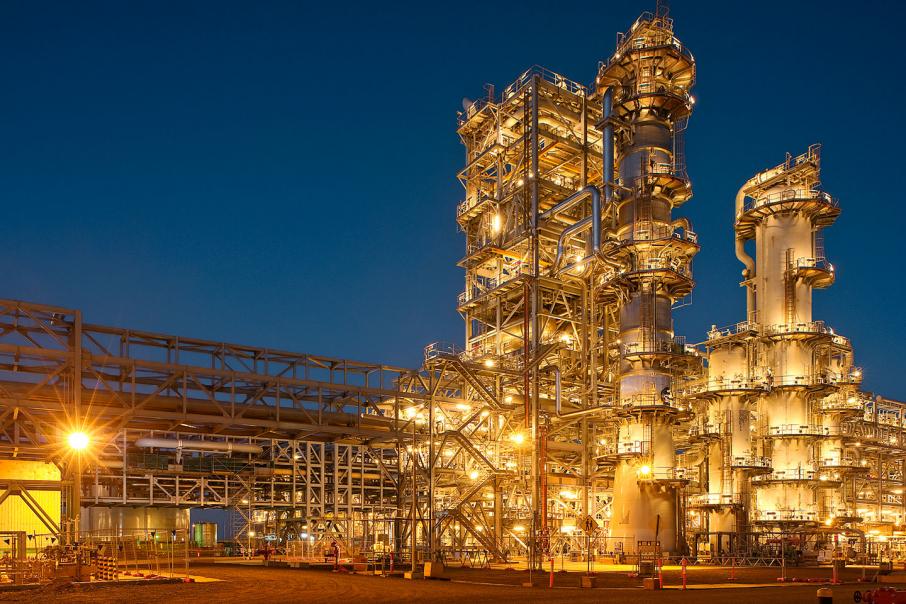 Supply continuity from plants such as Pluto is a key factor in WA projects’ pitch to the lucrative LNG markets of Asia. Photo: Woodside

Energy security is again in the spotlight amid rising tensions in the Middle East.

Every cloud has a silver lining, even the attacks on the Saudi Arabian oil industry, because they could provide the incentive for customers to seek more liquefied natural gas from Western Australia.

This would undoubtedly put WA resources back in the international frame and even ensure the go-ahead for the long-delayed Browse and Scarborough projects.

Until a drone swarm crippled a large part of the Saudi petroleum industry, the biggest issue in oil and gas was concern about overproduction and falling prices.

Four days before the drone strikes, when Saudi oil output was halved and the price of oil rose by more than $US10 (14 per cent) a barrel to $US68/bbl, the biggest concern of oil-producing countries was a forecast fall in the oil price.

In its latest monthly market report, the International Energy Agency said a glut of oil was developing and the price would fall sharply next year without significant production cuts.

The cut has been delivered via the shutdown of most activity at the Abqaiq oil refinery that is responsible for 70 per cent of Saudi Arabian oil exports.

Coming on top of attacks on oil tankers in the Persian Gulf (and just outside the gulf), the threat of a total shutdown of oil and gas exports from the region cannot be ignored, nor can a full-scale war between arch-enemies Iran and Saudi Arabia.

So much will change after the drone attacks on Saudi oil infrastructure that books will be written about the event, with chapters devoted to the religious differences that are the root cause of the dispute (Shia Islam versus Sunni Islam), the use of oil as a political weapon, past oil shocks when Arab states blackmailed the world with oil-export embargoes, and the over-reliance of the Western world on petroleum from a historically unstable region.

That final point is the one WA gas producers will be able to use (perhaps without even mentioning Saudi Arabia) next time they knock on the door of a potential LNG buyer in China, Japan or South Korea.

Security and reliability of supply are the selling points that will encourage gas buyers to place their next LNG order with a producer outside the Middle East, and certainly not one forced to ship cargoes down the Persian Gulf such as Qatar, currently the world’s biggest LNG exporter.

Back in the 1970s, not long after the oil embargoes enforced by the Organisation of Petroleum Exporting Countries, a similar set of security questions worked in favour of the development of the original North West Shelf project.

The price of oil was pushed higher through the 1970s as Middle East tensions boiled over into a war with Israel in 1973 and the Iran hostage crisis in 1979-80. From less than $US10/bbl, oil marched up to $US40/bbl in 1981 (more than $US100/bbl in today’s dollars), slowing the global economy but acting as an incentive to develop WA’s gas reserves for export.

It sounds surprising today but the go-ahead for the North West Shelf was a close call and needed an oil-price boost because the US partner in the project, Chevron, was holding out over uncertainties about the project’s profitability.

When I interviewed the chief executive of Chevron in San Francisco in the mid-1980s, he said his company’s commitment to the shelf was a near-run thing, and would not have been made but for the oil high price. The decision actually came close to being reversed when the oil price fell shortly after the go-ahead.

History repeats, never in exactly the same way, but when the fundamental forces are the same it’s reasonable to expect a similar outcome.

The Middle East today appears to have all the conditions for a re-run of the scenario whereby oil and gas export cuts force buyers to look elsewhere.

One of the first places LNG buyers will look is the US, where a gas export boom is gathering pace courtesy of that country’s willing embrace of new technologies to extract difficult (unconventional) gas.

A second place will be Australia, where big deposits of conventional gas are waiting to be developed.

But, like the 1970s, the window of opportunity for local LNG projects will not stay open for long because there is a queue of prospective LNG projects – and just how long that queue is might be a surprise.

According to a recent study by management consultants McKinsey & Company, there are more than 100 LNG projects in the wings around the world, waiting for the right gas price to move into financing and development.

While many of the proposed LNG projects have marginal economics and might never be developed, they do have the potential to supply more than 1,100 million tonnes of LNG a year, more than eight times the forecast supply gap between now and the year 2035 of 125m/t a year.

Another potential WA beneficiary of troubles in the Middle East oil industry is the local lithium mining business, which has had a difficult period thanks to a supply glut and slow uptake of electric vehicles (EVs).

In theory, higher oil prices will accelerate the shift into EVs.

A glimpse of how the lithium business could be shaken out of the doldrums could be seen in early stock market trading after the news of the Saudi attacks reached investors, with a number of lithium stocks comfortably outperforming the overall market.

Galaxy Resources, for example, rose by 3 cents (2 per cent) in the first hours of trading immediately after the Saudi news, whereas the broader market slipped a few points lower. Pilbara Minerals also moved modestly higher.

The point about the lithium stocks gaining ground, albeit at a much lower rate than local oil stocks (Woodside Petroleum added $1.65 or 5.3 per cent) is that an oil shock has a far-reaching effect, perhaps all the way into property values in outlying suburbs and country towns because of longer driving distances.

Oil will not be the biggest factor in property prices over the next 12 months. That prize goes to interest rates, which are already at historical lows and starting to drive prices higher.

Just how low rates might go is a bit of a guessing game at the moment.

What becomes interesting is to factor in another two (or three) rounds of rate cutting by the Reserve Bank of Australia, which might reduce its cash rate from 1 per cent to 0.25 per cent.

In theory, the central bank’s cash rate flows into mortgage and other commercial bank lending rates, which means a cut of 0.75 per cent by the Reserve Bank could lead to an Australian mortgage rate of 1.99 per cent, and what that might do to residential property prices is a very interesting question.