Satterley hits back at FHOG criticism

Leading property developer Nigel Satterley has hit back at claims the first home owners grant is a policy failure, arguing the grant has provided an ongoing boost to the Western Australian housing market. 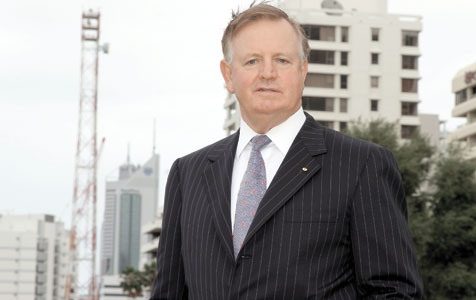 Leading property developer Nigel Satterley has hit back at claims the first home owners grant is a policy failure, arguing the grant has provided an ongoing boost to the Western Australian housing market.

Prominent economist Saul Eslake this week took aim at the first home owner grant in a submission to a Senate committee inquiry into affordable housing, describing it as a policy failure that had failed to achieve its objectives.

"It's hard to think of any government policy that has been pursued for so long, in the face of such incontrovertible evidence that it doesn't work, than the policy of giving cash to first home buyers in the belief that doing so will promote home ownership," Mr Eslake said in the submission.

"Cash grants and other forms of assistance to first-time home buyers have served simply to exacerbate the already substantial imbalance between the underlying demand for housing and the supply of it.

"In these circumstances, cash handouts for first home buyers have simply added to upward pressure on housing prices, enriching vendors (and making those who already have housing feel richer) while doing precisely nothing to assist young people (or anybody else) into home ownership."

Mr Eslake points to Census data showing the overall home ownership rate in Australia peaked in 1961 at just more than 70 per cent, despite the consistent efforts of governments in subsequent decades to stimulate greater levels of ownership.

He estimates Commonwealth, state and territory governments spent a total of $22.5 billion (in 2010-11 dollar values) on cash grants to first home buyers between 1964 and 2011.

However Mr Satterley says the economist's comments do not ring true with the experience in Western Australia.

"We have scores of examples in the past year, particularly in the November-December period, where young families have been able to go ahead with their home building plans because of the grant."

Analysis of official housing data by the Urban Development Institute of Australia last week revealed the number of first home owner grants paid in WA in 2013 increased 19 per cent to 20,441, in what was the most active year for WA first home buyers since the federal government's temporary grant boost of up to $14,000 ended in 2009.

Mr Satterley, the managing director of Satterley Property Group, said developers and builders in WA had applied innovation to put home prices within reach of the average wage earner.

"When the state government increased the bonus (for new homes) up to $10,000 in the last budget there was an immediate and positive reaction," Mr Satterley said.

"Combined with the lowest interest rate in history, the climate for home ownership has rarely been better."

Satterley Property Group is the state's biggest land developer, according to Business News IQ data, with 36,050 lots in WA.

Mr Eslake, who is chief economist at Bank of America Merril Lynch Australia, said the recent trend towards reducing grants for buyers of established homes was an encouraging development.

However he took aim at negative gearing, which he said should be abolished as it failed to serve any worthwhile public policy purpose.

Mr Eslake reserved praise for the WA government's Keystart scheme, which assists eligible people to buy their own homes on a shared equity basis.

He called for the scheme to be expanded or replicated across the nation, while also recommending governments pursue more efficient land taxation and introduce clearer and more uniform planning rules.