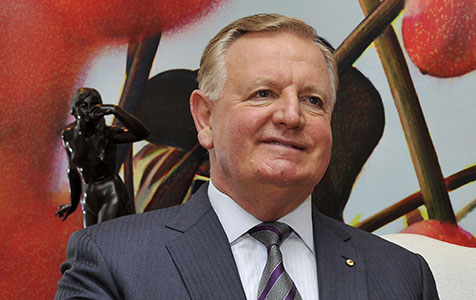 The Satterley Property Group has bought a 2,000-home lot in Melbourne for $100 million.

The purchase is part of the Perth developer's plan to secure 10 per cent of the Melbourne residential new house-and-land market.

Mr Satterley said the purchase of the 125-hectare site at Point Cook in Werribee was a sensible and timely purchase for the company and that homesites would be ready for the market within two years.

This is within the timeframe that Mr Satterley predicts the market will have returned to 'normal' levels of between 9,500 and 10,000 house sales a year, up from 6,000-6,500 sales in the current financial year.

The Satterley Group is gearing up to take advantage of future growth in Victoria, with 10 per cent of the company's holdings located in Melbourne, a figure that will increase to 30 per cent when Point Cook is released to market.

Satterley will increase this figure substantially in the near future, expecting to spend between $300 million and $400 million in the short to medium term buying land in Melbourne.

The group will remain focused on the Perth market, however, with Mr Satterley stating both state capitals were markets where strong population growth would support future residential land sales.

When complete, the Point Cook house-and-land packages are expected to range from $365,000 to $550,000, with the construction of civil works beginning by October 2014.

The construction is expected to create around 600 on-site home construction, civil works and landscaping jobs, as well as around 1,200 off-site positions.