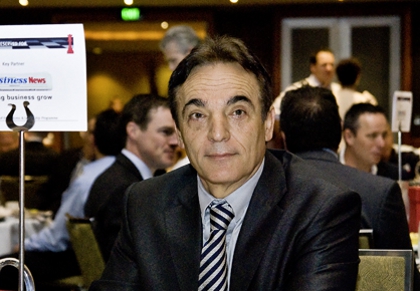 Property developer Luke Saraceni has been ordered by the Supreme Court to transfer $1.3 million into a bank account held with Bankwest in the latest fallout from the Raine Square saga.

The funds were originally transferred into a Saracen Project Management account from a bank account held by another Saraceni private company, Westgem Investments, in January last year, days before receivers from Korda Mentha were appointed to the $500 million Raine Square development.

The receivers alleged that Mr Saraceni initiated the transfer in the knowledge that he was not authorised to do so.

Justice Michael Corboy ruled earlier this week that a prima facie case had been established that Saracen Project Management had no right to retain the funds.

Korda Mentha partner Mark Mentha said he was considering further legislation to recoup other funds transferred out of Westgem relating to GST totalling more than $3 million.

Today’s decision follows the judgement last week by Justice Corboy that receivers and managers had been appointed validly to the Raine Square project.

Mr Saraceni is preparing a damages claim against the project’s financiers, which he expects to be worth hundreds of millions of dollars.

That damages claim will be lodged before the middle of October.