Santos has called on the state government to provide more certainty on its domestic gas reservation and offsets policies, to encourage new investment in ‘domgas’ supplies. 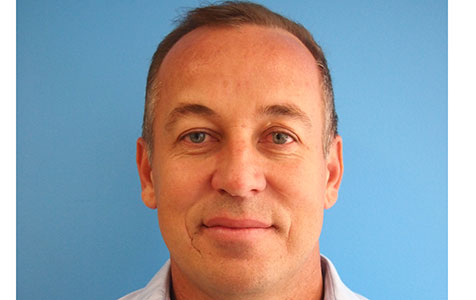 Santos has called on the state government to provide more certainty on its domestic gas reservation and offsets policies, to encourage new investment in ‘domgas’ supplies.

The general manager of Santos’s Western Australian business, Brett Woods, said his company wanted to invest further in the domestic gas market but couldn’t get a ‘clear line of sight’ on what that market looked like.

Speaking at a CEDA conference today, he said Santos needed clarity on how much gas big LNG projects like the North West Shelf venture, Pluto, Wheatstone and Browse would supply into the domestic market.

The reservation policy requires 15 per cent of gas in new LNG projects to be supplied to the domestic market, but that is subject to a commerciality test that has never been tested.

Mr Woods said Santos was ready to help LNG producers meet their obligations by developing smaller gas fields, but first needed more certainty on how the offsets policy would be applied in practice.

“We are a smaller, more nimble company than many in LNG and therefore better positioned to develop smaller gas fields ideally suited for the domestic market, fields not viable for LNG, gas at risk of sitting, forever, undeveloped.

“What we are seeing in the industry at the moment is no investment in ‘domestic gas scale’ exploration in the Carnarvon Basin due to this uncertainty, and that can’t be good for growth in WA.”

Mr Woods said much of the uncertainty stemmed from the domgas reservation policy, which Santos opposed.

“The policy does leave us in the bizarre situation where you have: downstream companies like Alcoa and reportedly Fortescue (Metals Group) forced to invest, or look to invest, in the upstream, an area where they have limited expertise; large LNG companies forced into a domestic gas market they don’t want to be in; and companies like Santos, which want more of the domestic market, struggling to justify the investment,” he said.

Santos is the third largest supplier of domgas, after the North West Shelf venture and Apache Energy, but is wary of making new investments in domgas supplies.

“We don’t want to run the risk of making an investment in domestic gas development only to have, a short time later, an LNG producer’s domestic gas reservation obligation crystallise that undermines our investment case,” Mr Woods said.

One of the biggest uncertainties in the market is whether the NW Shelf venture, operated by Woodside Petroleum, will continue to supply the domestic market after current contracts expire around 2020.

Energy Minister Mike Nahan has expressed concern about this, but to date Woodside has not explained its plans.

Chevron’s Gorgon and Wheatstone LNG projects both include domgas plants, which are expected to add to domestic supply after construction is completed in 2015 and 2016 respectively.

Another factor adding to uncertainty in the market is Apache’s decision to sell its non-US projects.

Santos is a joint venture partner in several Apache projects, include the Devil Creek domgas plant, and is therefore considered a logical buyer.

Meanwhile, alumina producer Alcoa, one of the largest users of gas in the state, has committed to invest more than $150 million in domestic gas projects.

Transerv announced early this month that it planned to proceed with the next phase of drilling at its Warro gas field in the Perth Basin, after Alcoa approved extra spending.

Warro is one of the largest undeveloped onshore gas fields in Australia, with Transerv aiming to prove the commercial viability of a three trillion cubic feet gas field.

The planned drilling follows a long period of technical assessment, to address high water flows and other issues encountered in earlier drilling programs.

Alcoa can earn a 65 per cent stake in Warro by spending up to $100 million.