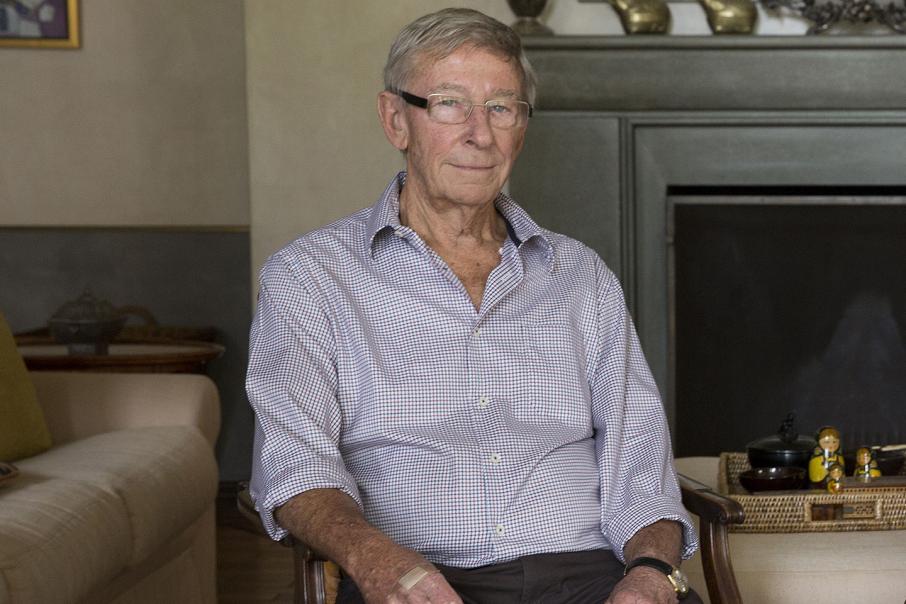 Forestry veteran Bob Bunning was one of the founders of sandalwood producer Santanol. Photo: Attila Csaszar

At stake is control of an established sandalwood producer with 2,100 hectares of plantations, mostly near Kununurra in northern WA.

This dispute has many unusual aspects, not least of which is that insolvency firm McGrathNicol is hoping to sell an equity interest in Santanol Group, although it can’t say how much.

That reflects a dispute between the private investors who established Santanol in 2004, and KKR, which became a majority shareholder in 2013.

KKR is not just a shareholder; it’s also the secured creditor that appointed receivers to two companies owned by the private investors.

And it only became a secured creditor after a rapid-fire series of transactions that led a KKR director to resign as a director of four Santanol Group companies and set up a new entity, Wilson Finco, which bought a three year-old debt from Macquarie Bank.

All of this happened in the space of three months, and could result in KKR acquiring 100 per cent of the business.

That won’t be lightly accepted by the private investors in Santanol Group, who are led by Messrs Bunning and Jack along with Bruce and Charmaine Mattinson – the same group that played a major role in blue gum grower Integrated Tree Cropping in the 1990s.

The Santanol dispute is being played out in parallel with the fight for survival by Quintis, the only other big Indian sandalwood producer in Australia.

ASX-listed Quintis has been under siege since March when US short seller Glaucus Research Group claimed the company was like a Ponzi scheme.

Quintis owns or manages 12,000ha of plantations and it seems increasingly likely the company will change hands, either through a buyout led by former managing director Frank Wilson, or a debt-for-equity swap with its lenders.

The current Santanol problems are a big change from 2014, when Business News interviewed Mr Bunning for a profile of the famous WA business family.

Mr Bunning said the private investors owned one third of the business, which appeared to be travelling nicely at the time.

The entry of KKR had enabled the business to purchase 1,750ha of sandalwood plantations managed by Elders.

That added to 370ha Santanol had already acquired or established.

Recent Australian Securities and Investments Commission filings show the private investors now hold just 4.8 per cent of the business, but that is in dispute.

There is a tangled web behind the proposed sale of their minority equity interest, whatever percentage it is.

For starters, there isn’t actually a company Santanol Group.

The majority shareholder in these entities is KKR, via Wilson Holdco and Dupree Land Holdings respectively.

The controlling company behind these entities is Berg View Pty Ltd, which has 21 private shareholders.

Meanwhile, McGrathNicol is now seeking buyers for their interest in Santanol Group, with expressions of interest due today.

One of the mysteries in this matter is the role played by Wilson Finco, and how it became a secured creditor so quickly after it was established.

The Personal Property Securities Register appears to provide an answer.

It shows Macquarie Bank was the ‘secured party’ (i.e. the secured lender to various Santanol Group entities) from April 2014 to June 9 2017.

Five weeks after doing so, on July 18, it appointed McGrathNicol partners Matthew Caddy and Jason Preston as receivers to Santanol Pty Ltd and Berg View III.

Wilson Finco (and previously Macquarie Bank) held security over Alpha Santanol, Beta Santanol and the four shareholding entities, but only two entities (owned by private investors) were placed in receivership.

Wilson Finco also holds security over the assets of Dupree Land Holdings and Wilson Holdco, which are controlled by KKR.

Why didn’t it exercise its security over their assets as well?

One person who should be able to shed light on this, but isn’t returning calls, is KKR director Niraj Javeri.

He was a director of Alpha Santanol, Beta Santanol, and Dupree Land Holdings until April 26 2017.

Asic filings show that, two weeks later, on May 12 2017, Mr Javeri was appointed sole director of Wilson Finco, which was established on the same day.

And two months later, that company enforced security against the minority shareholders (Santanol Pty Ltd and Berg View III) but not Alpha Santanol, or Beta Santanol, or the KKR entities (Dupree Land Holdings and Wilson Holdco).

That has resulted in McGrathNicol putting the minority equity interests up for sale; i.e. Santanol Pty Ltd’s stake in Alpha Santanol and Berg View III’s stake in Beta Santaol.

It’s an unusual sale, as the flyer distributed by McGrathNicol states it cannot tell interested parties what percentage is up for sale – just that it’s somewhere between a few per cent and about 30 per cent.

That factor, along with the broader circumstances of the sale, is hardly enticing for a third-party investor.

It leaves the possibility that KKR will be the buyer, giving the private equity giant 100 per cent control of the group.