40under40: As the creator of two medical devices, Peter Santa Maria is determined to help Perth scientists and doctors commercialise their research and inventions. 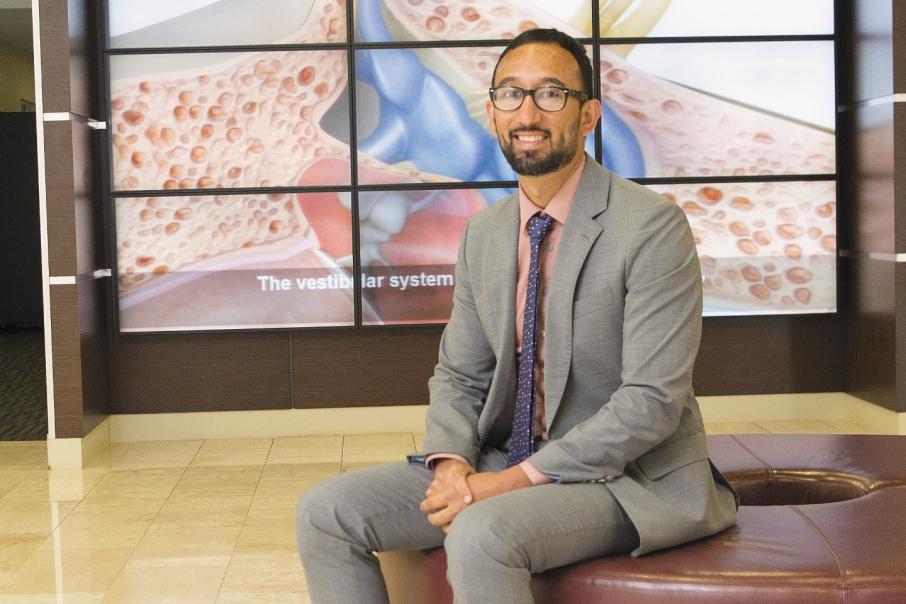 40under40: As the creator of two medical devices, Peter Santa Maria is determined to help Perth scientists and doctors commercialise their research and inventions.

Peter Santa Maria left Perth in 2012 to undertake a medical fellowship at Stanford University determined to utilise his tenure to enhance his surgical training knowledge and skills.

He did that, and more, upon his return to Western Australia from the elite Californian research and teaching institution three years later.

Dr Santa Maria’s other ‘learnings’ during his time in the US included gaining an insight into business strategies and a knack for startups, seeing first-hand how to commercialise medical discoveries.

This led to the invention of two award-winning medical devices, which Dr Santa Maria has since patented and are due to launch on the market this year. One is a treatment for chronic eardrum perforations that does not require surgery and is currently being commercialised in Japan, while the second is a device that keeps patients warm during surgery.

Dr Santa Maria said a third invention under development was for the prevention of bleeding after tonsil surgery.

“There’s no point discovering something if we’re not actually doing something with our discovery,” Dr Santa Maria told Business News.

“Before I went to Stanford I was just a clinical scientist and I enjoyed getting into the lab. I had no idea about entrepreneurship, commercialisation, or any of that.

“I knew all the background in terms of the science but before I was exposed to that world I would not have known how to translate it into a treatment.

“Now it’s very clear in my head the pathway that you have to take to get to a clinical commercial reality; it switched my mind on to that sort of thinking and now it’s how I see science in general.”

Inspired by Stanford and its Silicon Valley location, which is home to the world’s largest high-tech companies, Dr Santa Maria wanted to take what he had learned and infuse Perth’s medical experts with the same mentality.

“I saw that there was probably just as much if not more talent here in Perth, there’s just very little know-how,” he said.

“People don’t realise, but the expertise is already 90 per cent in Perth – they’re just not coordinated.

“A lot of people were asking if it could be done in Perth. I knew it could and I wanted to show them …  I’m motivated by people telling me no.”

He currently splits his time between being the director of the NFP and his position as a surgeon scientist at the University of Western Australia, as well as an ear, nose and throat surgeon at the Ear Science Institute Australia and Sir Charles Gairdner Hospital.

Dr Santa Maria hopes the program can put Perth on the global map for innovation and make WA an international leader in research collaboration.