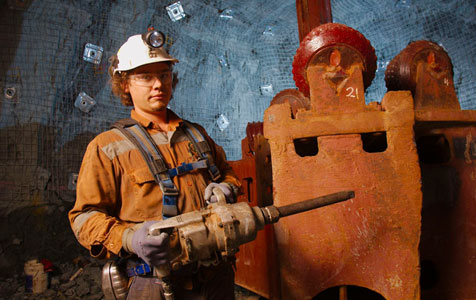 Sandfire Resources has reported its first full-year net profit, flagging another strong year of growth as the ramp-up of operations at its DeGrussa copper mine in the Kimberley continues.

The Perth-based miner today announced revenue of $507.3 million produced a net profit of $88 million for the 12 months to June 30, up from a $23 million loss in the prior corresponding period.

Sandfire said it produced 62,154 tonnes of contained copper and 41,725 ounces of gold over the financial year.

Managing director Karl Simich said the company had made a number of important achievements over FY2013, including transitioning from open pit to underground operations at DeGrussa, as well as the ramp up of the mine’s processing facilities.

“This is a very pleasing result, with the DeGrussa operation generating earnings before net finance, taxation, depreciation and amortisation of over $317 million,” Mr Simich said in a statement.

“That is a tremendous result in anyone’s language given this was a ramp-up year where we completed a highly profitable open pit DSO program, plant construction and ramp-up, with a substantial investment in underground mine development.

“With record production in July and final blending of open pit ore approaching, we are looking forward to a very strong year ahead for DeGrussa and Sandfire.”