Salvos get corporate board

The Salvation Army’s Western Australian division has recreated a strategic advisory board, about 20 years after the previous one was dismantled, with the new board including several well-known Perth business figures. 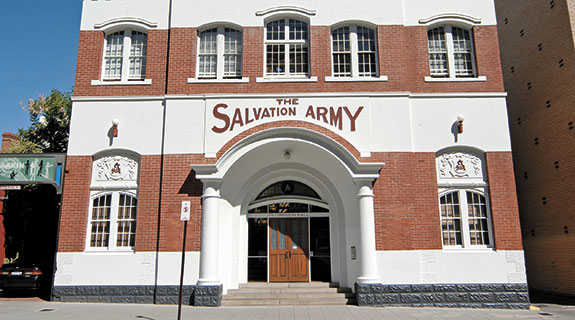 The Salvation Army’s Western Australian division has recreated a strategic advisory board, about 20 years after the previous one was dismantled, with the new board including several well-known Perth business figures.

Representing the Salvation Army on the board will be WA divisional commander Wayne Pittaway, Warren Palmer, Gordon Jones and Andrew Craib.

“The Salvation Army in Western Australia is presented with significant challenges not only for today but as we cast a view into the next five years, these challenges will only grow,” he said.

“To drive strategic change and develop new ideas that will create capacity for The Salvation Army in the future, we need the best minds of business leaders who can assist with this process through advice and access to networks.

“This is an exciting development that can help position The Salvation Army to be able to respond to future demands and ensure we remain a strong part of the fabric of our community for many years to come.”

The Salvation Army WA said in a statement the board would assist in achieving the strategic objectives of the organisation over the next five to 10 years.

The Salvation Army WA spokesperson Warren Palmer said the organisation was facing mounting challenges and pressures in its support for the community and its needs.

He said to meet these demands, the organisation would have to change the way in which it operated to increase its capacity, with the guidance from the board.

The Salvation Army in Australia is split into two territories, southern and eastern, with both territories having an advisory board of its own.

Each state division also has an advisory board, with WAnow rejoining other states with their own.

Ms Schlink is also a board member of the southern territorial advisory board, which encompasses WA, Victoria, South Australia, Northern Territory and Tasmania.

The eastern territorial board comprises Queensland and New South Wales.