Sales have slumped in Perth’s residential market, but the median home value has held firm, according to the latest analysis from the Real Estate Institute of WA. 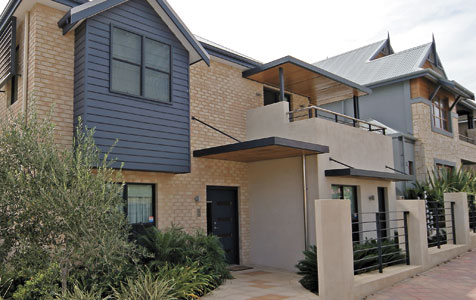 Sales have slumped in Perth’s residential market, but the median home value has held firm, according to the latest analysis from the Real Estate Institute of WA.

REIWA said the metropolitan median house price for August was $540,000, but sales turnover was down 25 per cent during the past three months, compared with the previous quarter.

REIWA president David Airey said the sales downturn was due to a seasonal dip in sales due to winter weather.

Mr Airey said there were 1,734 homes sold in August, down 6 per cent on July.

“The number of properties on the market is up by 1 per cent for the month of August, now sitting at 10,049 listings,” Mr Airey said.

Perth’s rental market was also steady, with no change in the median rent of $450 per week, in the face of a 4.2 per cent vacancy rate.

REIWA’s data showed the number of residential listings was up 47 per cent on the same time last year, with 5,903 homes available to rent.

“While these listings came down a little for the month of August, they had increased through June and July by around 10 per cent,” Mr Airey said.

“Many of these new rentals were through Joondalup, Wanneroo, Armadale and Cockburn.”