Planning Minister Rita Saffioti’s decision to allow for higher density around Daglish and Shenton Park train stations has been described by the state opposition as chaotic and erratic, but the minister says any new development will be at an appropriate scale and respect the local character and context. 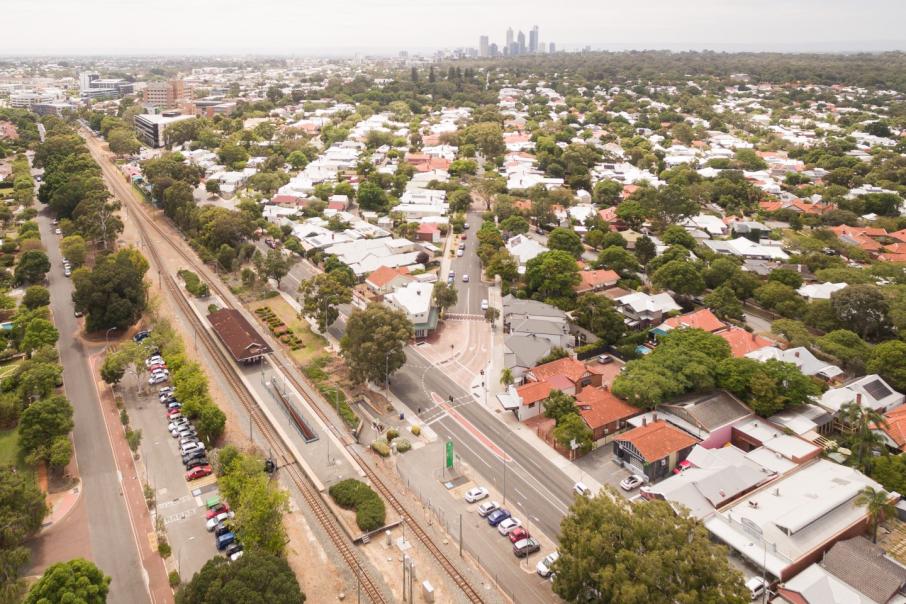 The area around Daglish train station has been identified as an opportunity for urban regeneration. Photo: Gabriel Oliveira

Planning Minister Rita Saffioti’s decision to allow for higher density around Daglish and Shenton Park train stations has been described by the state opposition as chaotic and erratic, but the minister says any new development will be at an appropriate scale and respect the local character and context.

The edict calling for an increase in density at Daglish and Shenton Park came as part of changes to Subiaco’s local planning guidelines, a process that has involved lengthy dialogue between the City of Subiaco and the Western Australian Planning Commission.

In the first iteration of Local Planning Scheme No 5, the City of Subiaco put together a scheme that would increase infill targets in the area to 5,000 new dwellings, to which the WAPC responded by calling for the application of blanket density rules and an increase of those infill dwellings to more than 8,000.

Ms Saffioti endorsed that plan, which was designed to retain the character of Subiaco’s heritage areas, in December, with a key alteration allowing for density increases over 275 lots in Daglish and Shenton Park.

While the WAPC’s scheme initially proposed density increases over more than 1,700 lots, opposition planning spokesman Mike Nahan nonetheless said the areas around Daglish and Shenton Park stations were not suitable for higher intensity of development.

“The problem is that when Subiaco train station was redeveloped it had a redevelopment authority with a very large budget, so it had the money to assist people adjust to that change in densification.

“This is nothing like that, it’s not done by the redevelopment authority.”

Dr Nahan said the local community was particularly concerned about the increase of R-Codes, which set a standard of how many dwellings could be developed on a particular plot, to R60 and R80 around the two stations.

“R-Codes determine the structures, design is an overlay on that, and you can’t have good design if you are going to have great big six-storey buildings adjacent to very small houses that are often heritage listed and can’t be altered,” he said.

“The City of Subiaco first met a 5,500 target, then upgraded to more than 8,000, which is a very substantial upgrade and they don’t have design principles in place yet.

“This is not how you do infill, this is just chaos.”

Ms Saffioti said the rationale behind allowing for higher density in Daglish and Shenton Park was simple: the areas are well located and are supported by public transport connections.

The state government’s vision for Daglish and Shenton Park, Ms Saffioti said, was for any new developments to be guided by Design WA principles, which are yet to be implemented by the City of Subiaco.

“A lot of arguments have focused on height, rather than design. For example, there have been a lot of misleading claims about ‘high-rise’ and ‘tower blocks’, when the zoning of R60 to R80 generally allows for three to four storeys

“In reality, the design of future developments will need to take into account Design WA and local planning policies.

“This will ensure a new building complements the surrounding neighbourhood, retains trees, keeps privacy and has adequate setbacks.

“New developments will be an appropriate scale to respect the local character and context.”

Ms Saffioti said the changes to the Subiaco planning scheme, which were made after a comprehensive community consultation campaign, had been designed to encourage more housing choice around public transport corridors, urban infrastructure and open space.

“Daglish and Shenton Park train stations are currently relatively low patronage stations, and increasing the population within a walkable catchment will make them more accessible,” she said.