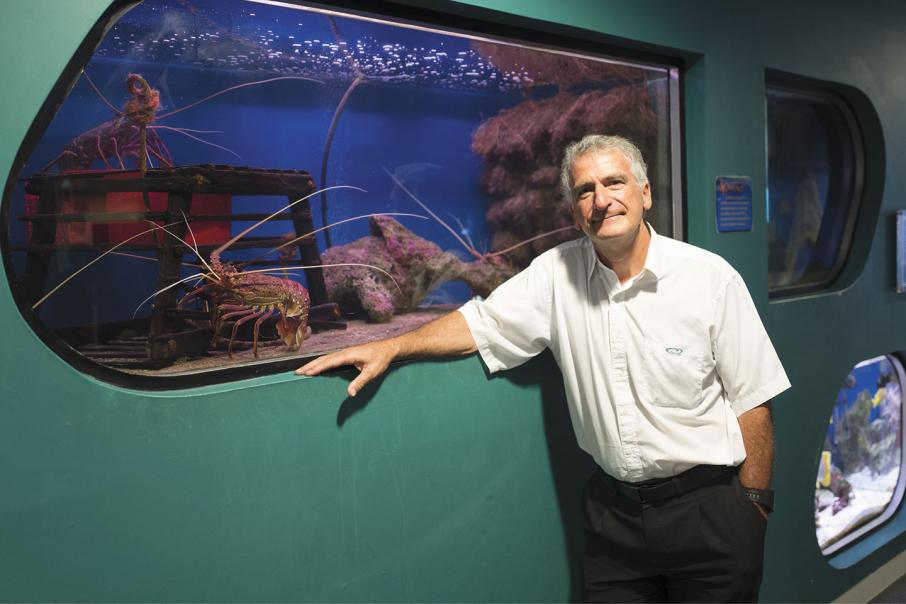 Nick Caputi says the state’s rock lobster fishery has been a world leader in many ways, including in its management and research practices. Photo: Attila Csaszar

The reduction of tariffs on a range of agriculture, forestry and fisheries exports under the 2015 China-Australia free trade agreement could open doors for many Western Australian producers to increase their output to China, providing valuable export income for the state.

However, that opportunity for trade growth needs to be carefully managed in sectors such as the state’s $400 million rock lobster fishery to guard against overfishing.

In this regard the rock lobster industry in WA has developed a good reputation, with the west coast rock lobster fishery having been the first in the world to be certified by the international Marine Stewardship Council (MSC) for global best practice management more than 15 years ago.

Contributing to this are the 140 researchers based out of the Department of Fisheries Hillary’s facility, including invertebrates branch supervising scientist Nick Caputi, who have implemented numerous safeguards to support the rock lobster fishery’s sustainability.

“The lobster fishery has been very innovative in terms of its management and research; it’s been a world leader in many ways,” Dr Caputi told Business News.

“Initially we were just focused on the sustainability of the stocks, but now we’re taking into account the economics of that fishery.”

By January 1 2019, the 15 per cent tariff on all Australian rock lobster exports to China will be eliminated under the FTA.

With the WA fishery having transitioned from a ‘catch as much as you can’ to a quota-managed system in 2010, Dr Caputi said fishermen were now trying to maximise profits, rather than catch.

“They don’t want to oversupply the China market. They fish more conservatively,” he said.

“It is a win-win situation where the fishermen make a higher profit.

“And the research we do matters in terms of the ways we manage our fisheries.”

Dr Caputi said fundamental to the management of the rock lobster fishery was the analysis of the abundance of baby juveniles – pueruli – that settled along the coast on onshore reefs.

Transparent and the size of a thumbnail, pueruli are monitored via the use of specially developed collection devices that enable researchers to collect, count and compare the abundance on a monthly basis in nine locations across WA, including the Abrolhos Islands and off the coast of Dongara.

“We have five collectors at each of the locations in the water and after a couple of months they start to look like artificial seaweed, it mirrors the habitat that these pueruli like to settle on,” Dr Caputi said.

“We’ve been monitoring the abundance for over 40 years and it has provided a good indicator of what the legal catch is going to be three to four years later.”

The collectors were originally developed in WA in the late 1960s and are now used worldwide.

Dr Caputi said this method had remained relatively the same since it was introduced in order to keep the measurement standard, so fair abundance comparisons could be made year on year.

However, technological innovations meant the information gleaned from the collectors could now be interpreted in a more sophisticated way.

“The new technology associated with the way we use the pueruli collection is in the stock assessment model, where effectively we’ve got the whole live history of the lobster within it,” Dr Caputi said.

“This model tries to mimic what is happening out in the open ocean, such as a lobster’s behaviour in terms spawning and migration.

“This gives us the ability to say ‘if you have a quota of 6,000 tonnes for the next three years, this is the impact on catch rates and on breeding stock’.

“And this makes us unique compared to other fisheries around the world; we’re proactive in our management settings compared to reacting to a low abundance after it has been fished by industry.”

In addition to the ongoing stock assessment research, Dr Caputi said the facility would take on several specialist projects that could last up to three years.

“Part of the MSC certification is to understand the habitat – monitoring the habitat and whether your fishing is affecting it,” he said.

“We’ve asked around 30 fishermen to put small cameras on their (commercial) pots throughout the fishery so when they drop the pot the camera activates and you get a picture of the habitat.”

A major tagging program is also currently under way to understand lobster migration and the factors affecting it to obtain more information on the species’ growth and survival.

Satellite tagging has also been considered for use in locating entangled whales and monitoring whale migration routes, as there had been an increasing number of whales entangled in rock lobster gear due to the fishery operating year-round, instead of ending in June.

“You need to be proactive to ensure you’re not damaging protective species,” Dr Caputi said.

“Going back at least 15 years the focus was on stocks; now we take a more holistic view of fishing.

“We’re not only focused on target species but the impact of fishing on protective species and the like.”