The small business sector has had some significant wins of late. Our 4-page special report analyses the issues facing small business, profiles two franchise groups expanding in WA and looks at unique incentive programs for staff. 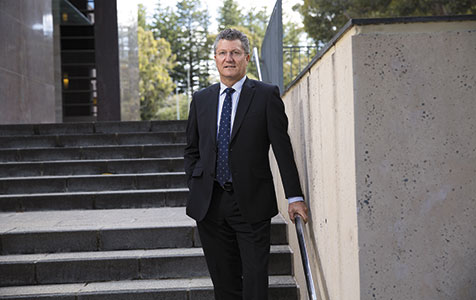 He faced a delicate balancing act – dealing with the concerns of small business operators critical of the regulatory burden imposed on them, while also being sympathetic to the government’s position that legislative change doesn’t happen overnight.

Nearly three years on it appears the small business sector is getting a fair hearing – aided by the resources sector coming off its peak – and things may be looking up.

For example, the sector had a win in the latest state budget, albeit small, with the government agreeing to increase the payroll tax threshold from $750,000 to $800,000 with plans to increase it again next year to $850,000.

Chamber of Commerce and Industry WA chief executive Deidre Willmott told Business News that concession was proof the government was realising the importance of the small business sector.

“When government takes it on as policy it shows that your advocacy has been heard,” Ms Willmott said.

Mr Eaton said the very creation of his role as small business commissioner was, in itself, proof that the government realised the need to give the sector more attention.

Part of the change Mr Eaton has been working on is perception of an often-hostile regulatory environment.

“One of the consistent complaints that you hear from small businesses is not only about the amount of compliance burden, but the attitude of an agency that’s imposing the compliance,” Mr Eaton told Business News.

“I feel sometimes like they’re the ‘parking inspector’ culture that is getting compliance by issuing fines.”

Ms Willmott agreed that small businesses felt government agencies were waiting for them to put a foot wrong.

“They feel that the attitude of the regulators is that they’ve done something wrong and they find that very stressful,” she said.

Instead of a pat on the back, Mr MacRae said he received a hefty fine for overlooking stamp duty on a business acquisition. 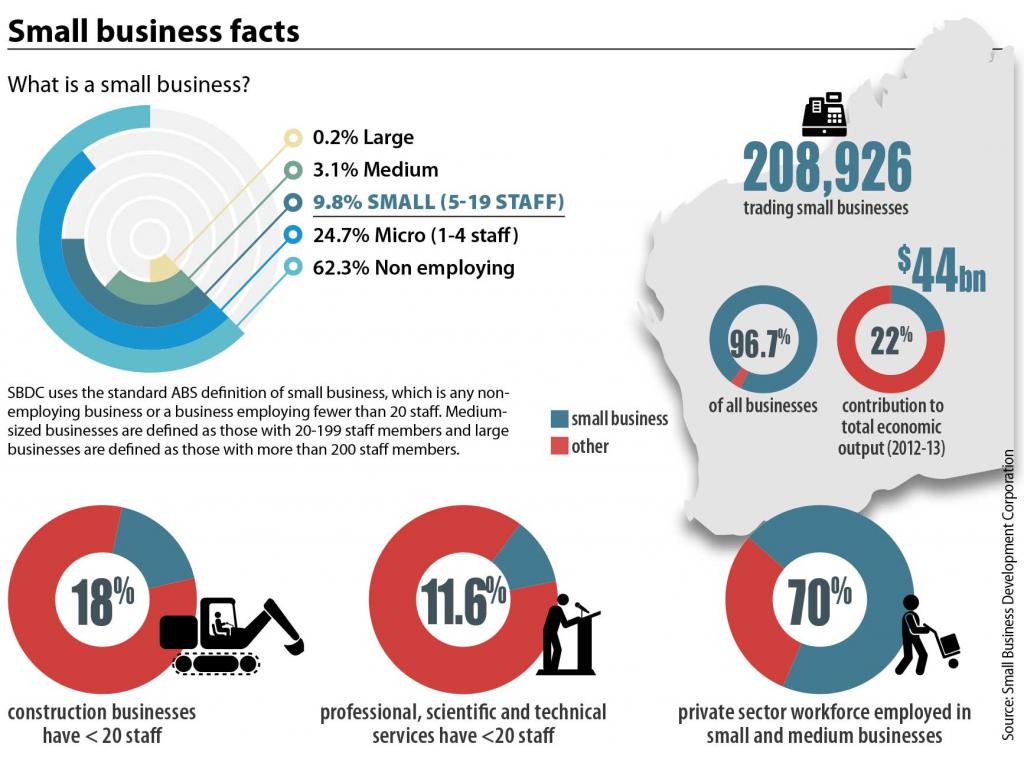 Mr MacRae said it was an example of small business operators struggling to keep across compliance, which was made worse by a lack of understanding from regulators.

“There’s compliance left, right and centre and all these people are trying to do is grow a business, employ three, four or five people and make a living,” Mr MacRae said.

Osborne Park-based manufacturer Vekta Automation is another example of what can happen when small business owners struggle to keep tabs on compliance. Three years ago, Vekta became subject to payroll tax but didn’t realise until it was notified of a payroll tax audit.

Operations manager Shelena Serrano said the business then had to pay two years’ worth of payroll tax plus interest.

“We just accepted that it was our mistake and paid it,” Mrs Serrano told Business News.

“We were in a position at the time where we could do that, but I think if it had been a few years earlier it would have been a bit more of a struggle.”

“Typically we see small business people not understanding the liability risks that they expose themselves to,” he said.

“It’s incumbent upon the small business person starting up that they really make sure they’ve done their homework to reduce the chances of failure and increase the chance of success.”

Mr Eaton said the relationship was improving, with government agencies beginning to be more understanding of the struggles small business owners faced.

“We’re seeing the beginnings of a shift in state and federal government where more of the agencies are seeing that their role is to help the small businesses comply through education rather than through penalties,” he said.

Until that understanding becomes widespread, small business owners are largely left to work things out for themselves, with assistance from groups such as CCIWA and the Small Business Development Corporation.

It’s a situation WA Cleanskin Cellars director Marie Cloughley said often made her question the decision to launch the business.

“I look back to when we started just over 10 years ago … I probably wouldn’t have done it,” she said.

“Even now sometimes I wonder if it’s all worth it because it is so difficult and it does feel like you’re just working for the ATO.”

Safeguard Innovations founder Dieter Wesche said he had received great support to export his cleaning product internationally, but domestic expansion was another story.

“There’s no help whatsoever so we’re relying on ourselves and people we know,” Mr Wesche said.

A major gripe of the small business sector, along with payroll tax, is penalty rates – specifically for retail and hospitality businesses.

For WA Cleanskin Cellars, the requirement to pay staff extra on the weekends has resulted in the decision to close its Claremont store on Sundays and Mondays, with other stores likely to follow suit.

“We try not to do it because we want to provide a service to our customers that is second to none, but sometimes you just can’t do it,” Ms Cloughley said.

For hospitality staff the pay rate for working a public holiday is 150 per cent more than minimum wage for a full-time employee and 175 per cent more for casuals.

That’s forced many bars and restaurants, including The Precinct in Victoria Park run by Sarita Leal, to close on public holidays.

“Putting a 10-15 per cent surcharge on the menus helps us only just cover those overheads and wage cost on the day, so there is little profit to be made from opening.”

The penalty rate debate has been waged for years, to little effect.

“Big business has the fire power to offer someone a very highly paid role who is politically savvy and therefore know whose door to knock on,” Mr Carre said.

“You’d have to work some mechanism to get all of WA’s small businesses to fund a campaign to employ someone of the same calibre to be able to go and mount an alternate case.”

Mr Eaton agreed, but noted the environment was changing with government listening to small business issues that were being voiced in a more coherent way.

“It’s quite pleasing that we now have state and federal governments talking about the burden of regulation and first of all recognising it as a burden, and secondly starting to talk about what they can do to reduce that burden,” he said.