Australia’s Export Finance and Insurance Corporation has found that exporters are growing in confidence, with 95 per cent of small and medium enterprise exporters predicting their overseas sales to either remain the same or grow in the next 12 months. 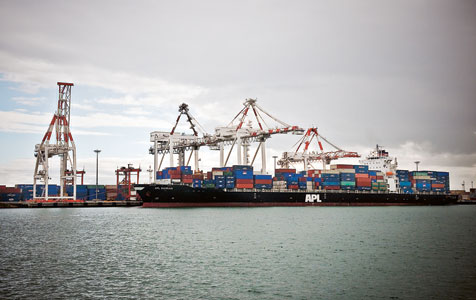 Australia’s Export Finance and Insurance Corporation has found that exporters are growing in confidence, with 95 per cent of small and medium enterprise exporters predicting their overseas sales to either remain the same or grow in the next 12 months.

Efic’s survey conducted with 856 exporting SMEs found that the proportion that expect their overseas sales to grow in the 12 months has increased by about 10 per cent since February.

“This growing optimism is driven by an unexpected fall in the value of the Australian dollar, which makes Australian exports more competitive,” Efic said in a statement.

“Just over a third of respondents named this as the key reason for their positive expectations for the year ahead.”

Other reasons cited for an anticipated export sales growth included better business conditions and improved demand in existing markets, introduction of new products and services and an improved sales strategy.

31 per cent of SMEs said they expect the profitability of their international operations to increase in the next year, which is up by 6 per cent from the last quarter.

Efic found that export revenue is making up a larger proportion of SME annual turnovers, which has risen by 1.3 per cent.

However Efic found that accessing finance to support overseas growth remained a challenge for many SMEs, with more than 25 per cent expecting access to finance to become more difficult in the next 12 months.

“While it’s clear that access to finance continues to be a challenge for many SMEs, there are a number of government and industry bodies, including Efic and Austrade, on hand to help those SMEs wanting to take advantage of export growth opportunities,” Efic executive director Andrew Watson said.

“It’s extremely encouraging that so many SMEs are feeling confident about the export environment over the next 12 months, and that they are responding to this with an upturn in anticipated sales and profitability.”