The West Coast Eagles have scored two significant wins in less than 24 hours, with the team extending its sponsorship agreement with insurer SGIO after defeating Geelong at Domain Stadium last night. 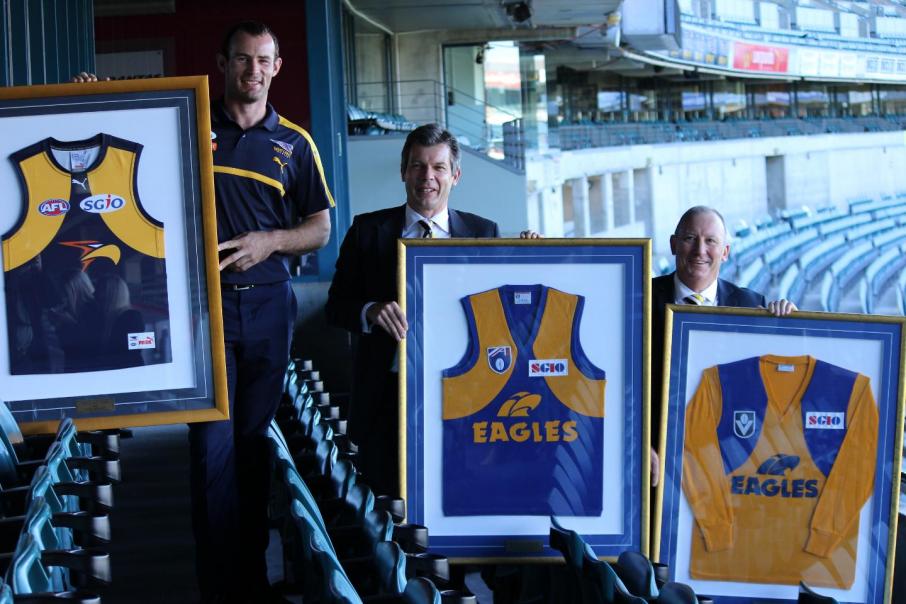 The West Coast Eagles have scored two significant wins in less than 24 hours, with the team extending its sponsorship agreement with insurer SGIO after defeating Geelong at Domain Stadium last night.

The renewed agreement will extend SGIO and West Coast's partnership to 34 years, at a time when the club is embarking on a new era with the development of community, training and administration facilities at Lathlain Park, and preparing to shift its home games to Perth Stadium next year,

SGIO has been a sponsor of West Coast since the team’s inaugural season in 1987 and chief executive Stuart Blake said over the past 30 years the insurer had developed a close affinity with West Coast members and supporters, with the two brands inexorably linked.

“The Eagles are an iconic part of the Western Australian sporting landscape and SGIO is proud to continue supporting the team,” Mr Blake said.

“We’ve been with the Eagles since day one. The sponsorship renewal demonstrates our commitment not only to the football club, but also to the people of Western Australia, who we know love their footy.

“The three-year sponsorship extension is testament to the relationship that we have with the Eagles and the great benefits this association brings to our brand.”

“To have travelled this journey since our inception speaks for itself, in terms of the great respect and working relationship that has been created over that time,” Mr Nisbett said.

“All of our surveys and measurements show an extremely high recall of SGIO as a partner.

“We’re delighted the sponsorship extension will take the relationship to 34 years, and hopefully, beyond.”

Through the ‘Surprisingly Good Goal’ campaign, where SGIO donates money for every goal West Coast scores, as well as every goal kicked by a fan at half-time, over $200,000 has been raised to fund community initiatives in WA such as AIME Mentoring, the Australian Red Cross, Lifeline WA and Reconciliation WA.