The State Development Assessment Unit has recommended the Western Australian Planning Commission approves a proposal for a four-storey residential aged care facility when it meets later this week. 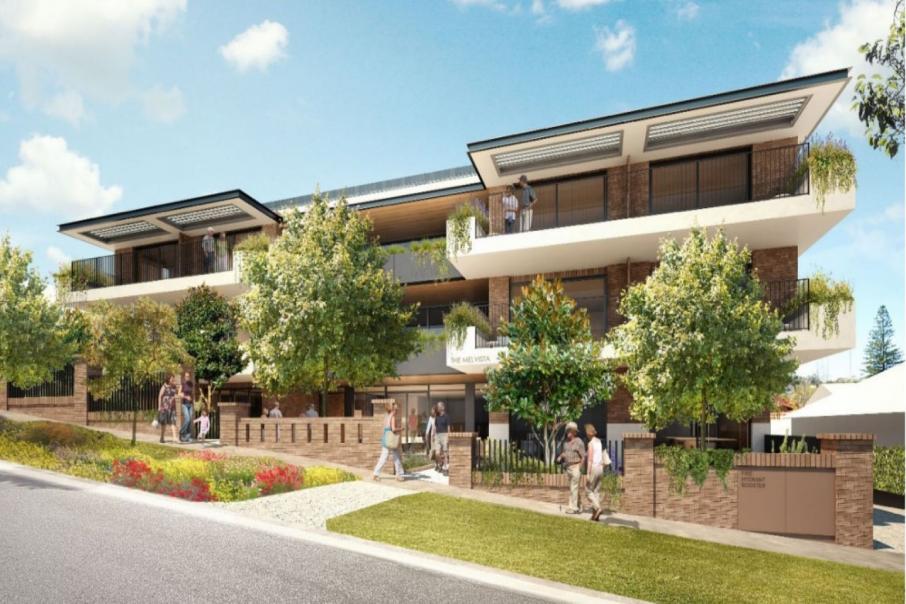 The WAPC will meet to discuss the project on Thursday. Image: Hassell

The State Development Assessment Unit has recommended the Western Australian Planning Commission approves a proposal for a four-storey residential aged care facility when it meets later this week.

Oryx Communities submitted revised plans to the SDAU in November, after its initial proposal was blocked by the City of Nedlands in August last year.

The $30 million project has been met with opposition from the local council and a group of residents, who have claimed the local community were not aware of the scale of the project.

In 2016, Oryx had originally submitted a proposal for a two-storey facility.

Oryx previously told Business News it had chosen the SDAU pathway after the City of Nedlands council had voted retrospectively to amend its existing Local Planning Policy, which included several new planning controls governing the site, including height limitations to two storeys.

The existing local planning scheme is zoned for residential with no allocated density coding.

That move by council followed a residents’ petition to stop the development, which is planned across four lots between 73-75 Doonan Road and 16-18 Betty Street in Nedlands.

In unveiling its revised plans last year, Oryx director James Turnbull said the company had made a series of amendments to the design in response to advice by the State Design Review Panel.

Among the changes included reducing the number of aged care suites to 80, which Oryx said had enabled the company to then additionally increase the size of each individual suite.

In response to concerns over bulk and scale, the facility remains at four storeys, however, Oryx said it had included a deep planted setback that would reduce the length and bulk of the building’s façade, as well as the potential overlooking of neighbouring yards.

Installing an additional 1.6 metre privacy screen to the northern side of the proposal’s level three balconies is among several conditions the SDAU has listed in its recommendation for approval.

However, those opposing the project do not think these measures are enough to mitigate the impact of the building's scale on the existing streetscape.

The project was open for public consultation late last year and received 679 public submissions, of which 67 were in support, 19 indicated support with changes and 593 objected to the development.

The City of Nedlands provided similar reasons for not supporting the project and in its submission states that the proposed land uses are prohibited.

Oryx said the project would create approximately 600 jobs during construction and was expected to accommodate 100 full-time jobs.

The WAPC will meet to make its decision on Thursday afternoon.

The SDAU was formed last year to streamline development approvals for those projects considered significant as a means to stimulate economic activity via the construction sector.

Under the SDAU process, the WAPC is granted temporary decision-making powers to determine development applications with a project cost of more than $20 million in metropolitan Perth and more than $5 million in regional areas.