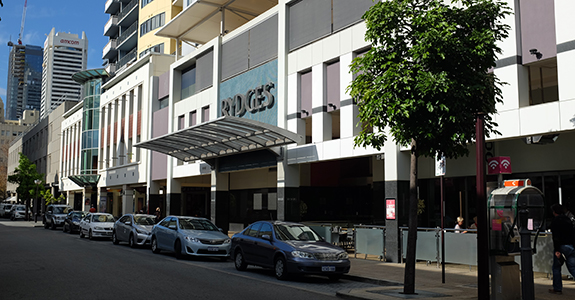 Perth's Rydges hotel will soon be rebranded as an InterContinental.

CBD hotel owners are mobilising plans to ensure their properties remain competitive with the flood of new builds coming to market, with nearly $50 million in redevelopment applications across three hotels lodged with the City of Perth late last month.

The largest of the redevelopments is at the Rydges Perth on Hay Street, which is in the process of being rebranded as part of the InterContinental Hotels Group (IHG).

Rydges owners UNIR Hotels Pty Ltd reached agreement with IHG in December to convert the existing hotel into a 240-room property under the InterContinental banner.

A development application, which puts the construction cost of the redevelopment at $35 million, has been lodged with the City of Perth, and will be evaluated by a development assessment panel in coming weeks.

On the eastern end of Hay Street, a $7.5 million development application has been lodged at the Kings Perth Hotel, to refurbish the 117 rooms over the existing 10 hotel storeys in the building, and also convert levels one to three from offices to hotel rooms.

The Kings Perth Hotel is owned by commercial investments group Cascadale Holdings, which purchased the property in November 2010.

Also on the eastern side of the city, fresh plans have been submitted to redevelop the Carlton Hotel on Hay Street.

A revamp of the heritage-listed Carlton Hotel has been in the works for more than four years, with a $40 million plan approved by the City of Perth in February 2011.

That proposal involved restoration of the existing hotel and the construction of a 19-level new hotel, containing 59 rooms and 81 apartments.

The new development application is worth $5 million, suggesting a significantly scaled-down proposal.

Business News is chasing details on the new proposal, but the City of Perth had not responded to enquiries at time of publication.

The refurbishments add to massive activity in Perth’s hotels market, with 15 hotels either under construction or in advanced planning.

The list of new hotel builds is led by the 500-room Crown Towers, BGC Development’s 362-room Westin Perth, and of course the 204-room Ritz-Carlton hotel at Elizabeth Quay, which was recently approved for construction by the City of Perth.

Another new hotel under construction is a $30 million Sage Hotel at the old Julio’s Restaurant in West Perth.

The project, comprising a 14-storey, 95-room hotel, has been put forward by developer Australian Development Capital and is being built by Cooper & Oxley.

Other major hotels in the works include a Courtyard by Marriott on Wellington Street, a Hyatt Place hotel at North Fremantle and an AVANI hotel near Perth Arena.

Two new hotels were also recently opened in Northbridge, with The Nest on Newcastle welcoming its first guests in late April, and Alex Hotel opening its doors last month.

Construction on a third Northbridge Hotel, a DoubleTree by Hilton property, is expected to begin in coming months.

The Northbridge DoubleTree by Hilton is one of three proposed in the metropolitan area, by Malaysia-based developer SKS Group.

The group’s director Francis Foong said a piling contract was being finalised for the Northbridge hotel, with major construction works scheduled to begin in August or September, with the property likely to be completed by 2017.

At Fremantle, Mr Foong said the development site on the corner of Adelaide and Point streets had been cleared, with construction expected to begin towards the end of the year.

Another DoubleTree by Hilton is in the works at Elizabeth Quay.