Rugby WA has entered into voluntary administration as Rugby Australia pursues the state’s rugby body for legal costs relating to the removal of the Western Force from the Super Rugby competition earlier this year. 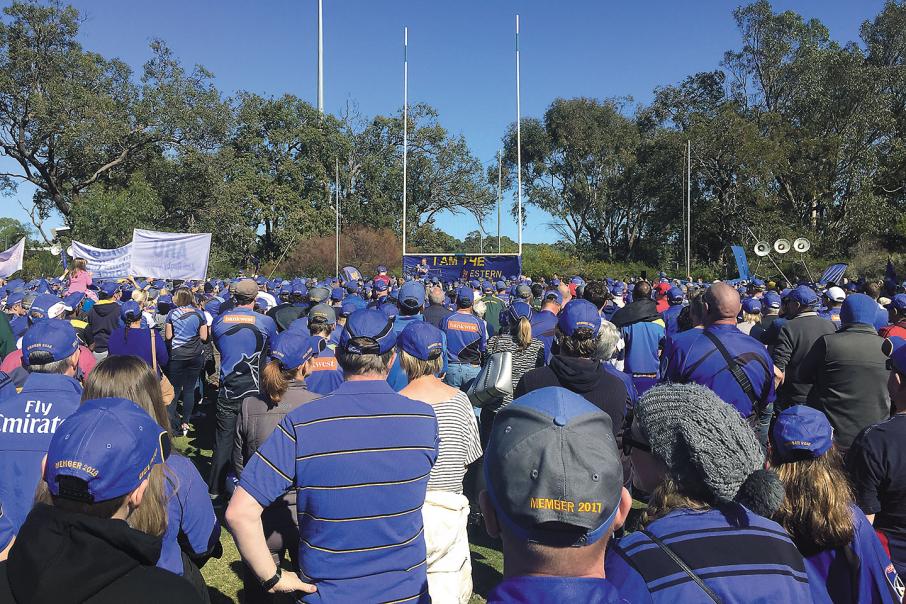 The Western Force was ousted from the Super Rugby competition earlier this year.

Rugby WA has entered into voluntary administration as Rugby Australia (formerly the Australian Rugby Union) pursues the state’s rugby body for legal costs relating to the removal of the Western Force from the Super Rugby competition earlier this year.

The Australian Rugby Union axed the Western Force from the competition in August, prompting RugbyWA to challenge the decision in the NSW Supreme Court.

The appeal was unsuccessful, with Judge David Hammerschlag ordering RugbyWA (RWA) to pay costs, estimated to be more than $1 million.

In a statement from the organisation’s board, RugbyWA outlined its challenging financial situation since being ousted from the Super Rugby competition.

“The move to voluntary administration was prompted by Rugby Australia’s decision to pursue RWA for legal costs following its successful action to remove the Western Force from the Super Rugby competition from the end of the 2017 season,” the board said.

“In addition to the claim by Rugby Australia, RWA has significant liabilities, including an outstanding balance of $1.14 million owed on a loan from the WA government that was incurred in 2009 to provide an upgrade to nib Stadium to enable Super Rugby games to be played at the venue.

“As the board of RWA has not been able to resolve the issue of costs with Rugby Australia, the board was left with no prudent alternative but to place the organisation into voluntary administration.”

KordaMentha has been appointed as the voluntary administrators.

The board indicated that attempts to settle the matter, with the assistance of Andrew Forrest, who has been a strong supporter of rugby in Western Australia, had been unsuccessful.

RWA said it was hopeful of entering into a deed of company agreement to allow the organisation to continue operations rather than wind up immediately.

“RWA is optimistic that a rescue plan for the organisation can be secured that would see creditors receive partial payment of what they are owed and community rugby continue in 2018,” RWA said.

“It is important to note that this action does not affect Rugby WA Juniors nor the WA Rugby Union Referee’s Association.

“Neither of these bodies are impacted by this situation and will continue to be important partners in the future of Rugby in WA.”

“This is a deeply disappointing, yet not surprising outcome considering the impossible position Rugby WA was put in following the Western Force’s removal from Super Rugby," he said

“A governing body suing one of its state sporting associations out of existence is an unbelievable situation.

“We have a situation where they are taking to the grassroots level of the sport – the volunteers, the people supporting the game.

"It makes you question even further where the sport is headed at a national leadership level."