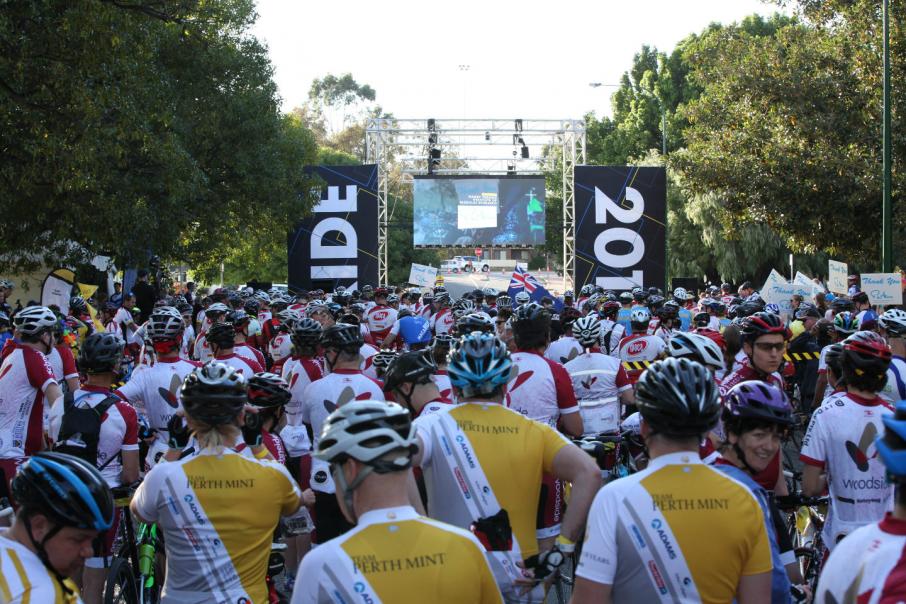 Fifteen per cent of income for the Harry Perkins Institute of Medical Research comes from the Maca Ride to Conquer Cancer.

Two very important cycling events occur each year in Western Australia, both aimed at the business community and each offering a very different opportunity for riders in terms of what is required and the reasons for entering.

The MACA Ride to Conquer Cancer supports work at the Harry Perkins Institute of Medical Research, while the Hawaiian Ride for Youth supports Youth Focus and its mission: the prevention of youth suicide.

Both are very worthy causes and the two events are held at a respectful distance from one another in terms of timing.

The four Ride for Youth groupings finished up their five-day long hauls in Kings Park on Saturday March 24, while the Ride to Conquer Cancer is really just starting to get into gear for its 200-kilometre, two-day ride to Mandurah and back on October 13 and 14.

Both are extremely important to the organisations that benefit from these events – representing between 15 per cent of income for Harry Perkins and a hefty 25 per cent for Youth Focus.

And both have tapped into the growth of cycling and its corporate linkages to generate events that involve a lot more than just shaking the tin. To consistently manage that, the riders and their supporters have to get a lot more out of it than just a feeling of doing something good for body, mind and soul.

But beyond the personal and corporate wellbeing they offer, I reckon there’s one more element. In a time when public trust in corporations and business in general is at risk of further erosion, it does no harm to remind the wider community of efforts that business and its leadership put into improving the lives of others – be they employees, customers or the wider community.

It is a message that just seems to get lost amid banking royal commissions, social media scandals and various other corporate misdemeanours.

Compare that message, warmly embraced by those who would prefer much of the economy to be nationalised (or at least see business so cowed it accepts being taxed to death) with Maca’s commitment to the Perkins-linked ride.

Maca entered the largest team last year, with an incredible 275 riders raising $1.3 million – about one third of the total amount generated by the event.

The big Maca contingent was riding in honour of former team member Daniel Frost, who died of bowel cancer at the age of 33 a year ago.

That level of connection is easily missed in this day and age of social media and a relentless news cycle.

This is a business that cares, and shows it. It is also a business that operates at the mercy of many bigger mining companies, government policy, global prices and at times stifling bureaucratic process.

It is important that those who influence business – voters, politicians and other community leaders – without volunteering a cent of risk capital understand that there is more to most businesses than a pure profit motive, as important as that most certainly is.

I was heartened, therefore, to see Deputy Premier, Health Minister and Mental Health Minister, Roger Cook, complete the Hawaiian Ride for Youth this year after being dared by event supporter Adrian Barich.

In a contribution that went far beyond merely cutting a ribbon or handing over a cheque, Mr Cook got to rub shoulders with other riders for five days, many of whom were among the corporate set. He also had to help raise the minimum funds required to be a starter.

It is important for our political leaders to understand the community in which they work. As a senior Labor figure, there is no harm in Mr Cook participating in such a ride; far from it. I can only hope he stays fit enough to play a role in the Maca-supported ride, which also has a strong link for a health minister, especially one in a government that has focused on science, education and all things Stem.

If not Mr Cook, perhaps we can afford to have Premier Mark McGowan on the road for a weekend in October to help raise awareness for cancer research funding. If nothing else I imagine there would be a rush of professional and amateur lobbyists rushing to sign up to be a part of such an event.