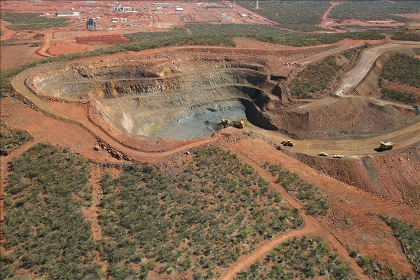 The current treatment of mining royalties under the Minerals Resource Rent Tax is unsustainable, and should be addressed by a reduction in royalties with offsetting increases in Commonwealth payments, a tax review panel has proposed.

The second interim report on GST distribution was released today, with the report panel - including former premiers Nick Greiner and John Brumby - saying it saw merit in both the states’ and the Commonwealth’s positions on royalties.

The panel said the federal government’s decision to fully credit state royalties under the MRRT had created an incentive for states to increase royalties, potentially increasing revenue without affecting investment.

The panel suggested three approaches: penalising states that increase royalties, revisiting the design of the MRRT and PRRT, and reaching agreement with the states on how to share the resource tax base.

The panel described the first two approaches as problematic, and recommended the third as “clearly the best way forward”.

“The panel concludes that an agreement on resource taxation between the Commonwealth and the states offers the potential to build upon the benefits of the resource tax reforms in a manner that could benefit all parties,” the interim report said.