How do you budget for an iron ore boom that no-one believes will survive more than a few months? 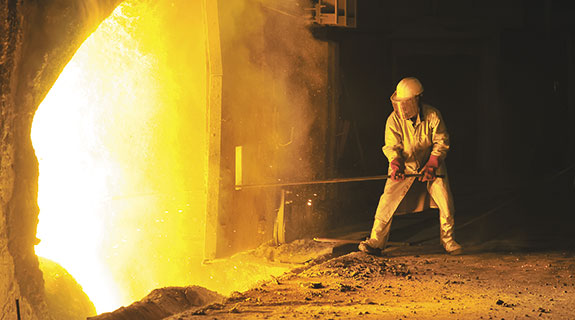 The Chinese government has been trying to cool the country’s steelmaking industry.

How do you budget for an iron ore boom that no-one believes will survive more than a few months?

Apart from fiddling with tax and superannuation policy, that is the biggest challenge confronting the Australian and Western Australian governments as they prepare to publish their annual budgets in the hothouse of a pre-election climate.

In theory, if either government was prepared to incorporate the latest iron ore price of around $US65 a tonne in its budget, there would be at least an extra $10 billion in tax and royalty revenue available this year alone.

What seems more likely, however, is that both governments will use a much lower price for Australia’s biggest export earner – an iron ore price closer to $US40/t.

When iron ore price assumptions are revealed in Scott Morrison’s first budget papers, which start to be released later today, it will trigger a debate about whether governments understand markets or whether a stash of cash is being set aside for electioneering purposes.

Tempting as it is to suggest that tax and royalty revenue will be boosted by the unexpected surge in iron ore since late last year, the reality is that the extra money is likely to disappear as quickly as it arrived.

The problem is that speculators and outright gamblers have taken control of iron ore through their activity on Chinese markets, especially the Dalian Commodity Exchange.

Massive bets on the Dalian market have turned iron ore into the hottest trading chip in a country notorious for its love of gambling, with billions of dollars a day wagered every day on which way the iron ore price might move.

The people doing the trading have probably never seen a lump of iron ore and really don’t care what it’s used for; all they know is that everyone else is playing the game and they don’t want to miss out.

For a commodity that once had a price that moved annually (and sometimes not at all for several years thanks to a mutually agreed price-setting deal between iron ore miners and Asian steel mills), the sight of real-time price movements every few seconds is astonishing, and dangerous.

For Australia’s iron ore miners, the problem of Chinese gambling in iron ore is bittersweet.

On one hand the price, which is up 50 per cent since the start of the year, represents an unexpected revenue boost.

On the other hand there seems no doubt that most, if not all, of the price rise will be swept away when sanity returns to the market or the Chinese government intervenes, because what’s happening is emerging as a threat to an attempt to cool the country’s steel industry.

But that’s when the Chinese government will be forced to confront a problem of its own making, and one that has flowed all the way to Australia’s iron ore industry and the government budgeting process.

Three years ago, China recognised the problems being caused by its massive steel-making industry, a business once encouraged to underpin the country’s rapid economic growth but one that had grown too big leading to overproduction and appalling environmental pollution.

On top of the domestic problems, a slowdown in China’s growth led the steel industry to dump its surplus output onto the world market, triggering crises in other steel-making countries, including Australia, with South Australia’s Whyalla steel works facing closure in the face of cheap imports.

Curbing steel production became Chinese government policy, with a resulting slowdown in demand for iron ore, and a fall in the iron ore price.

However another change in policy was implemented last year aimed at encouraging growth, which had slipped too low and risked social unrest, when the Chinese government moved to relax financial rules.

As a consequence, there was a flood of fresh credit into the banking system.

This new money was not intended for the steel industry, but that’s where a lot of it has gone, sparking an unwanted steelmaking boom and a surge in demand for iron ore.

The iron and steel game will end, nothing is more certain, because the government doesn’t want it, steel storage yards are full, economic growth is not accelerating, and the export flood is causing global problems that could start a trade war.

What’s not known today is precisely when it will end, but it is significant that most investment banks are factoring in an end-of-year iron ore price of around $US40/t, the level likely to be used by the Australian and WA government in their budgets.

For local investors, who have enjoyed the recent rise in the share prices of iron ore miners such as Fortescue Metals Group, Rio Tinto and BHP Billiton, it might be wise to keep an eye on what’s happening on the Dalian Commodity Exchange; because the first sign of a collapse in trading there will be quickly reflected here.