The Royal Flying Doctor Service today received $23.7 million from the state government’s Royalties for Regions program to help fund additional and replacement aircraft as well as developments at its Broome facilites. 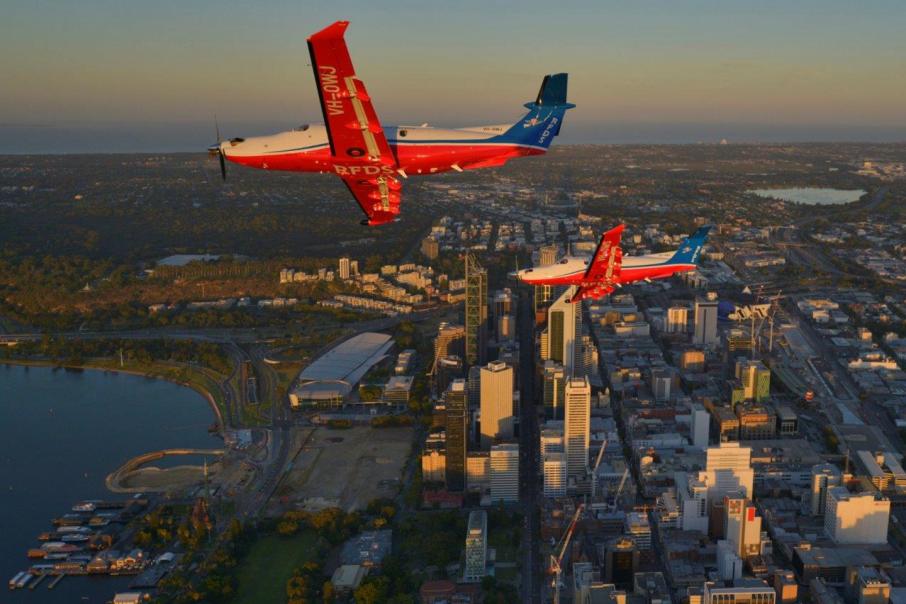 The Royal Flying Doctor Service today received $23.7 million from the state government’s Royalties for Regions program to help fund additional and replacement aircraft as well as developments at its Broome facilites.

The $23.7 million is part of the government’s $67.39 million Royalties for Regions investment in the Country Patient Transport Project, where funds will also be directed to supporting regional ambulance services.

RFDS chief executive Grahame Marshall said the funding would contribute to the purchase of two additional aircraft, two replacement aircraft and would add to developing its Broome base, which opened in May this year.

“We currently operate a fleet of 15 aircraft; given the continued high level of need for our aero medical services, aircraft need to be replaced after about 10 years and we have two due for replacement over the next six months,” he said.

“This new funding will enable us to place an additional aircraft at our Broome facility, further boosting our capacity to provide world leading aero medical care and emergency response to people living and working in the Kimberley region.”

Mr Marshall said the funding would assist the service in continuing to meet increasing patient demand.

“Demand for aero medical retrievals in Western Australia remains at record levels and we are working hard to ensure that we are always there,” he said.

“Last year the RFDS provided aero medical assistance to 25 patients per day on average, across all parts of WA.”

Health Minister John Day said the RFDS transferred more than 9,000 patients a year in WA and provided a service that was critical for access to emergency care for rural patients.

“Over the past six years, transfers have grown by about five percent a year and performance targets have improved despite increasing pressures on the service,” he said.

“The RFDS provides a vital health link for people living in remote areas of WA and the recently opened Broome base and two new aircraft will help it meet growing demand.”

Other regional services benefiting from the project include the Patient Assistance Travel Scheme ($32.23 million), the WA Country Health Service ($8 million), as well as St John Ambulance’s community paramedic program, where funds will assist in recruiting and training volunteers at 22 centres across regional WA.

The $23.7 million funding received today is separate from the RFDS $50 million Aero Medical Fund campaign, which was launched in 2015.

In May, the campaign was just past its first year with around $14 million raised so far, most of that amount coming from Rio Tinto.

Mr Marshall said it was a highly aspirational goal for the campaign that would largely be used to fund the purchase of new jets but hopes to raise the remaining $36 million or so by May 2018.