The chairman of the Rottnest Island Authority has responded to his predecessor’s criticism of the island’s management and governance, highlighting a positive development agenda at the resort in recent years. 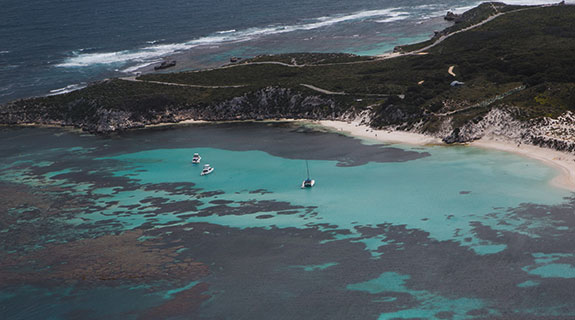 UPGRADE: The RIA is aiming to provide a more contemporary experience for visitors to Rottnest. Photo: Attila Csaszar

The chairman of the Rottnest Island Authority has responded to his predecessor’s criticism of the island’s management and governance, highlighting a positive development agenda at the resort in recent years.

In responding to a critique of the structure of the island’s governing body contained in a new book Rottnest: Where To From Here?, RIA chairman John Driscoll said there had been strong recent progress towards improving the island in terms of visitor facilities, as well as the efficiency of its background operations such as running utilities.

Mr O’Meara questioned whether the current structure, as a state government agency, was able to efficiently navigate between the needs of a tourist resort and political challenges of managing environmental, heritage and affordability issues.

Mr Driscoll said the RIA had achieved much in recent years within the existing structure.

In letter published online by Business News, he noted concrete steps towards a major extension of the hotel, the island’s first upmarket camping site, plans for a luxury resort linking the existing lodge to Rottnest’s now fully redeveloped nine-hole all-season golf course, and a much-anticipated marina and hotel development.

“Past indecision on Rottnest could perhaps more fairly be described as a reluctance to do anything that might upset Western Australia’s unique and special love for Rottnest,” Mr Driscoll said.

“This love is not changing but is being replaced with an expectation that Rottnest can provide a more contemporary experience, so long as all steps are taken to protect the island’s environment and its unique, laid-back style.

“The appetite for change has led to processes being put in place for new developments on Rottnest.”

Mr Driscoll further pointed out efforts to improve efficiency, such as outsourcing more activities on the island, and securing funding for new utilities projects such as a solar farm.