A new book on Rottnest Island has blamed the governance structure of the holiday resort for the long-running failure to financially capitalise on its popularity as a tourist destination. 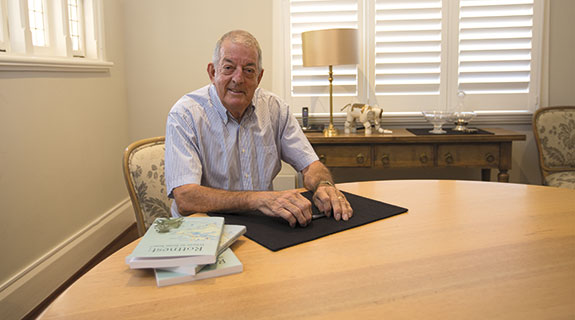 A new book on Rottnest Island has blamed the governance structure of the holiday resort for the long-running failure to financially capitalise on its popularity as a tourist destination.

Written by former Rottnest Island Authority chair Laurie O'Meara, Rottnest: Where to from here? documents the island’s history from colonial days, highlighting that decisions made during the past century still heavily influence the way the resort operates and deals with development.

Mr O’Meara said the island’s management by a separate, stand-alone agency established by legislation in 1987 was the biggest impediment to a sound financial footing. It created a governance limbo, imposing big and unnecessary constraints by having the public service run a holiday resort.

The biggest issue for Rottnest was managing its own power, water, sewerage and waste on an environmentally important class-A reserve with heritage concerns. However, due to its structure, it was unable access funding such as Royalties for Regions or from the Commonwealth Grants Commission.

“A focused examination of the island’s method of administration would surely reach the conclusion that the model is flawed and in need of bold action,” Mr O’Meara writes.

The former deputy chair of the Tourism WA, who ran the Emerald Hotel in Perth for almost 20 years, believes restructuring the governance model of the island might relieve some of the issues that remain unresolved despite five significant management reviews since 1972, although he admits there is no silver bullet.

“Perhaps a hybrid form of local government is an answer worthy of examination,” Mr O’Meara said.

“It would take away the ‘one off’ situation faced by the current administration and make possible a time-tested model familiar to the public.

“A major recast of the current legislation may be more palatable to both the government and the community.

“Whatever the direction, that such a review recommends, reduction in the current cost structure is essential.

“There is a need to ‘de-governmentalise’ the island functions and administration.”

Mr O’Meara said the island was further burdened by extremely high staff costs, with half the time of each employee’s journey to and from the island considered part of a shift. This was exacerbated on weekends and public holidays, when penalty rates made such costs much higher at a time when demand was at its peak.

High costs also extended to the authority’s own workforce which, due to its many responsibilities, was bigger than a resort might otherwise need.

Mr O’Meara said this and the burden of running utilities had the biggest impact on prices.

“It is possible for the government to assist and help to maintain the affordability for families without calling on the taxpayers to subsidise their holidays,” he said.

“Their assistance should apply to relieving the authority of funding expenditure, which is the government’s responsibility.

“Attention will also focus on the cost of operating the authority as this has an impact on the cost of accommodation and the amount sought from the admission fee.

“An authority, constrained by all the vagaries of such a system (state control), experiences considerable difficulties when faced with maintaining and operating an island holiday destination or resort.

“The most obvious and expensive of these is in respect to the conditions surrounding the employment and removal of staff.”

A further constraint was the broad community expectation that Rottnest remained financially accessible to all, a historic requirement at odds with most island resorts, where high operational costs tend to push operators to the premium end of the market in order to be financially viable.

Mr O’Meara writes that suggestions of private development on the island have emerged several times in its history. At its extreme this included selling off land on the island, but has generally focused on specialist accommodation and services.

As he outlines, recent attempts to develop upmarket accommodation and even a marina have been thwarted by public opinion, economic conditions, high costs and bureaucratic constraints.

For those who want to purchase it, you can find the book here: http://www.trybooking.com/KBYX

Listen to a podcast interview with Laurie O’Meara at https://www.businessnews.com.au/article/Rotto-s-last-resort